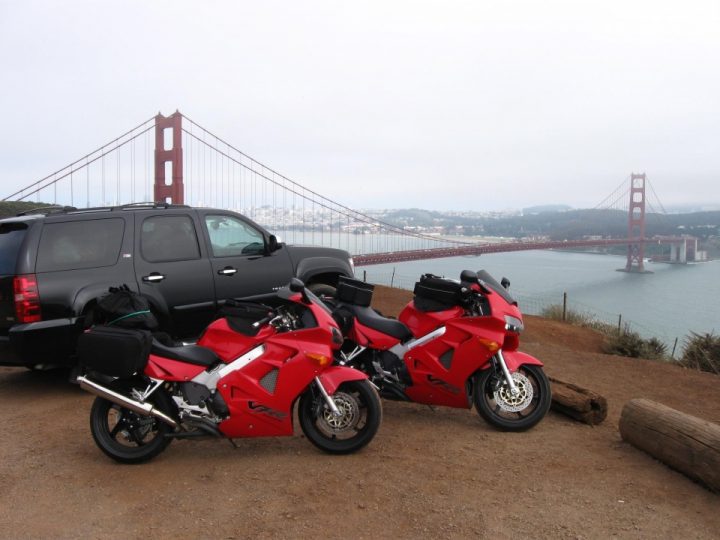 Facebook is a funny thing, both funny peculiar AND funny haha. I have a good FB friend who lives in Oregon in the USA. He’s a keen motorcyclist and a passionate follower of drag racing, especially the Altered class where his family and close friends have been involved for many years. Since, it seems, every car or bike in competitive drag racing has been altered in some way, perhaps I’d better explain.

In drag racing parlance an altered car is a short wheelbase, front engined car. The driver sits behind the engine and the choice of powerplant is pretty open. No aerodynamics of any kind are allowed so the cars tend to be pretty basic and pretty brutal, as evidenced by this example. 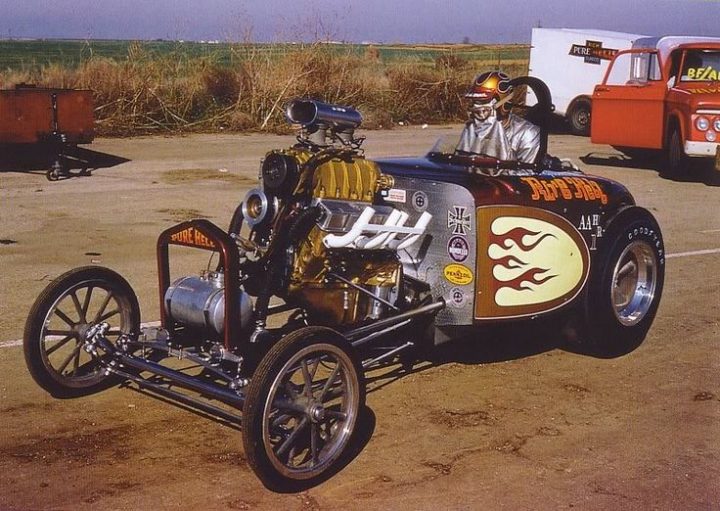 There are no “cheap” categories in drag racing but afficianados of the altered class do point to a reduced racing bill for this class compared to Top Fuel, for example.

Anyway, Sam regularly posts pictures gleaned from both his own collection and from the internet. He is a true enthusiast whose only proviso is that, if it has a motor, it’s worth looking at. So his FB feed also tends to be littered with pictures of drag racing and LSR boats including examples from the golden era of hydroplane racing in the 50’s.

Yesterday he posted an “on this day” pic from 2010 the one shown above. Of course it got my attention for a number of reasons. Firstly, of course, there are VFR’s in it; Sam’s is the one in the foreground (I think). Secondly because it brought back memories of the wonderful time I spent in San Francisco and the great guided tours that I enjoyed courtesy of my hosts, sidecar enthusiasts, Wade Boyd and Christine Blunck. I didn’t quite stand on that spot while viewing the Golden Gate bridge, I was down on the lower car park level. 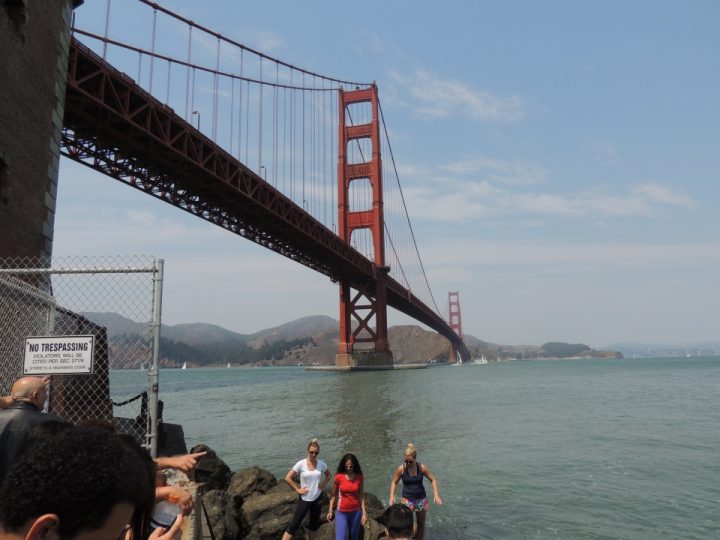 And thirdly it reminded me of a similar photo that I took quite recently. 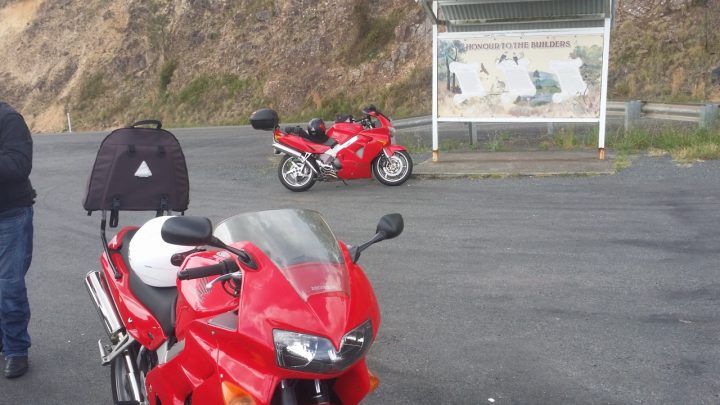 In this photo my bike is in the background but it doesn’t really matter. What these two photos illustrate best of all is the worldwide community of motorcycliing. Separated in both time and distance but yet they are the same.

And I guess that, at this Christmastime, that’s what matters most. Some of our brothers and sisters are doing it tough at the moment while for others, everything is sweet. It is our love of motorcycling that binds us together and enables us to empathise in the bad times and rejoice in the good ones. It enables us to feel that we are a tiny part of something that is greater than we are and yet to which we bring a unique and valued contribution.

So, on behalf of me and my family I’d like to wish all my readers the very best for this most special of seasons. A merry Christmas and a happy new year. Enjoy your holiday (if you are having one) and, most of all, be kind to each other because, in the end, it matters not how rich, how successful or how famous we may become, what will be remembered of us long after were are gone is what kind of person we were.

If you’re riding, ride safely and if you’re travelling for any reason over the festive season, travel so that you will be sure to get home safely again.