You are here: Home / Electric? No, thanks.

Motorcycle web sites and forums have been all a-twitter (sorry ’bout that) for months now about the concept of electric bikes. There is even talk now of an electric bike racing series. Sounds to me like a colossal yawn. Unless they can divert some of the electricity and put it through a sound generator that can make the bikes sound like an RCV212, I’m not going to get excited any time soon.

And the concept of road-going electric bikes (except for the inner confines of large cities) seems equally ludicrous. Who wants a bike that has to be plugged in all the time and whisks you silently through the countryside? Not me. And no mention is ever made of the huge carbon footprint that is generated every time one of these super-dooper batteries is made and then has to later be trashed. But, let them play. I guess if it brings about longer-lasting batteries that are smaller, cheaper, easier to produce, less polluting and last longer then I won’t have to worry about charging my mobile phone so often. 🙂

Honda Australia have produced the following ad to cash in on the parent company’s hiring of Casey Stoner. Nice ad, and a nice track too. I’m guessing it’s that super private track up in Queensland.

Who remembers the Hesketh? Produced in the early 1980’s by Lord Hesketh, who also dabbled in F1 for a while, it was going to the Rolls Royce of motorcycles. Unfortunately, like many such ventures, the actuality fell somewhat short of the plan, though contemporary road tests were basically complimentary with the exception of a very stiff gearshift mechanism which came in for a lot of criticism. Like most similar ventures, it ran out of money before it could be fully developed and the good Lord lost interest and went and played with other toys instead. 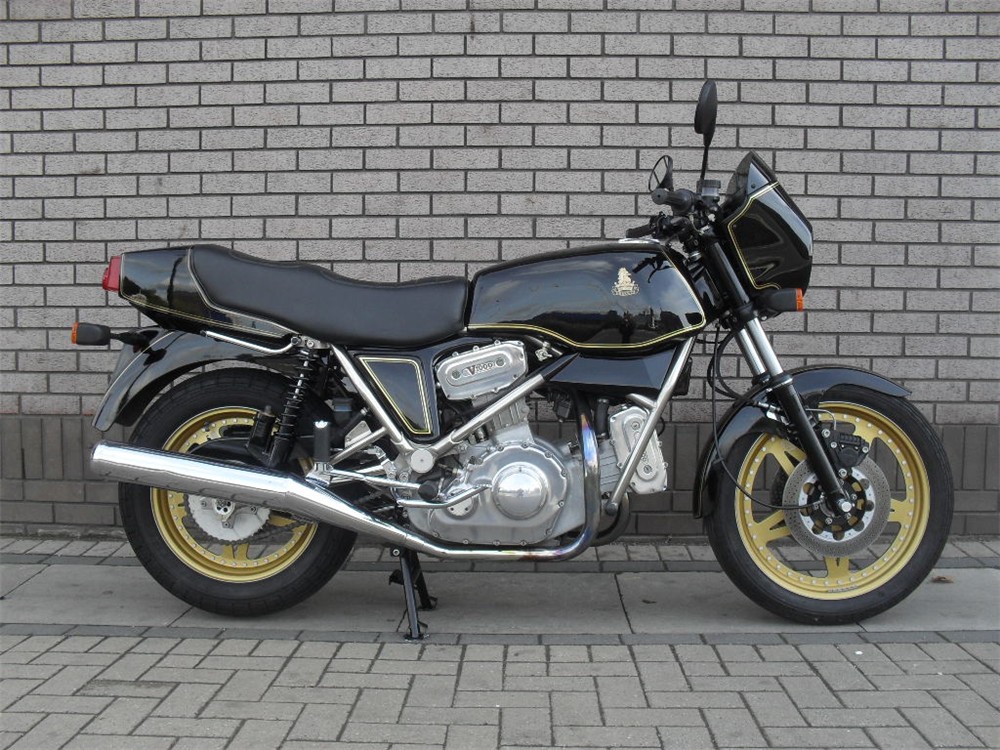 Well, it seems that someone else is now interested in reviving the name. Paul Sleeman, a London businessman, has bought the rights to the name and is promising that the last 5 V1000’s will be produced and sold, followed by a brand new bike, featuring a V-twin engine producing around 150 bhp. Development of this new, 72 degree engine, is apparently well advanced with dyno testing due to begin in around 6 weeks. Sounds like a great concept, but, like the original bike to bear its name, it’s likely that the new contender will struggle for acceptance and cred like its predecessor did.

Tomorrow I’m off to the Fracture Clinic for X-rays and a follow up on last Wednesday’s surgery. Hopefully it will have achieved what they wanted it to, that is, collapsing the femur along the internal rod so that the ends can join up. If it hasn’t (and there’s a chance it won’t because the rod could be stuck inside the bone) then the next step is to remove the rod and replace it with a shorter one. This will involve opening up the knee again and withdrawing the old one through the bottom of the femur and replacing it, not something that I really want to consider. But, if I want to be fully fit again, then I might have to consider it.

I’m hopefully off to Canberra this weekend to deliver the Shadowfax motor to the mechanic who’s going to rebuild it. I’m getting excited. Actually, if I can handle the travel, it could be a very nice trip.

My good mate, Warwick Nowland, is holding the official launch of his new race team, Warwick Nowland Racing, at Great Southern Motors in South Nowra on Saturday morning. How about dropping in if you’re in the area and encouraging the team? From there I could head on up to Wakefield Park and call in on the PCRA meeting there and then on to the nation’s capital from there. Sounds good? It does to me, but I have yet to convince the better half of the “benefits” of the idea. 🙂

Oh, and here’s an interesting WSBK rumour doing the rounds of the press corps this morning. It seems that Aprilia is getting more than just a little interested in becoming the major supplier of bikes to the smaller teams, in the same way as Ducati used to do before they took their bat and ball and went home (sort of). Apparently Aprilia are presently courting the Liberty Team, who currently run Ducatis for Jakub Smrz and Sylvain Guintoli. Of even more interest (and possibly more widespread interest as well) it is rumoured that the long-suffering Francis Batta of the Alstare Suzuki Team is looking to replace his machinery with bikes that the manufacturer is actually interested in developing which Suzuki plainly is not. Apparently the rotund Batta is also firmly in Aprilia’s sights as well.

Could this be further evidence that Suzuki is looking to ease itself out of the international arena altogether? The rumours that this will be Team Blue’s last in MotoGp just won’t go away, this may be just another nail in the coffin. Watch, as always, this space.