While I was on the road last week a tragedy took place of which I was not aware. South Australian motorcycling lost one of its favourite sons when Greg Pretty, 1979 Unlimited Australian Champion, died after being involved in a 2-bike motorcycle accident in the Adelaide Hills. Pretty, arguably the best South Australian rider ever after the late Ken Blake, was renowned for his exploits on the various Yamahas, always sponsored by the SA Yamaha distributor, Pitmans Yamaha. He rode both production and racing bikes, finishing 2nd in the 1979 Castrol Six Hour Race on an XS1100, riding with the late Jim Budd, and also starring in several Swann Series races riding the fearsome TZ750 Yamaha. Watching him wrestle the TZ around was quite a sight.

If memory serves me, and it doesn’t seem to always do so these days, Greg also won the rain-soaked Coca Cola 800 at Sydney’s Oran Park raceway in 1981, riding a specially prepared XS1100. Head wrench, Malcolm Pitman, had sawed the back of the gearbox of the “Excessive Elephant” off and removed the shaft drive mechanism altogether, replacing it with a simpler and lighter chain drive, and Pretty and current Valentino Rossi team mechanic, Newcastle’s Gary Coleman, romped to victory in the streaming rain.

To think that Greg survived the dangers of the track only to die on the road is truly a tragedy. RIP another of our greats. 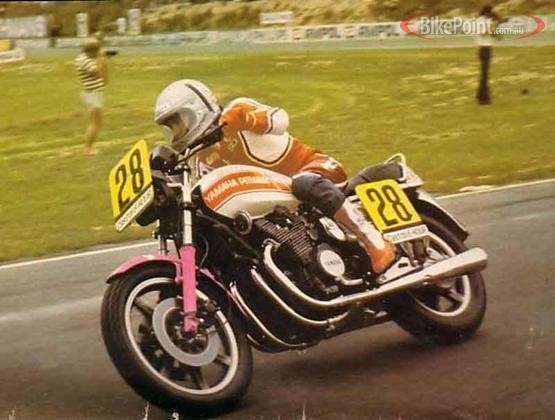 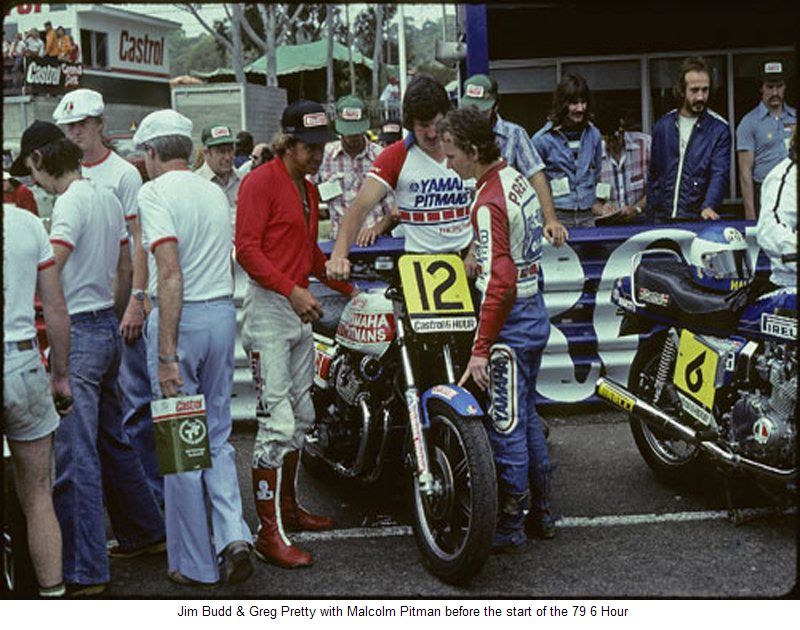 Ironically, the Pitmans XS1100 is sitting next to the Suzuki GS1000 of the late Alan Hales who was also killed in a road accident a couple of years ago on the old Pacific Highway.