You are here: Home / The long way round (with apologies to Ewan and Charlie)

A wonderful series of pictures from the camera of Riles and Nelson and published on the excellent superbikeplanet web site. It features Danny Eslick (inside) and Dane Westby (outside) in a big braking duel during the DSB race at Road Atlanta last weekend. 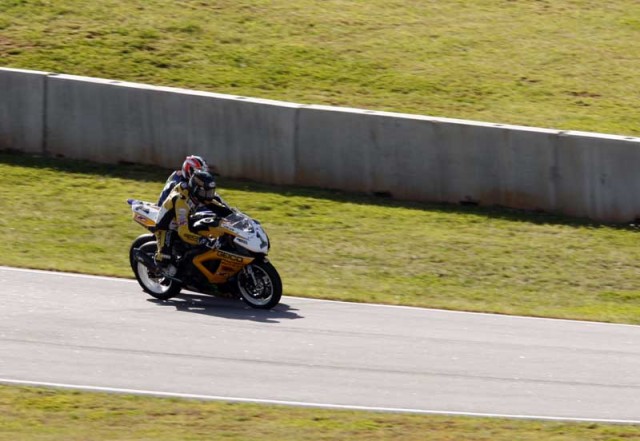 Westby decides that he can pass on the outside. But Eslick is braking very heavily, as can be seen from his fully-compressed front forks. 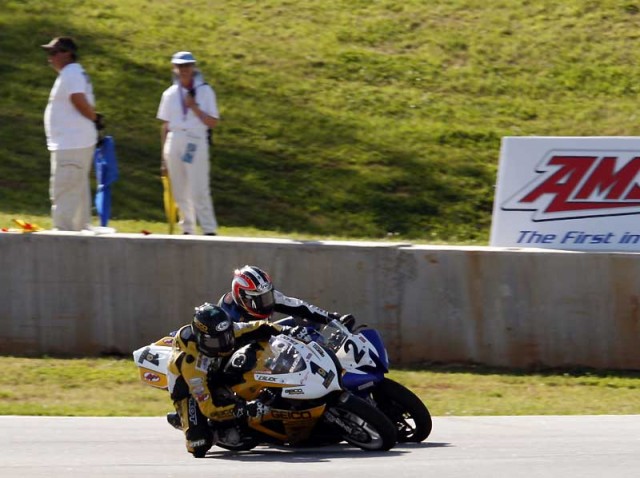 All is well so far, though Wetsby is probably committed to a little more lean that he’d like that early in the corner. 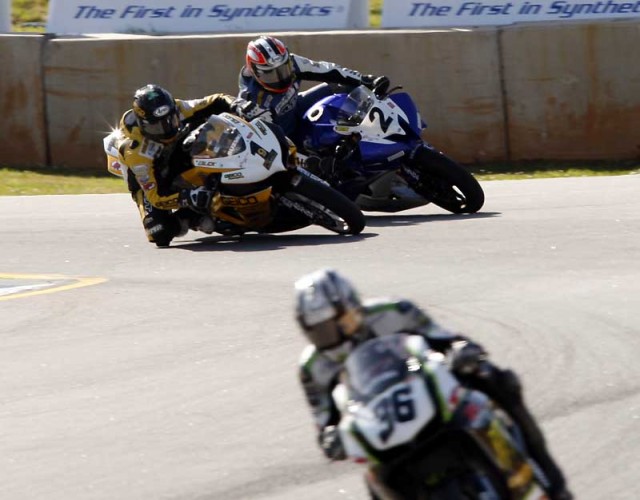 Eslick is in the box seat here, and Westby looks a little awkward but he’s still thinking he can make it. However, the bike is already drifting wide at this stage and looks set to keep doing so. 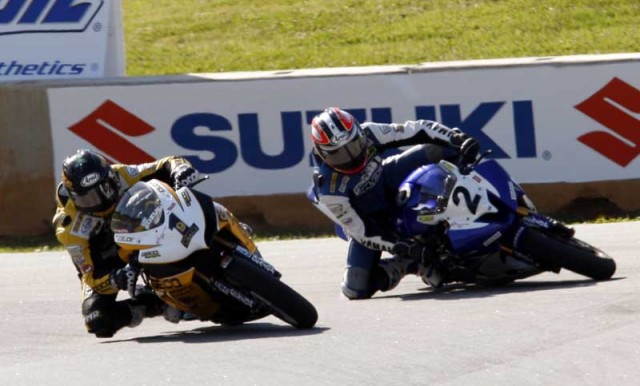 The bike has drifted off the good line. Westby has attempted to regain the line by leaning more, but it’s all gone pear shaped. The front tyre has just let go and he hasn’t realised it yet as the shutter is snapping. 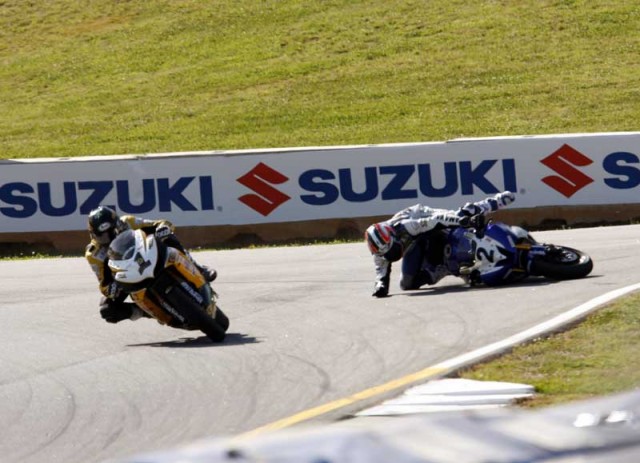 The front end has now washed out and the bike is carting Westby into the dirt. 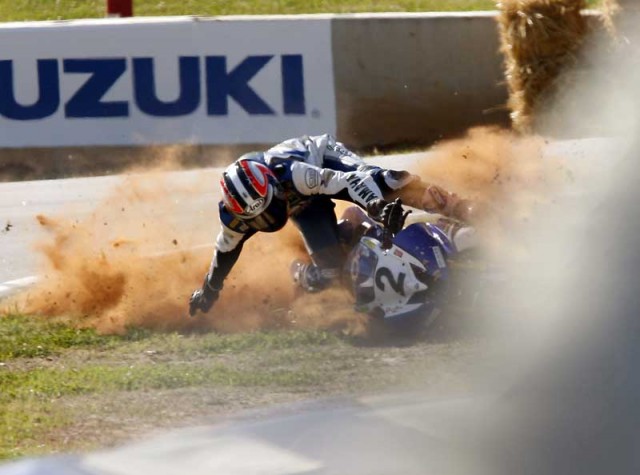 Ouch. Westby was helicoptered out to hospital with serious, but not life-threatening injuries.