You are here: Home / A sad memory 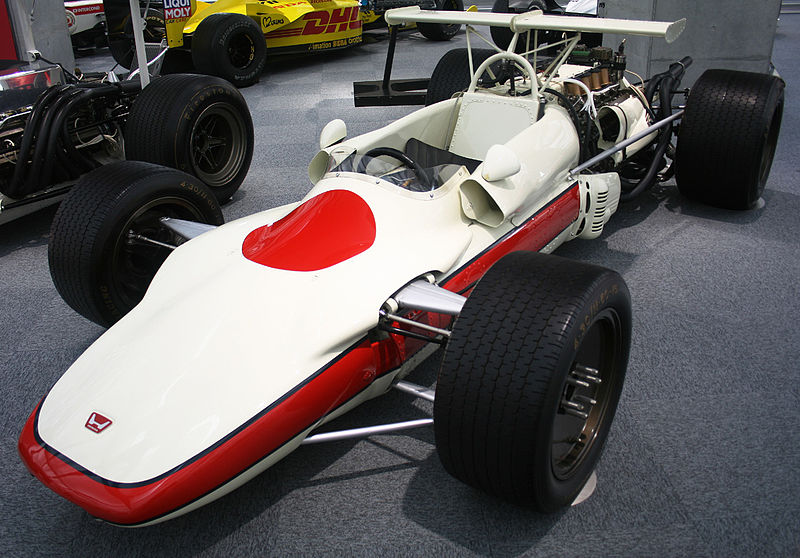 I woke up this morning thinking, for reasons that evade me completely, of Jo Schlesser. Jo, of sports car racing fame and an horrific death in the 1968 French Grand Prix at the  Rouen-Les Essarts circuit. It is a story that is worth telling and one which illustrates a point that is being oft made these days of corporate needs (greeds?) being all-encompassing.

Honda had entered Formula One in 1964, just four years after producing their first road car, an amazing fact in itself. Driven by two American drivers, Ronnie Bucknam and Richie Ginther, the cars enjoyed moderate success in the ultra-competitive arena, and achieved an amazing first win in the closing race of the 1.5 litre formula at Mexico City in the hands of Ginther, late in 1965.

In 1966 the formula changed to 3 litre engines and history will tell us that the first two years of the formula were dominated by the taciturn Australian, Jack Brabham who won the title in 1966 (the first and so far only person to win a World Championship in a car designed and built by himself) and by a New Zealander in 1967, the late Denny Hulme who beat his boss (Brabham) in a titanic struggle to the title.

Honda returned to F1 with a new car, all built in-house as the 1.5 litre car had been. It had a hugely powerful V12 engine (around 360bhp) but it was installed in a Honda-built chassis that was heavy and handled poorly. As a consequence, the team’s efforts were blighted by poor performance. Their #1 driver, ex-motorcycle and F1 World Champion, John Surtees, complained bitterly to the factory only to meet with the inscrutable “this is the way we do it Surtees-san” response that so many other riders and drivers have experienced since. Surtees, never one to suffer fools gladly, went to Lola designer Eric Broadley (he who designed the original Ford GT40) and asked him to modify a existing chassis to accommodate the V12 Honda engine. Honda execs were furious, but tempered their anger when the lap times showed that the car was hugely faster than what it had been with their chassis, so the experiment was allowed to continue. The car was nicknamed the “Hondola” much to the chagrin of Honda personnel.

Their annoyance was mollified even more when Surtees, driving the Hondola, won the Italian Grand Prix at Monza that year, beating Jack Brabham and the late Jim Clark in a blanket finish by less than a car length. Many pundits still regard this race as being one of the greatest F1 races ever.

On to 1968. Work continued with the RA300 from Italy, but Honda still simmered that the car was not a REAL Honda. So development work began on a radical, new car, one which would leap-frog the opposition and show the world that the Japanese giant could do it all. The car was the ill-fated RA302.

Remembering that this car hit the track in 1968, 43 years ago, just how radical and forward-thinking it was in its design is apparent. It’s not that far removed from the concept of a modern F1 car. But there was much more to it than just a radical design. Since the advent of the Lotus 25 in 1963, all F1 cars had had monocoque chassis (except for those built by the stuffy old traditionalists, John Cooper and Jack Brabham). An alloy ‘tub”  enclosed the driver, the fuel tanks and underslung the engine and, from the tub, the suspension components were slung.

The RA302 went further. Reasoning that a low centre of gravity was one of the keys to good handling, the 302 had a mono tub from which the engine was suspended instead of being supported. This lowered the engine and technically, should have allowed even better handling. Unfortunately, on the tragic weekend in July, Honda, in their haste to gain the technological high ground and leap-frog their opponents, brought a car that was still under-prepared for racing to the Rouen circuit. In private practice Surtees declared the car to be unready and that it handled very poorly. Surtees refused to drive the car.

Honda execs were furious (again) and, with the help of Honda France executives, drafted in the experienced and likeable Frenchman, Jo Schlesser, to drive the car instead. It was a disaster, for everyone concerned. Two laps into the race, Schlesser crashed the RA302 and the car’s fuel tanks, still filled with 58 litres of petrol, ignited. Attempts were made to put out the fire but Honda’s technological obsession mean that Schlesser’s life would never be saved. You see, in an effort to learn from the RA270’s errors, Honda had gone for a very lightweight chassis on the RA302. It was made, inexplicably, of magnesium! Despite the best efforts of the marshalls, the car continued to burn until there was only the steel bits of it left. Hopefully, poor Jo had passed away long before that.

It’s funny how you remember some things so clearly sometimes, isn’t it? I remember that day so well. I was sitting in a ute in Belinda Street in Gerringong. I was working for Kiama Council as a labourer, saving money to pay my way through Uni the following year. The three of us who were working cleaning gutters and water tables of grass and debris, had taken shelter in the car while a tropical storm raged outside. The car radio was on and the news came through that Jo Schlesser had been killed in the French Grand Prix.

Honda revised the RA302 for the next race, amazingly, and brought it to the track. Again, Surtees refused to drive it and it was packed away and Honda withdrew completely from F1 racing at the end of the 1968 season as a result, not returning in any form until 1983 and then only as an engine supplier.

I must say that there are many times that I stop and think again of that tragic day and how corporate pride and ambition cost a wonderful man his life. In later years, Jo’s good friend and fellow racer, Guy Ligier, built his own F1 cars. The prefix letters to each model of the Ligier F1 cars was “JS” in honour of Joe Schlesser.