Unsurprisingly, I ended up with millions of hits about road CYCLING, but, amongst the chaff my attention was drawn to some words in a site about car racing. I opened it up and, lo and behold, one of the forum members had published these photos.

These depict the very first Road Closure in October 1978, made clear by the fact that the S/F line was down on Coyne Street and by the picture of Stu Avant who only ever raced at Macarthur once. They were taken from the spectator stands on the side of Jackie Howe Crescent and really reflect just how laid-back and 70’s-ish the meeting was. My thanks to Terry Walker, the photographer. 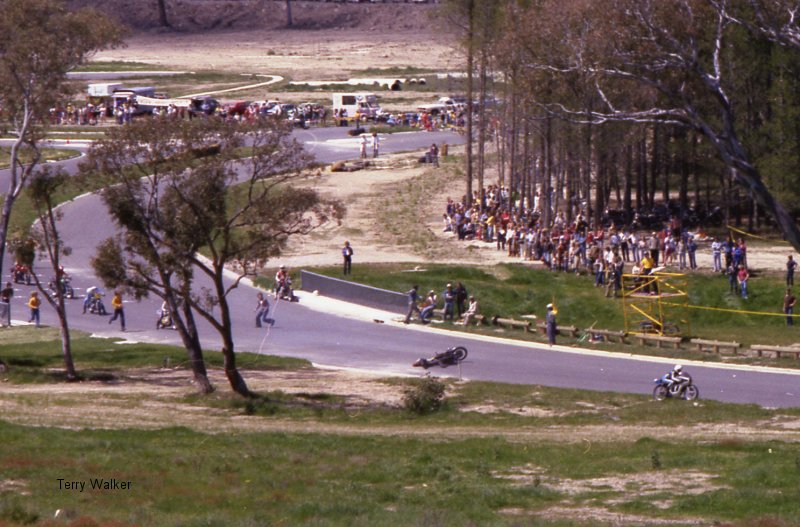 This looks like a crash on the warm-up lap of the 125cc race. It looks like Frank Loki #2 taking avoiding action on the grass. 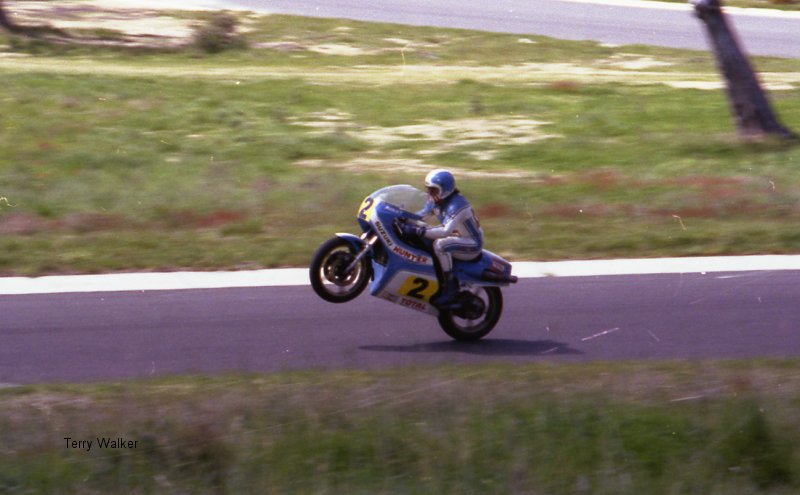 Stu Avant, on the Hunter Racing Team Suzuki RG500 won all the big races at the very first meeting. 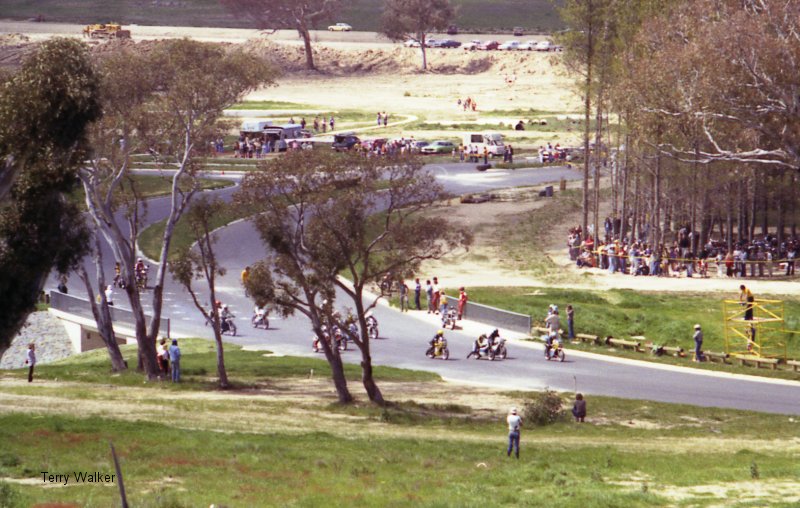 Really hard to tell, but it looks like the start of either the 250cc race or the 350cc race. 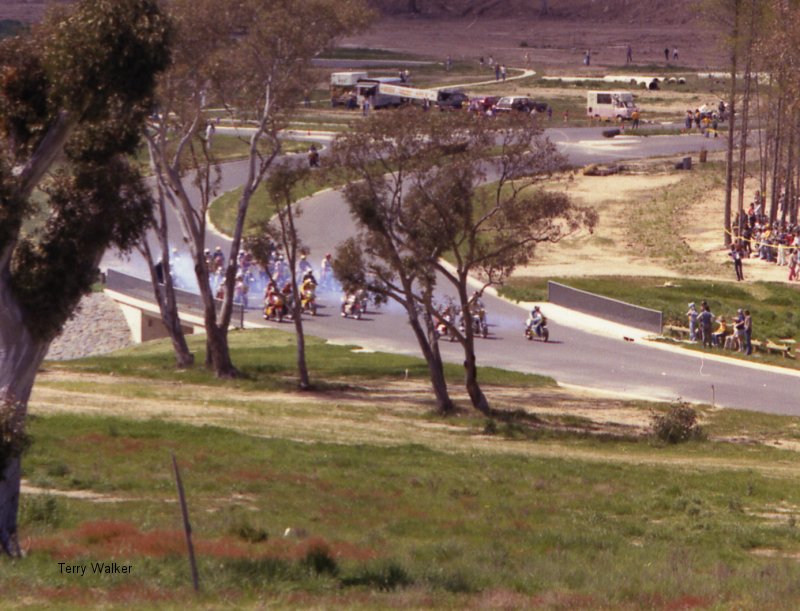 This is the start of the Unlimited Race. Avant is already away here with the late Roy Dennison’s Kawasaki just peeping out from under the tree.

To say that these photos bring back some wonderful memories is the understatement of the month.

And, lastly, one of my own (scanned from a print by a not-very-good scanner, sorry) 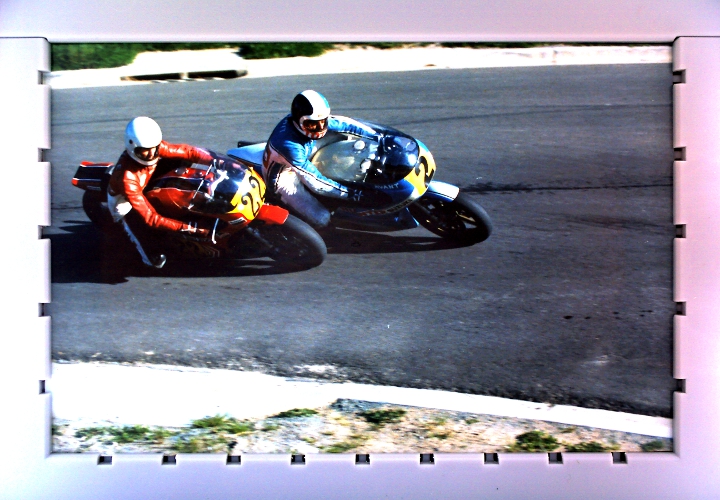 Stu Avant passing Murray Sayle (Yamaha TZ750) around the outside; coming off Coyne Street and heading up Jackie Howe Crescent.