You are here: Home / Remembering “Moose” 30 years on

This Easter weekend marks the 30th anniversary of one of the saddest race meetings I ever attended. It was Easter weekend, 1981 and Bathurst was the venue. It started badly. On Friday (in this case, far from “Good”) Sydney superbike rider, Alec Dick, lost control of his Kawasaki going down Conrod Straight. The bike veered onto the grass verge where it encountered a hidden concrete culvert. Alec was thrown from the bike and died at the scene. Coming just two years after the death of the legendary Ron Toombs, Alec’s death cast a pall over the rest of the weekend.

Nevertheless, racing went on, as it usually did. I wasn’t photographing that weekend, I had been asked to share race commentary in the main commentary box on the main straight. I was working with Will Hagon and Noel Christensen, while commentary duties in the tower at Skyline were being shared between Ross “Splinta” Pentecost and Dave Curtis.

I was in the process of calling the Unlimited Grand Prix on the Sunday afternoon when a strangled voice came over the PA from the commentary box on Skyline. Recovering quickly, Dave announced that Rob Moorehouse had crashed just below the commentary box. Somehow the tone of voice and the fragmented comments were the give-away that all was not well. Soon the red flags came out and the race was stopped. My brother, Paul, was photographing nearby and he filled in the details afterwards when the media bus brought him and the other photographers back to race control. Rob’s bike had crashed into the armco fence at Skyline and Rob’s body had been caught between the armco and the road. Paul was too shaken to say much more than that, and, to this day, he has never said anything more about the specifics of the accident.

Rob was a very popular Queensland-based privateer. He competed regularly in his home state and travelled further afield for the more important interstate events, such as Bathurst and the Castrol Six Hour. 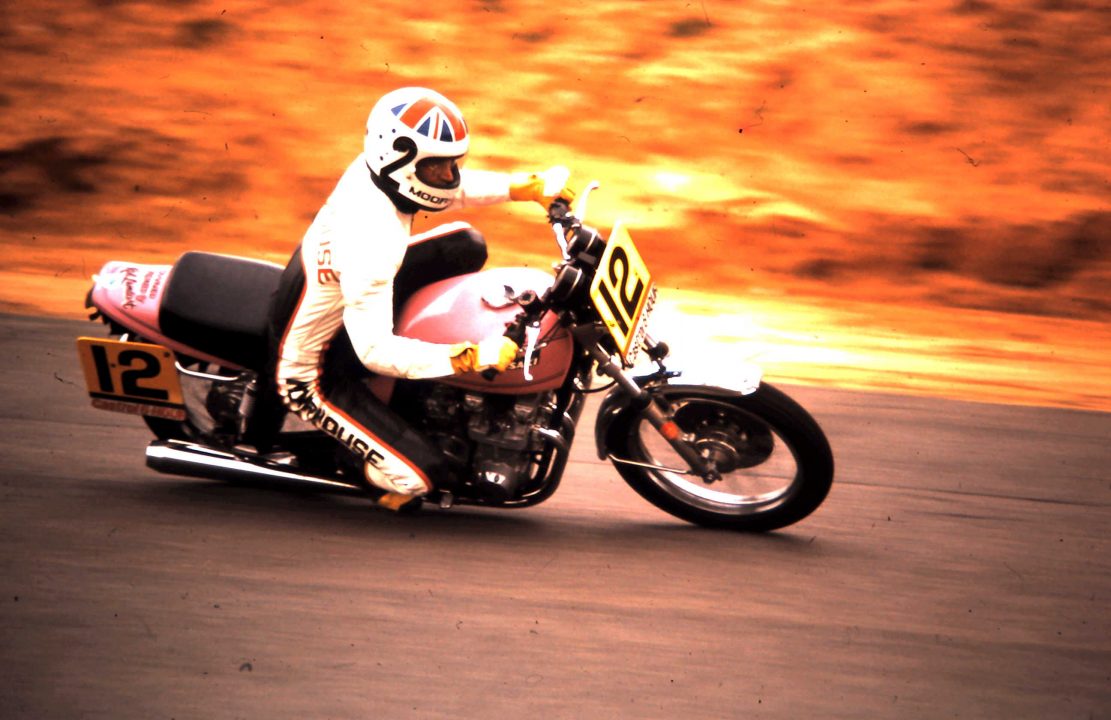 Here he is at the 1976 Six Hour on a Z650 Kawasaki that he shared with another Queenslander, Steven Klein.

He was a “gentleman racer”. Nobody knew, or, if they did, they didn’t say, where his money came from, but he always had top notch gear, was always immaculately presented and towed his race bike to meetings behind a Rolls Royce Silver Cloud! Yes, really. The Union Jack on his helmet was his signature and his broad smile and easy-going manner was his hallmark. Rob was well over 6 feet tall and solidly built, so wrapping himself around a race bike must have been a challenge. 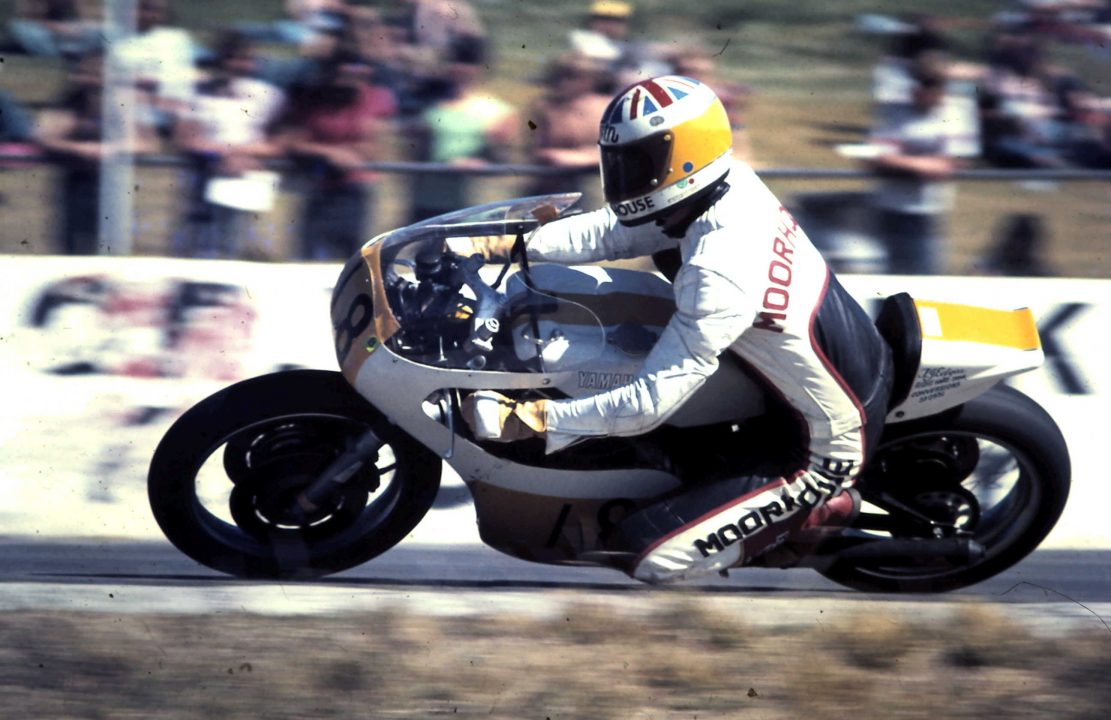 On the day he died, 19th April, 1981, almost exactly 30 years ago today, he was riding his Yamaha TZ750 OW31 replica (pictured above). At the time it was said that a brake line to one of the front disks on the bike had worn through on the front tyre and that he had arrived at Skyline, attempted to brake only to find that his brakes were not working. Instead of turning right after the crest of the hill, he went straight ahead and into the armco fence (the gravel trap on the left of the track after Skyline was added later, partly as a result of and in response to, Rob’s accident).

The explanation seemed plausible as many competitors chose to run the Bathurst meeting without a front mudguard, thus exposing the front tyre. The reason for this was that, at top speed down Conrod Straight, the front tyres used to actually swell, such was the centrifugal force generated, and the tyre would eventually bind on the underside of the mudguard, slow the bike down and destroy the tyre.

Some teams relocated the mudguard on a fork brace to allow for the extra clearance, but most just dispensed with it, as shown here on Rob’s TZ. Unfortunately, in solving one problem it created another since the mudguard also had brackets that secured the hydraulic lines to the front brakes and kept them away from the tyre. Cable ties were usually used to counter for this loss.

It is only recently that the full story surrounding Rob’s tragic death has come to light. In the rush to get the bike to the grid, the cable tie was not attached and, on the grid, the omission was noticed. In the panic before the start, the bike may have been sent out with something other than the correct cable tie securing the brake line. Now whether this is true or not, I cannot verify, but the circumstances, as I described them here, have been relayed to me from a number of sources, so I’ll leave it at that.

Suffice it to say that the brake line DID come in contact with the tyre and wear through, with fatal results. And the real tragedy of it all was that Rob was running in about 8th place at the time, tooling around, having a great time as he always did.

And so we lost Rob, or “Moose” as he was affectionately known. A true gentleman, an honest racer and a racer who raced just for the fun of it. Life can often be so unfair and it certainly showed it on the 19th April, 1981.

RIP, Rob “Moose” Moorehouse. You may be gone, mate, but you’re not forgotten.

My thanks to a Facebook buddy who reminded me that this same weekend also saw Dennis Neill’s horrendous accident on Mountain Straight where the front wheel fell out of his Honda superbike as he wheelied over the crest. The injuries he received in that accident effectively ended his road racing career. It was also the weekend that saw my mate, Kent, crash the Shadowfax Kawasaki at McPhillamy Park and end up in Casualty along with Dennis Neill. Kent maintains that that was one of the most harrowing experiences of his life.