You are here: Home / News and Updates / Starting over 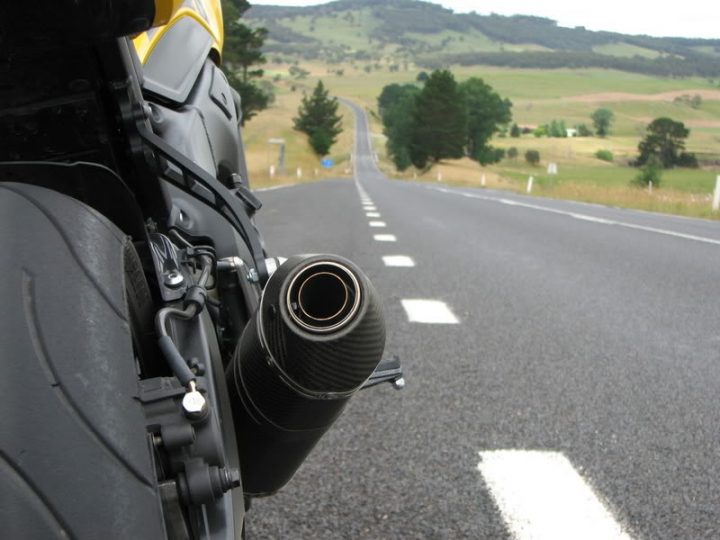 I’m sure that most of my readers will instantly recognise this scene. I wonder how many of you have stopped at this point and taken this photo? I know, I have. The point of the photo is that, like many things that are familiar, we sometimes don’t miss them until they are gone. A situation that has happened here has reminded me of this once again.

As most of you know I have been a member of my local motorcycle forum for over 10 years. My membership # was #30 so I joined almost as soon as the forum opened. Like most clubs and loose aggregations of individuals, the forum has had its ups and downs over the years but has been a great place to hang out and have fun.

Unfortunately, late last year an ugly dispute broke out between one of the administrators and a non-active member. It was a private deal and had nothing to do with the forum, but, as these things sometimes do, the consequences of it spilled over into the public arena with disastrous results. It resulted in the administrator and founder of the forum separating from the group and starting his own group. The forum continued operation until a few weeks ago when, for reasons that have not been explained, he closed the forum down and took it off-line. Even though he was no longer a member of the group, he still maintained control of the domain name registration and, most importantly, the hosting. So, suddenly, 10 years of forum activity and information was wiped out.

So, we are starting over, as the heading implies. We have registered a new domain name that maintains the local flavour, have a solid membership base from which to build as we still have a keen following on our Facebook site and are just about ready to launch the new web site and forum. It’s been hard work and, more than once, we have asked ourselves whether the effort is really worthwhile. Feedback from our Facebook members indicates that it is so we are going ahead. We have a good group of committed administrators and we are looking forward to the challenge.

On another subject, the days are drawing closer to our big holiday. We are busy prepping the Minbago mechanically and fitting it out for a more extensive expedition than those that it has previously undertaken. At the end of the month I will be having the solar setup fitted so that we are free from having to camp in powered (paid) sites and we can attempt to do as much free camping as we can.

Free camping is now a huge feature of the grey nomad scene. Friends have done the lap of Australia and only had to stay in a paid park for 4 nights altogether. We have joined a group that shares information about it and over 22000 members are constantly feeding in recommendations (and some non-recommendations) of places all around Australia where you can camp for free.

While we have 3 months available, we are not over-planning the holiday, preferring to have a rough idea of an itinerary and leaving it open to change as the need arises. Suffice it to say that the route will be approximately from Wollongong, north to Mt Isa to see some friends then across to the Northern Territory, up to Darwin and then back to the Queensland coast and a leisurely meander all the way back down the coast to home. Staying on the blacktop, we don’t plan on subjecting a 17 year old van to the vagaries of outback dirt roads, it should be a relaxing and enjoyable time of seeing a lot of the country and the countryside that we have never seen.

Needless to say I’ll try and take advantage of when internet access is available but my ability to post regularly may be restricted a little. We’re going to try and catch up with some of our internet friends along the way as well. Hit-out is planned for early June and back by end of August. Getting excited already!

Now that the web site work is nearly done I plan on getting back to posting here regularly, too. Thanks for hanging in there, I do apologise for my lack of activity.