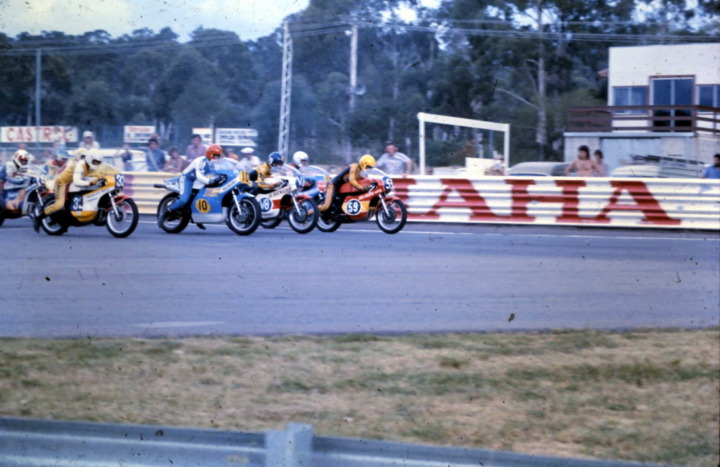 From time to time someone will remark about how the 1970s was the Golden Era of Australian road racing. Now it’s probably fair to say that every generation regards theirs as the best but, as someone who lived through that era I have not only my own feelings and affections for the 70s but also some pretty impressive stats to back up the contention.

To begin with, and this is probably the most telling stat of them all, the 1970s was the era of the TZ Yamaha. Now I will be the first to say that domination of any sport by any person or machine is a bad thing. The current situation in Formula One car racing is a perfect example. But the arrival of the TZ Yamaha in all of its iterations, meant that, for the first time ever in the history of racing, true, factory-replica race bikes were available, at a fair price, and to anyone who wanted to buy one. Let me give you an example (one should do).

When the D model TZ350 was released in 1977 the list price was $2800. Now that doesn’t sound like much but, in today’s currency that equals $A12363. So you can see that the initial purchase price was astoundingly cheap. But there was a bit more to that. If one bought one (the TZ250 was only very slightly cheaper and many riders thought that the extra few dollars one had to pay for the 350 was well and truly worth it) the bike came complete with a spares kit of extra pistons, barrels, gaskets and enough gear to enable a rider to keep the bike fresh for a whole racing season. Indeed, if one looked after the bike, it was possible to have a very competitive season and barely touch the spares. If one did that, one could on-sell the bike at the end of the season, WITH an almost intact spares kit, for not much more than the figure that was paid to purchase it 12 months previously.

“But 12 grand is a lot of money, isn’t it?” I hear you say. Well, no, it’s not. Try and buy a brand new race bike today WITH a spares kit and see what those dollars will buy you; not very much, I’ll tell you.

It’s also good to remember that the 70s was a time of easy credit. I have several acquaintances from back in the day who just went down to the local Custom Credit office, took out a personal loan for 3 grand, went and plonked it down on the counter of their local Yamaha dealer and walked out with a TZ. My good mate, John Morgan, was given a brand new TZ350 for his 21st birthday present and his folks were just ordinary working people like you and me.

But there is more. Because bikes were mostly turned over on a regular basis, the grids were filled with not only a raftload of current bikes but also many, many more bikes that were a year, or maybe two old and which were still pretty competitive. A Facebook acquaintance of mine posted a scanned image of the grid sheet for the Junior (350) Grand Prix at Bathurst in 1977. There were EIGHTY THREE entries. Now tell me the last time you saw a grid that size at a modern race meeting.

And I’m only talking about the 250/350 TZs. There was also a 500cc version and a 750cc version and there were dozens of them here in Australia at the time. But then you have to also have to factor in the offering from Suzuki. In 1975 Suzuki made available a “customer” version of the RG500 grand prix bike. From memory 9 of them were on the grid at Laverton in February 1976 and they were all “privateer” bikes. Most of them stayed here or in New Zealand and the Senior class that had become a de-facto TZ350 class, was suddenly brought back to life.

I don’t remember who won but I “think” it might have been Quincey and I “think” that might have been the day when the amazing Victorian rider set a new outright lap record for the 1.9km course of 56 seconds dead. (don’t quote me).

Scenes like this were repeated all around the country on almost every weekend, at Club Days, C Grade days and Open meetings. It was champagne racing and there were not enough weekends for you to be able to see them all.

And from this depth of talent racing on excellent bikes arose the riders who went on to become the stars, not only of Australian racing, but world racing, riders like Wayne Gardner, for example. 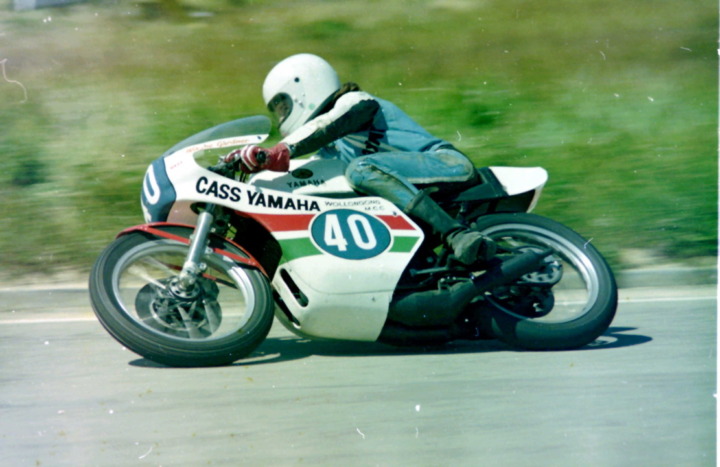 Were the 70s the Golden Era? I reckon they were.