You are here: Home / September 2019 / Stirring up some memories

Feeling just a little melancholic today as I will explain. It was 4 years ago this week that I attended the funeral of Australian racing great, Warren Willing. It was a sad day to observe the passing of a man whose racing and achievements had meant so much to me in my early days of following the sport. His death closed that chapter with his nemesis and great friend, Gregg Hansford, another of my great heroes, having passed away in a car racing accident more than 20 years previously and my all-time racing hero, Kenny Blake, having met his end at the Isle of Man in 1981. While there were dozens of great racers from that era, these three stood supreme and now they had all passed on.

Just a few months previously I had met Warren after not seeing him for probably 30 years. He was attending the Barry Sheene Festival at Eastern Creek and, while I had been told that he had been unwell, I wasn’t prepared to see first-hand, what the ravages of cancer had done to a man who, in my memory at least, was young, virile and active. A huge crowd followed him throughout the day including many people who had had much closer connections to him than I had had so I wasn’t anxious to push my attention on him as well. But, later in the day, I saw him sitting in the door of the Adams and Sons van, chatting with Alan Adams. I quietly sidled up to the van and said, “Warren, you probably won’t remember me..” He took my proffered hand and shook it warmly, “Of course I remember you, you’re Phil Hall,” he said. I was stunned and humbled. It was to be my enduring memory of Warren, off the bike.

And there I was at the Anglican Church at Parramatta to somehow pay my respects along with the myriad of others who gathered there for the same purpose. I rode up on the bike and parked it right next to the church. As I got off the bike and took off my helmet, I was greeted by Emanuel Blanco, a 1980’s racers who I remembered well and who is a fellow VFR owner. We chatted for a few minutes and then he said to me, “Isn’t it terrible about Dennis?” I knew that Dennis Neill had been in hospital for some surgery to his lung but, the last I had heard he was recovering well. I was horrified to hear that his condition had deteriorated rapidly and that he had passed away during the night.

So the day went from bad to much, much worse. Dennis was probably the last of the 1970’s superbike hard men. A brutally fast rider whose exploits on the track are part of Australian racing folk-lore, it seemed inconceivable. Dennis had done it all, Six Hour (above), Bathurst, a total lock-out of the 1981 Macarthur Park road races in Canberra..

..and a gutsy recovery from his horrific Bathurst accident in 1981, just a couple of weeks after Canberra. 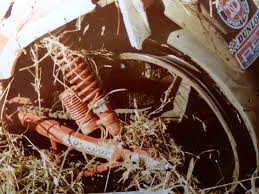 Dennis was larger than life, a cult figure in his own lifetime. Even years after that 1981 accident, he was revered and respected. He went on to a very successful career in the motorcycle trade and was known and loved by all. And, suddenly, on an already awful day, we had to deal with his passing as well. I knew him reasonably well. As a photographer and a commentator, our paths crossed frequently and I am proud to say that it was at my behest that he was asked to be guest commentator at the Macarthur Park Finale in November 1981. Sharing race commentary with him that weekend was a privilege that I will never forget.

It doesn’t seem like 4 years since he passed but, of course, it is. Thankfully, his memory is kept alive by his many friends and I was very grateful for him lending some of his own memorabilia to CRRC when we ran the Macarthur Park Retrospective in 2003. It included his Team Honda leathers from that 1981 race meeting as well as his boots and gloves and, from a separate source, his CB1100R Honda. 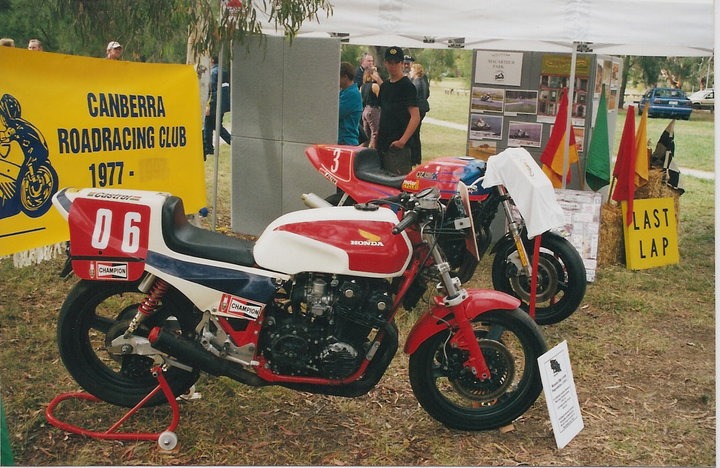 On a non-motorcycling note, it is also sad to record that it is 10 years this week since the musical world lost the unique talents of Mary Travers. Mary, a third of the famous Peter, Paul and Mary, folk trio, passed away on the 16th September 2009 after a long battle with leukemia. She was irreplaceable then and she still is. RIP Mary Travers.

However, lest we get completely maudlin I want to close with a real feel-good story. Regular “lifers” will have read of my stories about Bob Rosenthal, champion Victorian road racers from the 1970’s. Bob’s epic win at the 1978 King of the Weir road races, on a TZ750 in the streaming rain, stands as one of the all-time great motorcycle road racing performances in Australia. I have detailed the race and that weekend before so I won’t bore you with the details again, but here’s a couple of pics from that day (not mine, my camera stayed in the bag out of the rain). 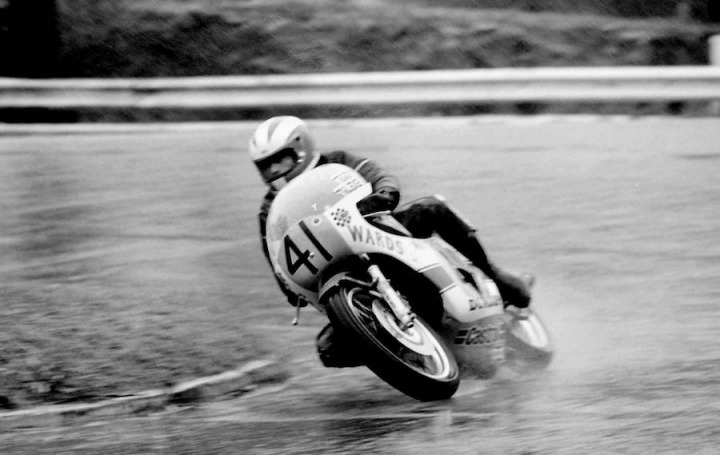 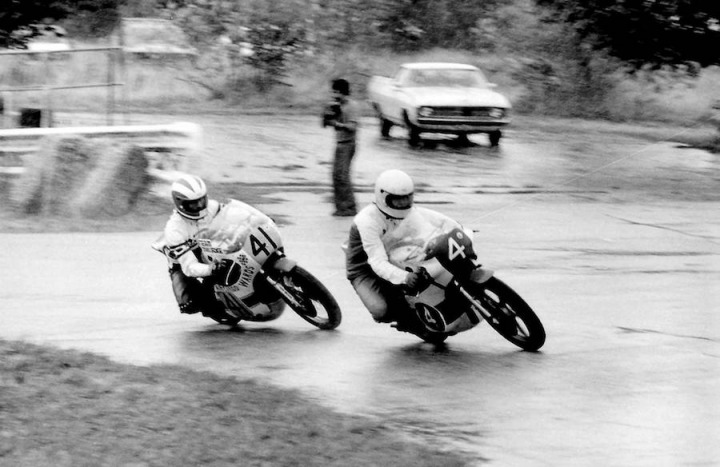 Before I press on with the story, there are a few things about this photo that need noting. It looks like Bob is closing in on local hero, Graeme Geddes on a TZ350 here. I’d love to know the identity of the intrepid photographer in the background there, I suspect that it may be legendary lensman, Robin Lewis. And I’m pretty certain that, sitting in that ute just off track, will be the parents of Robbie Phillis. I remember Robbie telling me that they always used to spectate from a ute parked there! 🙂

Skipping forwards nearly 40 years, in 2015 a Dutch enthusiast, Leon Kruijmer, purchased Bob’s TZ750 and took it home to the Netherlands. There he started a restoration of the bike in Milledge colours as it had been raced by Bob back in the day. He sourced as many photos from Bob and from other sources as he could and, I’m delighted to say, amongst those photos was one of mine. It turns out that, of all the photos he had, mine was the one that helped him the most in getting the colour scheme and appearance of the bike “spot on” What a privilege it is to find that out. And here it is.

So, with the restoration recently completed, Bob was invited to the Netherlands and Leo put him back on the bike for a little bimble at a local race meeting.. 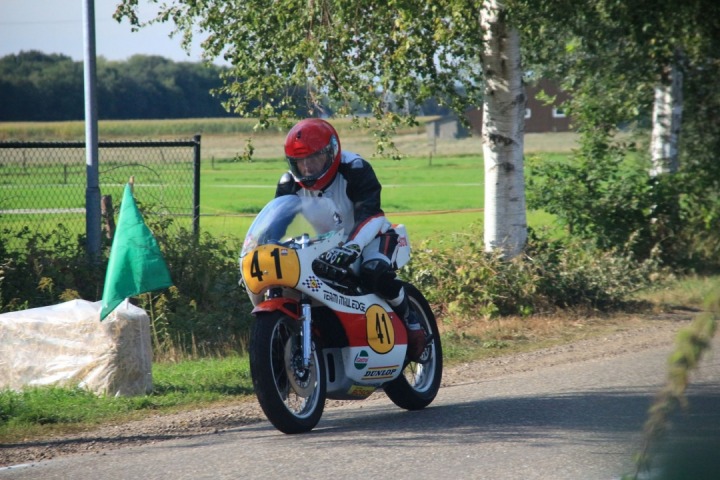 Now, if that isn’t a feel-good story, I don’t know what is.

Yes, sometimes nostalgia CAN be more than just what it used to be. Thanks for reading.

Oh, and it IS September the 19th so that means it’s