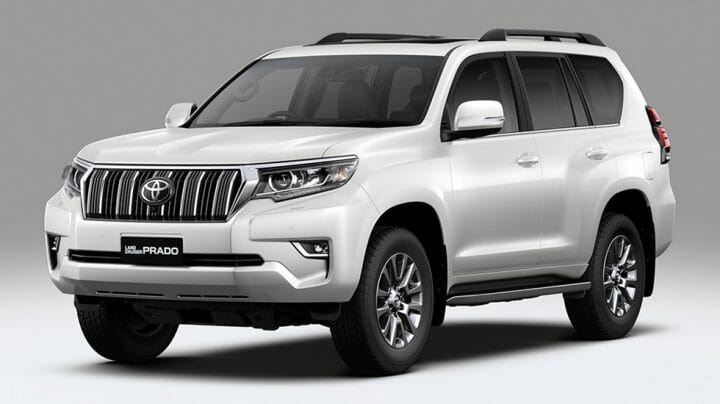 OK, a bit of a rant this morning. Some time ago when I wrote about reading the road I noted that the increasing number of 4WD’s and “soft roaders” that are clogging our roads make it much harder for us, as motorcyclists, to see what is happening up the road in front of us. They are big and bulky and seeing around them is a pain. Whereas it is relatively easy to see around, and even OVER, a sedan, these big mothers remove those advantages.

Add to this difficulty the fact that they seem to almost always be driven by drivers who are either careless and inattentive or just CARE-LESS, and sharing the road with them is becoming  a nightmare. I spend a lot of time on the road, both on the bike and in the car and my observations are that, the bigger the 4WD, the worse the driver who is driving it. Top of the list is the “real” 4WD, the Land Cruiser on the lifted-up suspension and the V8 petrol under the bonnet, replacing the asthmatic diesel that was living there beforehand. Fortunately, there aren’t too many of these so the award for “Worst Behaved Driver in a 4WD vehicle” falls to those who inhabit the highways and, worse still, the suburbs, in Toyota Prados. These behemoths have everything that make them most unsuitable. They are big, they are powerful and they can more than keep up with the traffic. But the worst thing about Prados is that they seem to be uniformly driven by aggressive prats who think that, because they have spent $50k+ on their car, they have an inalienable right to do whatever they like on the road. I can’t even begin to count the number of times that I have been carved up by Prado drivers and their behaviour is uniformly atrocious.

The fact that Prados also seem to be often driven by lady drivers makes it more of a worry. A baby seat or two in the back or some kids being transported to or from school adds to my level of anger as well. I’m sure you have noticed but, take my advice and beware of Prados, they are mostly driven by homicidal maniacs. Prado drivers have this award all to themselves.

And, while we’re on the subject of cars to avoid, some years ago I penned an article where I asked the question, “Are Subaru Foresters the new Volvos?” Time was to prove me pretty spot-on on this one, too, but the award for the doziest, most careless and dangerous drivers has been lifted by drivers of (mostly the latest model) Mazda 3’s. Again, I’d welcome your observations on this matter as well, but I think I’m pretty right.

Finally, since we’re in the mood for awards, the award for the most aggressive, dangerous and repulsive drivers on the road only has one nomination so these drivers win the award unopposed. Without any doubt, the drivers who make up this group are those driving VW Golf GTi’s and especially the hotted up versions. They uniformly show no respect for the road rules, no respect for other drivers and no respect for their own lives. Avoid them like the plague, they are the worst.

OK, I’m happy now. Last weekend’s WSBK meeting was no doubt great but, since I no longer have Pay TV I didn’t get to see any of it. And, speaking of racing, Marc Marquez last night extended his contract with HRC to the end of 2020 (I’m sure he can see that far) and even the most conservative of pundits (respected journos like Mat Oxley, for example) are saying that his pre-season form is the best for years and that the other riders should be very afraid. As for the dimwits who say that he will never be the greatest because he hasn’t ridden any other bikes than Honda, well, I’ll just leave that for you to have a quiet giggle about.

Speedway this weekend and the Nowra area has taken a fair bit of rain this week so hopefully there will be enough water in the dam for the track to be prepared properly. I shared my story about the 1989 Sprintcar Title on the nostalgia speedway group on Facebook. Amazing how many people who were there and who backed up my memories of the event.

It was my first nursing home concert for 2018 yesterday (I missed the Hammondcare one with some previous commitments). This one was at Uniting Care in Unanderra. A very big and responsive audience and a very eclectic mix of music (as always). Because we had a bit more time up our sleeves I got to do 4 songs in my set which was very cool. I started out with “10000 miles away”, an old Australian folk song then I shifted gears into “Four Strong Winds”, one of my favourite Chad Mitchell Trio songs. The plan was to finish with Jimmy Buffett’s “He Went to Paris”, a rather sad song given the audience but it went down well. Elwyn Jordan joined me on this one playing some VERY cool lead guitar in the background, something that I have ALWAYS hoped to have. As I said, we had enough time for me to do another song so I shifted gears again and finished off with another Buffett song, “The Peanut Butter Conspiracy”. Again Elwyn did some cool licks on this one and I reckon it’s one of the best sets I’ve done. I love doing nursing home gigs!

Anyway, that’s it for today, stay cool and I’ll catch you next time.