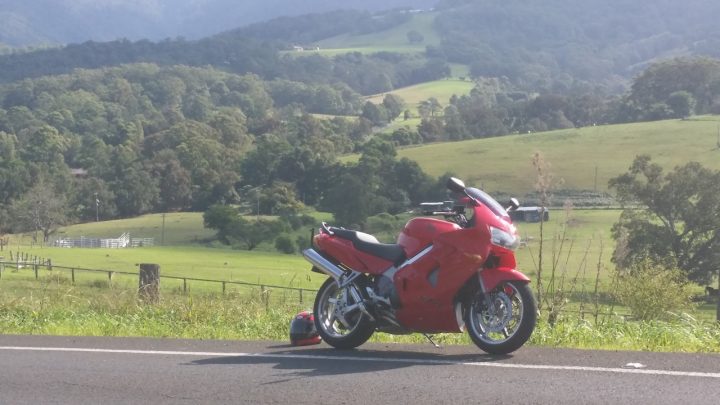 I haven’t had much chance to ride lately for all sorts of reasons, so, when I do, I make sure that the time spent is spent wisely. I am extremely fortunate to live where I live as I have plenty of places to ride within easy reach. The decision to move here was based on other criteria apart from access to great riding roads but I wouldn’t say for a moment that it wasn’t in the back of my mind.

The current residence in Wollongong is the second time that I have lived in the area. My mother was born here and lived here for much of her life so many school holidays were spent at my grandparents’ place at Port Kembla while I was growing up. Then dad was posted to the Illawarra in 1966 and I ended up staying here till I finished school, college and during my period of time in the Army. I married a local girl here in 1973 (she had lived here since emigrating from Finland in 1959) and we stayed here till the move to Canberra in 1976.We then returned here in 2004 and have been here ever since.

So to say that we know the area well is an understatement. And it often occurs to me when I am out and about how incredibly life has worked out. I meet up with many motorcyclists from all over the place and a large proportion of them are from Sydney, travelling down here to escape the rat race of the city and look for some decent roads that are not choked with traffic to ride. I often wonder how I’d cope if I had to live in the inner western suburbs of Sydney, for example, and had to ride for nearly two hours through the urban sprawl to just get to a decent set of corners to explore. Like I said, I am very fortunate.

The other day I wandered down to Kiama via the backroads through Jamberoo. The Illawarra is still prime dairy country and the farms stretch all the way from the foothills of the escarpment to the ocean (in places where housing has not encroached). My house is built on former dairy farming land west of Dapto and, on calm nights, I can still hear the cows lowing on the dairy farms to the north west of my house. While I usually ride as swiftly as speed limits allow, it always nags at me that I should stop more often and take some pictures of the beauty around me so, the other day, I did. As you climb out of Jamberoo heading north you pass this idyllic scene and it’s always as pretty as a picture, no matter which time of the year you pass by. Of course, with the amount of rain that we have had of late, it is unseasonably green even though we are already deep into Autumn. As you can see from the shadows, I didn’t choose an ideal time of the day to photograph so the intensity of the colours is not as noticeable as it is in real life. Nevertheless, it truly is a wonderful sight and, if you couple that with the fact that this particular spot is no more than 10 minutes from the ocean at Kiama, then it helps to illustrate just why I love living here. 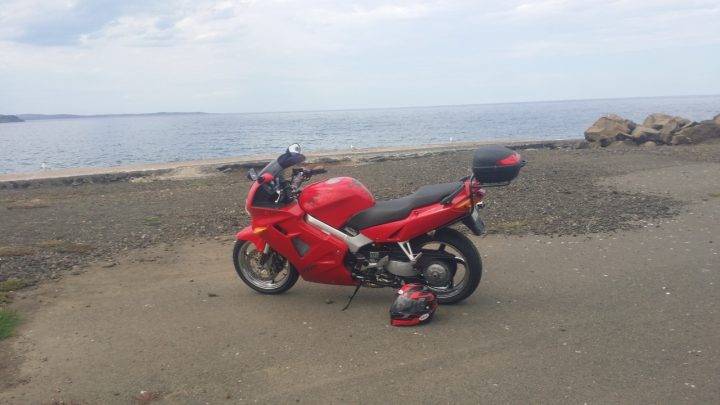 This Sunday my local club has a Breakfast Ride down the coast a little to Huskisson, another picturesque location that is also accessed by some very enjoyable roads. And that’s just the tip of the iceberg as glorious riding roads are all around me (except to the east – obviously). My brother and I often remark that it is a little perverse that one of our favourite day ride/overnighter runs is the Putty Road which is over two hours from here just to get to the starting place. Humans are strange cattle, are they not?

COTA is over for another year and Marquez kept his perfect score intact. Vinales had his first “whoopsie” and Rossi leads the championship by a narrow margin. My “dark horse”, Johan Zarco, again added to his score and  enhanced his reputation into the bargain. Running last year’s engine will probably preclude him winning a race this season but expect to see him on the podium at least and he is the bookies’ short-priced favourite to pick up the Rookie of the Year award as well.

Tomorrow is the final meeting of the season at Nowra Speedway. We have lost 5 meetings this season due to rain and massive track damage but 3000 tons of new clay has been brought in and the track looks wonderful. Hopefully we will see the season out in style.