You are here: Home / September 2013 / The short but fragile career of the motorcycle road racer 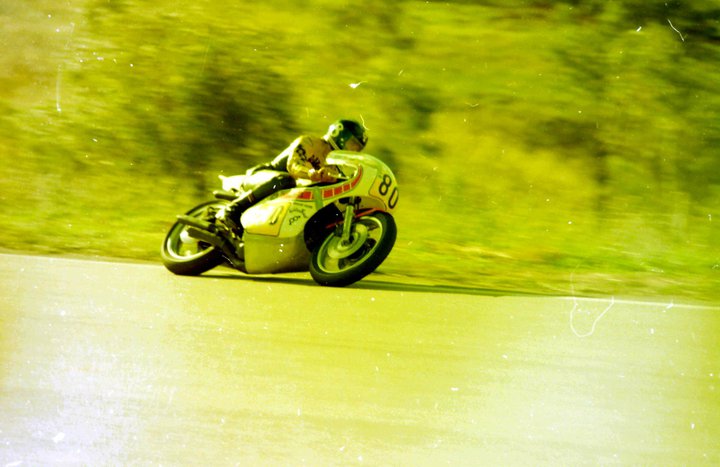 From time to time some hack with nothing better to do with his day will publish an article on the disgrace that it is that footballers get paid so much and do so little. And, on the surface at least, it seems that there may be justification. It does seem a little incongruous that an apprentice tradesman puts in a long week on a building site for hundreds of dollars while a professional footballer works far less hours for thousands.

Of course, there is always more to the story and there is in this case as well. The fundamental problem here is that people are paid according to what society thinks they are worth. And, since we Australians are fixated on our sport to the almost total exclusion of every other thing, then our sports “stars” get paid the lucrative salaries that they do. It may also be added that the more “noble” professions like teaching, nursing, health care and the like struggle to attract new blood into the ranks because the rates of pay are so poor. Surely this is a reflection of how screwed-up our values are in this society.

Apologists for the highly paid sports people point out that, unlike most professions, a professional sports person has a very short career and they do have a point. A top class footballer may last 10 years as a first grade player before finding that he is on the downhill run (many, of course do not even make it that far). And, because of this, it is the footballer’s responsibility to make as much money as they can in preparation for the day when they will be unable to pull on the boots. This is true of every profession but more noticeable here. Most professional sports people have managers and financial advisers theses days who try to ensure that those in their charge can comfortably transition between the field and life after the game.

But what about a motorcycle racer? Can we extrapolate the analogy?

No, not really. There are similarities, of course. Both areas are primarily dominated by very young and ultra-fit athletes. Both require dedication, passion and sacrifice and both come with their own set of dangers and pitfalls. But in one very critical area the comparison falls down. Far from being paid handsomely for the same degree of commitment and dedication that his football contemporary enjoys the “professional” road racer is often paid very poorly for the risks that he takes day by day and, more of then than not, he is not paid at all!

Yes, despite the level of commitment being similar the fact is that the majority of motorcycle road racers, not just here in Australia but all over the world are not professional athletes but part-timers who work a 9-to-5 to pay the bills and work on their “real” job on the weekends for little or no pay.

Yes, I know that Valentino Rossi gets paid 13 million Euros a season, but he is the notable exception rather than the rule. At the very top of our sport a handful of riders do very well from their chosen sport. But so they should, given the risks that they are taking and the relatively short window of opportunity that is available to them to do so. The majority, however, struggle through with sponsorships of a greater or lesser extent knowing that, at any time, their career could be brought to a close by serious injury or worse.

Let me give you an example. Ray Quincey (pictured above). Son of an equally talented father, Ray burst onto the scene in the early 1970’s and, by 1976 he had so dominated the scene that he won three Australian titles in the one year in the small bike classes. Surely Ray was destined for great things. Europe beckoned and so he took his helmet and gloves and headed off in search of the big game. Living the life of the privateer, sleeping in the back of the van and chasing minor races that paid good start money while trying to attract the right sort of attention may seem tedious but there was a certain glamour to it, just ask anyone who has done it. 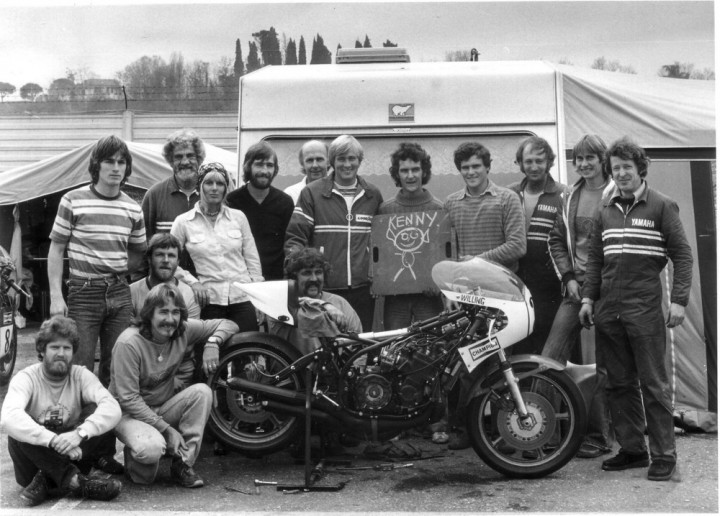 That’s Ray in the striped shirt standing on the left hand side of the back row. Imola 1978 and a gathering of great Australian luminaries to contest the famous 200 mile race. There is also Graeme Macgregor, Gregg Hansford and Kenny Blake in that picture.

Ray found a berth in a seemingly well-funded team based in Italy and it looked like his career was taking off. But, on a wet day at a race meeting in Belgium on a little-known track, Ray crashed and broke his spine on a telegraph pole that had not been covered with the usual straw bales. After an extended stay in hospital and numerous failed treatments, Ray returned to Australia a paraplegic and has remained so to today. He still lives in the hope that someday doctors will discover how to make him walk again but deep down, we all know that it isn’t going to happen.

There is something wrong with our sport when riders take such huge risks for such a paltry reward. Next time you are watching your favourite football team play, remember Ray Quincey.