It’s been a very busy week or so for me. Last weekend, despite all expectations, I had two speedway meetings on. It is very unusual to have speedway running well into winter as I previously remarked, but it has happened so you take the opportunity.

On Saturday, Nowra Speedway held its Presentation Day, a day when drivers can get in some practice, let their pit crew and sponsors have a gallop in their car and generally let their hair down. Under threatening skies and with a very cold day in prospect it wasn’t that surprising that only 10 or so cars turned up. Still, those that did made the right noises and the various drivers had a lot of fun. 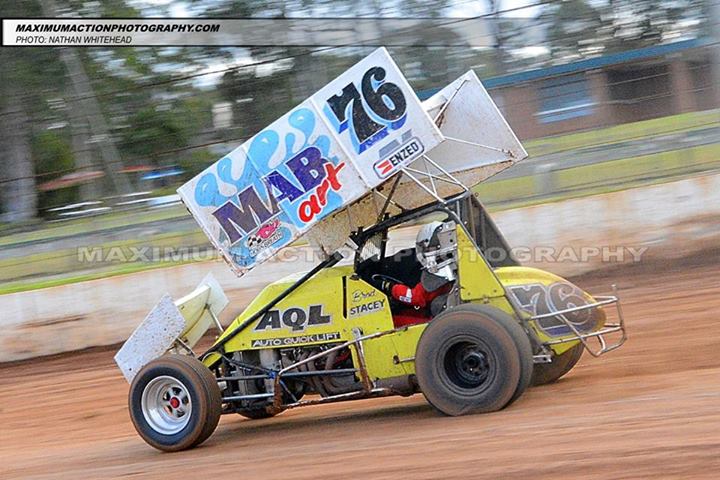 Gary Stacey, former South Coast Sprintcar Champion from back in the Kembla Grange days, bought down his son’s car and it looked and sounded a treat. Incidentally, this is only one example of dozens where sons (and daughters) have followed in their father’s footsteps and raced in speedway. It is amazingly common.

From Nowra we headed up to Canberra, via the Nerriga Road. This used to be one of the most diabolical gravel roads on the coast. Twisting and turning through the mountains to the west of Nowra, the surface was harsh and unforgiving and downright dangerous when it rained. However, a few years ago, the road was sealed and it now is grand touring country. Those same long, sweeping corners that could catch you out so easily when the road was gravel are now a sheer joy to drive (and ride, too) and the kilometres passed quickly. With almost no traffic and plenty of overtaking opportunities when the need arose, it was a great journey to Nerriga. From Nerriga you have two choices to get to Canberra. One of them is to continue straight on to Braidwood, then Bungendore, Queanbeyan and Canberra, BUT, the Braidwood end of the road is still not sealed and is some of the worst gravel road you could ever encounter so that was plainly out in my little, low slung coupe. So, instead we headed north just out of town and followed the Oallen Ford road to Tarago. Now this road also used to be gravel, though of a much better standard than the Braidwood one. Indeed, the last time I was on it was less than 12 months ago and I was on the VFR and it was quite a trial; however, all but 1km of it is now sealed and we romped in to Tarago, using my good friend Wayne Olive to clear the road in front of us of errant wildlife. Wayne had been down in Nowra practising and we caught up with his rig just out of Nerriga.

From Tarago we headed into Bungendore and then to Canberra where we bedded in at the motel. Dinner at a wonderful restaurant in Manuka (The Alchemy Bar – HIGHLY recommended) and then bed. In the morning we were greeted by the usual Canberra winter sight of the car windows covered with ice and a crisp, sunny morning holding prospect of a great, but cold day. The motel people have befriended a kookaburra which sits around on the chairs outside the dining room and is so tame that you can walk right up to it and feed it. Very cool. 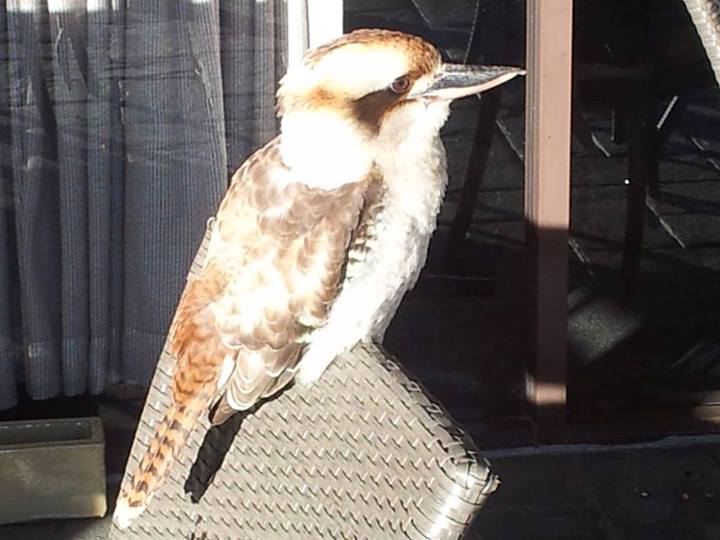 Then it was on to the speedway. Helena took the car and went and spent the day with our niece looking at the Turner Exhibition at the National Gallery and I applied my vocal accompaniment to the cars going around. As usual, the racing was fast and tight and the final meeting of the year also ended with the traditional demolition derby. I’ve already mentioned that I really can’t see anything interesting in these events but, the fans seem to love them so…The Junior Sedan event did provide a lot of entertainment, however (as did all the other classes). It featured a spirited battle between Samantha Hebditch in the green #79 car and Keiron Doherty in the white #96 Corolla. For her indiscretion here, Sammie was sent rear of field, but, like the good racer that she is, she battled back through the pack and finished 3rd in this race. The irony is that, off the track, Sammie and Keiron are an “item” 🙂 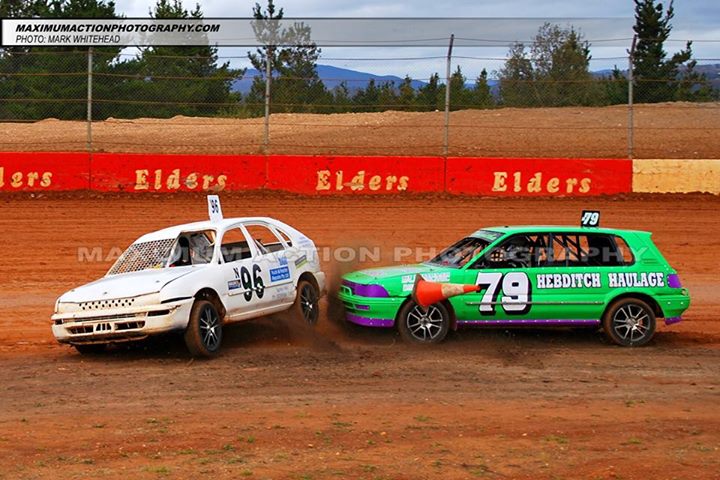 Thanks to Mark Whitehead of Maximum Action Photography for the two speedway shots, too. Great guys.

We drove home in fine weather that didn’t start to deteriorate until Marulan so we ducked off the Hume and wended our way home via the little road that leads through Tallong, Wingello and Bundanoon, emerging at Sutton Forest; a huge improvement on grinding down the Hume in the rain.

So, now I must get started on an article for the site that I have been wanting to write for, literally, years. Paul Kirkman was a CRRC member back in the late 1970’s and he built a very special BMW race bike. I lost contact with Paul not long after we left Canberra in 1981 and I have always wondered what happened to him and the bike. Then, earlier this year, I had an email from him asking if I knew where to contact another old CRRC buddy who used to ride the bike. I was able to give him Mike’s address and they re-established contact as well, but the beaut thing was that he told me that he still has the bike and that he was going to get Mike to ride it again. I’ll leave it to the article to fill in all the details, but, trust me, it will be worth the read.