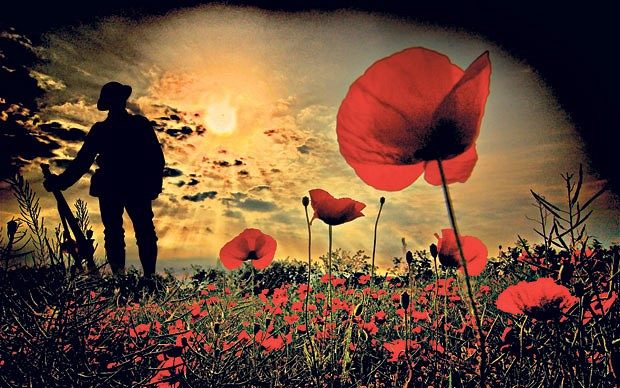 It’s ANZAC Day again, wow, it seems to come around so quickly. Respect to all those who served and thank you for your service.

I don’t have any ANZAC stories to tell. My dad was 28 years old when WWII broke out but he was precluded from active service due to being blind in his left eye (childhood accident). Nevertheless he signed up and spent the war as a military orderly working at the field hospital in Sydney Showground. His job was care of the returning soldiers whose injuries and illnesses meant that they couldn’t stay overseas. Pretty harrowing stuff according to his recollections.

By the time my teenage was over we were emeshed in the Vietnam conflict and I was conscripted in March 1969, on my 20th birthday. I had just begun my teacher training at Wollongong Teachers College. My instructions from the authorities told me that, as a full-time student, I could apply for deferment of my service provided that I could provide evidence of my satisfactory completion of my course. It actually turned out that more than satisfactory completion was required and that, any failure in any of my subjects would result in my immediate drafting into the Army.

So I studied like I never had and, at the conclusion of my first and second year of studies, I was able to satisfy the Army that my deferment was warranted.

During this time the requirement for the awarding of a Diploma in Teaching was raised from a two year course to a three year course and a small number of my peers and I were asked to stay on and be the “guinea pigs” for the new, three year diploma course. This also suited me fine as it meant another year out of the armed services.

I should make it clear that I had no objection to going into the Army, it’s just that there was lots of other stuff that I wanted to be doing so, why not put it off for as long as possible?

As luck would have it, however, by the end of my college training, there seemed to be no end in sight for the Vietnam conflict and so I wasn’t at all surprised to receive a letter asking me to report to the Eastern Command Induction Centre at Sydney’s Watsons Bay on the 9th of February 1972.

Sitting down in the train at Wollongong station, feeling as down as I could be (not made any easier by my ultra-short haircut), I realised that the guy sitting opposite me was similarly shorn and was, of course, on his way to the same destination that I was. Dave had been studying to be a high school science teacher at Wollongong University, the same campus as me but I’d never met him till that day.

We became instant friends and have remained so for the last 50 years. On completion of our recruit training, we were posted to Army Education Corps. There were 6 teachers in our platoon, the other 4 all got posted to Infantry, truly the luck of the draw. Thommo ended up in PNG at Port Moresby and then, due to his passion for field hockey, was seconded to the Navy and sent to Manus Island where he served as an instructor for the duration of his term.

I was posted to Kapooka as an instructor so it was no move for me at all. I already hated the place and being posted there for what seemed like an indefinite period of time seemed like cruel and unnatural punishment. I lasted a month before my entreaties to my boss, Captain Turner, had me shifted from Wagga to the Eastern Command Education Section at Holsworthy, just out of Sydney.

And it was there that I spent the rest of my National Service obligation.

In November 1972, Witlesss Gough became PM and one of his first actions was to announce that any national serviceman who wanted to get out of the Army would be allowed to do so immediately. However, even someone with the slimmest grasp on reality realised that suddenly having personnel available for active duty slashed by thousands wasn’t a good idea so the government announced that any serving national serviceman who volunteered to stay IN the army and serve out their two year term would be eligible for  a War Service Home Loan. Previously only soldiers who had served overseas qualified for this low-interest loan.

I decided to stay, firstly because the idea of being able to buy a home straight away seemed a pretty good deal but, more importantly, if I stayed in the army for my full two years I would be much more likely to get a good school posting at the start of 1974 than if I got out in the closing part of Term 3 1972.

And so I was discharged in January 1974, having served my full term and I was posted to a local primary school here in Wollongong, a real coup since anything east of Boggabri was usually impossible for a first  time posting back then.

And that was the extent of my military experience. I met some wonderful people, had some fabulous experiences and grew up rapidly from a young, naïve college student to a confident member of the workforce.

I don’t have any “warry” stories to tell; I don’t march, I don’t deserve to, but I treasure my time as a serviceman as it taught me so much and prepared me for the much less rewarding time I was to have in schools in later years.

Having seen the effect that war had on my army colleagues while I was in the service, I am constantly filled with respect for those who went with songs to the battle and, yes, I will remember them.