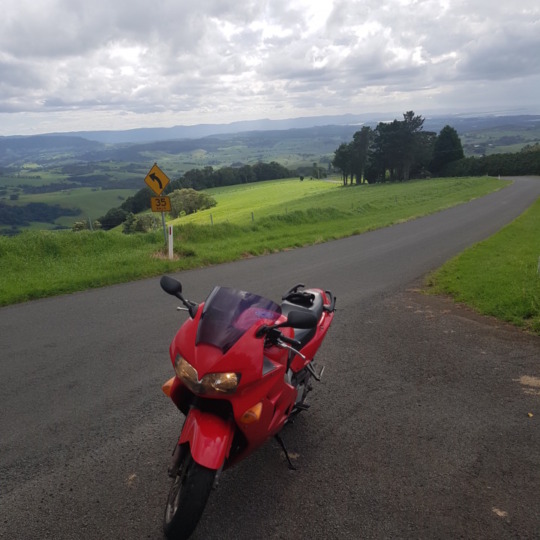 Helena had a coffee morning with a friend this morning so I took the opportunity to have a quick ride. I did need to change the route somewhat, though, doing the same loop over and over again can get tedious regardless of how nice the roads are.

So I headed straight down the highway to Kiama and then through town to the high school. From there I turned right and started heading up the Saddleback Mountain Road. Now, when I say the mountain, it really is just that. In the short distance of just 6 kilometres from the Kiama town centre, the mountain rises 600 metres (or 2000 feet) and it’s climbing all the way.

The photos from today’s ride will give you some indication of the spectacular views that can be had from anywhere along that 6 km run. On the one hand there are the views across the town and out to the Pacific Ocean.. 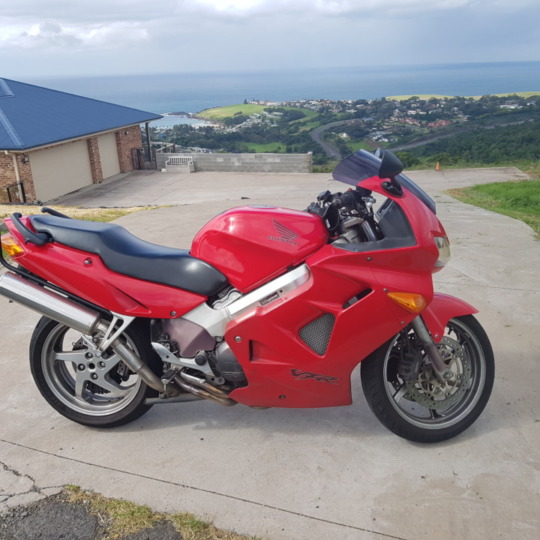 ..while, on the other side, the views of the pastures that make up some of Australia’s richest dairy country. 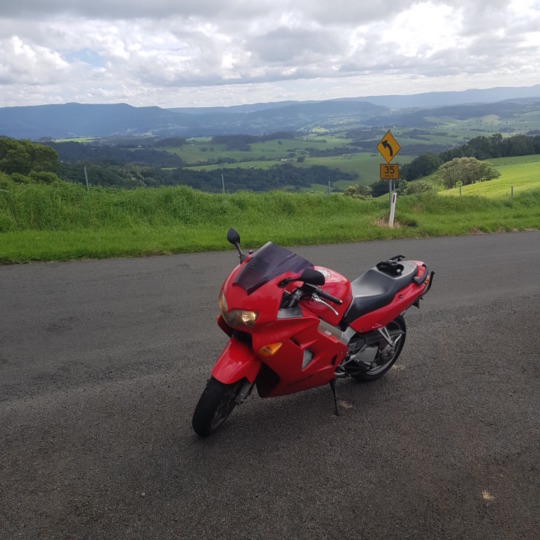 Great care is required navigating the road, not just because of its twisty and winding nature but also because it is very easy to be distracted by the sights.

There is another problem at the present as the road, due to its steep nature, has been ravaged by the recent rain event and the surface is very indifferent indeed.

I didn’t go right up to the lookout, instead opting to turn right onto Fountaindale Road and head north. After the mountain road I fully expected more of the same especially since, historically, Fountaindale has a name for its barbaric surface, especially on the steep downhill runs that bring you down to sea level very quickly.

I was then pleasantly surprised to find that the road surface was surprisingly good and I popped out onto the Jamberoo Road just west of the Swamp Road turnoff having had a very pleasant run down the mountain.

When I worked on Kiama Council, in 1968, Jamberoo was a very quiet little country village. Over the years it has been expanded and gentrified with housing prices anywhere in the town and its environs now well into the 7 figures and rising rapidly.

A local has always intrigued me with a old rusty pickup truck in his front yard. I have to say that I have never seen the attraction in this practice but, to each his own, I guess. I have become a great deal more interested, however, since recently he has placed an old motorcycle on the bed of the truck. No doubt I could have stopped previously to take a photo but I didn’t so I stopped today. 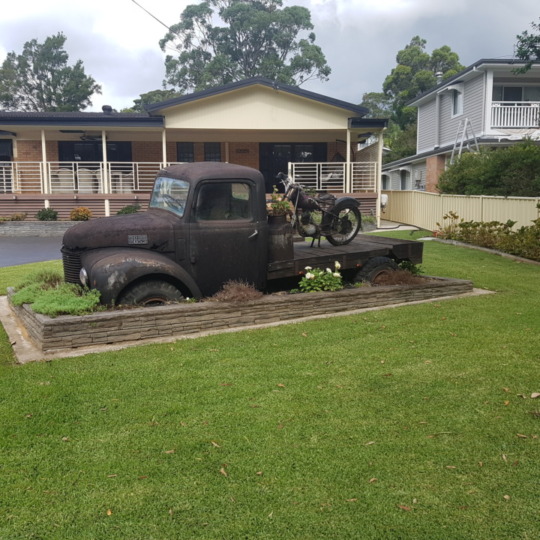 Closer examination confirms my original suspicion that it is/was a BSA and I am almost certain it’s an old Bantam. 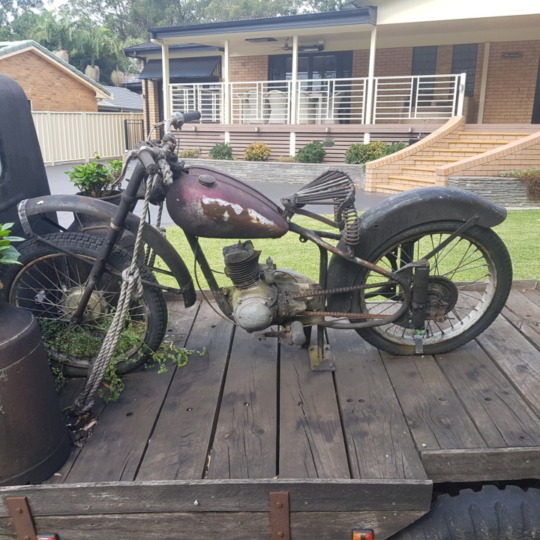 Obviously this poor old thing spent the last years of its life as a paddock-basher (witness the Heath-Robinson front mudguard). I’m sure it COULD be restored and I won’t be surprised if I come by one day and see that it has gone. The “restored from a grease spot on the floor of the garage” brigade just love a challenge like this and I suspect the owner will accept a ridiculously high price when it gets offered to him.

Only 65ks today but very enjoyable. Thanks for reading.