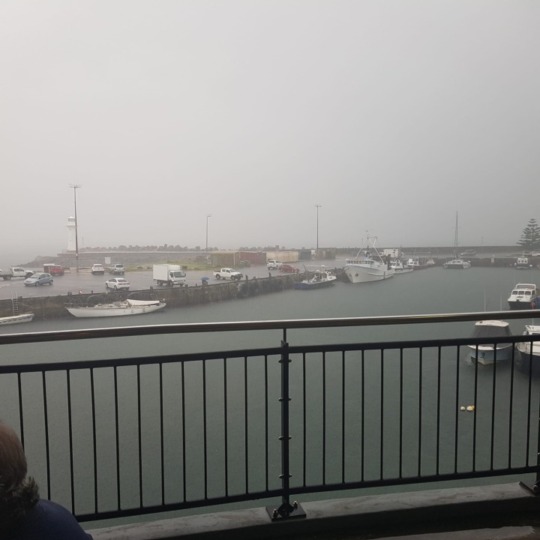 I got out for a short ride on Sunday, the first time I’ve been on the bike since returning from the Oxley Ride on the 21st February. It’s not like I have been avoiding riding or have been too busy, far from it, no, the reason is simply that, since that date, it hasn’t stopped raining.

In fact the last leg of the Oxley ride WAS in the rain and my gear needed drying out afterwards. There hasn’t even been any point washing the bike since I haven’t been able to ride anywhere so it has just sat there, alone and unwanted and unused.

Now,  to give you some idea of just what we have experienced here in Wollongong, since the 21st February (I jot down the rainfall figures each day just for fun) we have had 917mm of rain, measured in my rain gauge. In fact, we have had MORE than that since my rain gauge starts spilling over when it reaches 45mm and it has done this several times in the last six weeks or so.

To put that in some perspective, we have had almost our average YEARLY rainfall in the last six weeks. Now, before anyone jumps on and tells me that’s nothing compared to what the poor people on the far north coast of NSW have experienced, I KNOW. I’m not comparing what we have had here compared to them, just noting the local figures and the impact that this rainfall has had.

The impact of the rain has been widespread and goes far beyond the inconvenience that it has been to keen motorcyclists like myself. But let’s start there and then move on. 3 of the major roads that I like to ride are now closed due to landslides and water damage to some degree. Macquarie Pass is going to be closed for an indeterminate period (many weeks, they are saying) as engineers repair the existing damage as well as assess the potential damage from land slippage and breaking up of the road surface as a result. And if you think that that is annoying from a motorcycling point of view, spare a thought for those whose jobs and livelihoods depend on being able to get from Wollongong to the Hume Highway, for them it means a detour to the Hume via the Picton Road (going north to get south). This amounts to an extra 30+ minutes added to the journey depending on how fast the vehicle can travel.

Access to the highlands is still available via Jamberoo Mountain Road but this is narrow, slippery and heavy vehicles, buses and caravans are banned from using it.

If you DO manage to get up the mountain the picture is just as bad. Nowra Road, that leads down to Kangaroo Valley, is closed indefinitely as engineers struggle to repair multiple landslips that have brought the upper sections of road down onto the lower ones along Barrengarry Mountain. Out the other side of KV the situation is slightly better but Cambewarra Mountain is also closed due to multiple landslides. This means that KV is effectively locked in unless one takes the little farm road that joins Berry Mountain Road to the top of Cambewarra (again, completely unsuitable for large vehicles)

So, my little ride on Sunday was very little, down through Jamberoo to Kiama and back home again, and, was it fun? No, not really. For a start, as the first dry day since, like forever, the roads were crammed with traffic; people doing just what I was doing, getting out and enjoying a dry day.

Then there is the roads themselves. They are in appalling condition with potholes littering every road you travel and next-to-zero chance of them being repaired in the short term. Local authorities are flat out dealing with the MAJOR problems that the rain has brought to even start THINKING about the “B” roads and the problems they have. There are multiple instances of water partially across the roads as well as innumerable downed trees and the problems they bring. The water table is totally saturated and this has led to hundreds of trees falling, many of them causing considerable damage. While the local authorities and the amazing SES have stayed on top of the trees that have fallen across roads, the junk that is left behind will take much longer to clean up.

So the prospect of some enjoyable riding is still some way off. This is especially so since the BoM has announced that the rain will return in considerable quantity tomorrow (Wednesday) and will last till after the weekend. To say that my yard is a lake would be an understatement and, in fact, the grass in my back lawn is actually DYING because the water table is saturated and there is no oxygen and nutrients in the soil for the grass to absorb.

They say it is going to be fine today which is fine. But, like the famous movie, “Suppose they gave a war and nobody came?” the sky is blue bit there’s precious few places that one can go.

I guess it will have to stop soon, but it looks like I have missed my Summer.

BTW, for those of you who know it, that’s Wollongong Harbour at the top of the page, shrouded in, you guessed it, rain.