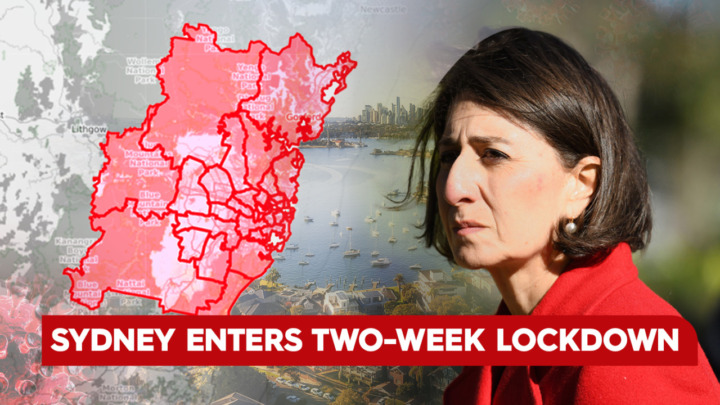 The 2 week school holidays started on Friday. And, guess what? The NSW government, with an eye fixed firmly on letting the population know who is in control, announced on Saturday afternoon that the Greater Sydney area as well as the Wollongong and Shellharbour local government areas were going into lockdown for two weeks because of a few supposedly COVID cases in a couple of Sydney suburbs.

Seriously, you couldn’t make this up if you tried. Wholesale totalitarianism over a few cases of a disease that has a 99.97% survivability rate? Really?

We ARE allowed to ride our motorcycles as “exercise” but we are not allowed to go out of our local area and we are not permitted to stop anywhere and have a cup of coffee and something to eat. Yes, we can ride in groups of up to 10 people but the above restrictions still apply.

It’s the opening weekend of the ski season in the Snowy Mountains but we’re not allowed to go and we’ve already been told that police have been tasked with using their ANPR cameras to detect vehicles from inside the lockdown zone being outside of the zone.

I studied Modern History at high school, majoring in the history of Germany in between the wars. It always amazed me how the German people could so easily fall for Hitler’s propaganda and slavishly follow him back to war again. We are being given a detailed lesson in how a government can control the population and how the population can meekly accept a dictatorship right here and right now.

I said from the start that the “pandemic” had nothing to do with health and everything to do with control and we are seeing it clearly.  It’s a good thing that I enjoy my home, my wife and my pets for company otherwise I might be feeling REALLY aggrieved by this latest stupidity.

Marc Marquez is experiencing just how quickly bike racing can change from exultation to desperation this weekend in Holland. Traction control problems, now thankfully diagnosed and fixed, have seen him plummet from the highs at the Sachsenring to the lows of Assen, starting tonight’s last meeting before the 5 week Summer break from 20th position on the grid, his worst ever starting position. Australia’s Remy Gardner starts the Moto2 race from 2nd and, even if his team-mate wins tonight and he finishes 2nd, he will still be leading the championship going into the break.