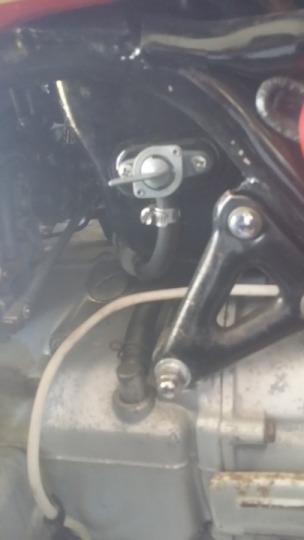 Well, here we are again, another week gone by and no riding. Just checking back through my records, the last time I rode Goldie was the 18th March, almost 2 months ago and the last time Rhonnda came out of the garage was about two weeks before that. 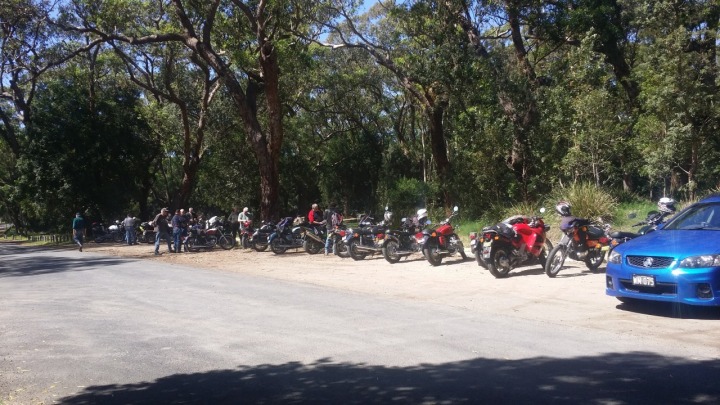 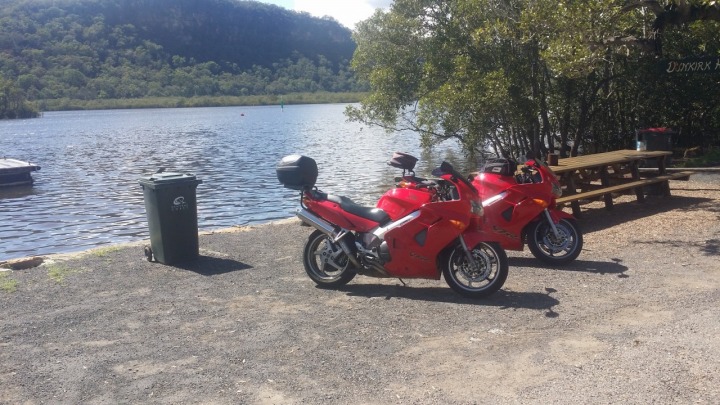 Almost as soon as the CEMCC ride was over the restrictions related to the Corona virus came into force and travel limits became the norm. I have been keeping the bikes on a trickle charger, alternating them about a week at a time so that the batteries don’t deteriorate but I haven’t started either of them as there seems to be no point if I ain’t going anywhere. At the start of this month our local governments said that riding your bike was exercise therefore you could go out for a ride, firstly with a distance restriction and shortly afterwards with no restriction except for the now-customary social distancing and other means remaining in place to try and halt the spread.

I am pleased to say that early action by our government has meant that Australia has performed better than just about any country in terms of the impact of the virus on the general population. Almost all recorded cases have been either as a result of travellers coming in from overseas (we quickly put a stop to that), a slip-up that allowed infected passengers to disembark from a cruise ship, and locally-acquired cases of people who have been in contact with either of the above groups.

So restrictions are being eased across the country with the local governments implementing the federal policies with minor variations allowing for localised conditions. But I still haven’t been out on the bike. You may wonder why but I do have a good reason.

Despite the fact that the likelihood of me coming into contact with an infected person is very slight, I am considered to be in the “high risk” category in medical terms. I am over 70 years old, I have had a heart attack and I have mild diabetes. These three factors make me a more susceptible target and, for people like me, the advice has been… 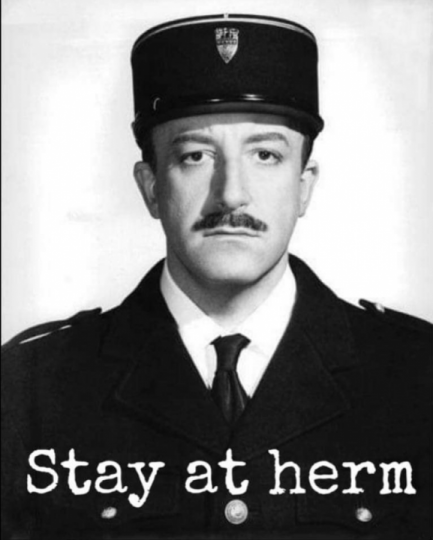 ..and staying at herm I have been. I have barely even gone out in the car and that for very brief trips. I have only been to the shops once or twice and only in the last week or so have I ventured out for anything more than a few minutes. Now you may think that I have been paranoid and I may have been but you don’t necessarily get a second shot at this and so I have erred on the side of caution.

You may think that a couple of months sitting around at home, not going anywhere and having limited leisure activities available would be dreadfully boring but I certainly haven’t found it to be so. My wife and I are very happy with each others’ company and we have found lots of things to do. I’ve been able to help her with lots of chores, some *shudder* gardening and we’re getting pretty good at doing crossword puzzles (I have always been but it’s been fun getting Helena hooked on them as well). On the subject of crosswords, a few months ago, before they stopped us from having our relatives visit (we can now) our youngest grandson was helping us do a crossword. He had the book and was reading out the questions and we were answering. I was on a roll, getting half a dozen clues right straight off when Thomas looked up and said, “Gee, Granddad, you’re the human Google.”

The other activity that has been occupying a lot of my time has been music. Now my nursing home gigs shuddered to a halt around about the same time that riding did and I can’t see them resuming any time soon given that the virus is most deadly amongst the older aged people in our community. But not long after that a motorcycling mate down the south coast started recording a song each day and publishing it on Fecebook. Steve and Sharon live on a lovely block near the ocean and it provides them with a myriad of potential locations for music and they have been using all of them to great effect.

Well, if they could do it, why couldn’t I? Granted my little house and tiny suburban block provide nowhere near the scope that Steve’s does, buy, hey, it’s the music that matters, isn’t it? So, about 8 days after Steve and Sharon started doing a song a day, I started and I’ve been at it for over a month now and very enjoyable I have been finding it. I publish the songs on YouTube each day and provide a link on my Faecbook page and the feedback has been very pleasing. It gives me a great opportunity to keep my skill level (such as it is) up and keeping a variety of songs going is also a good mental exercise. Here’s my version of the Johnny Nash song that I did a few days ago.

But back to motorcycling. The latest suggestion to try and achieve some sort of world championship racing is to have three races on consecutive weekends all a the Jerez circuit in Spain. The first two weekends will be MotoGp events and the last of them a WSBK event. To be honest, I think it’s going to be a non-starter but DORNA has to find a way to stop the sport dying out financially and my guess is that they will cut whatever corners they can in order to achieve this. As I noted the the other day, I think they are flaggelating a moribund equine and they should just forget about 2020 altogether and aim at an early start in 2021.

Now, what about that picture at the top of the article? Well, it is an illustration of how old age and the march of technology can catch someone out. Yesterday I went out to the garage and started up Goldie. The weather is supposed to be nice this week so I thought I’d make sure she was good with a view to going out for a quick bimble. Despite not having had the battery tender on for a week at least, she started first hit on the button and ran. Now the Gold Wing is a notoriously cold-blooded engine, Honda’s first attempt at water-cooling, and every owner knows that it takes more than the usual amount of time to get it up to decent temperature and enable you you to cut the choke. So I was a little perplexed when, after a minute or so of running, the revs dropped and the motor stopped and would not be revived.

Seeing that I was hammering the battery with attempts at starting again, I left it, reconnected the battery tender and vowed to try again this morning. The fuel gauge (though well-known to be unreliable) showed half a tank and the odometer only showed 115 kms so it plainly wasn’t out of gas. Oh well, another day.

You can see where this is heading, can’t you? Sitting down after dinner last night it suddenly hit me what was wrong. The fuel tap was OFF. Gold Wings apparently don’t like being left standing with the fuel tap on so the advice is to always turn it off when you stop, something about fuel getting into the engine when it isn’t supposed to. The VFR, like all modern bikes, doesn’t have a manual fuel tap so you quickly get out of the habit of using one (like self-cancelling indicator switches, sidestand cut-out switches, headlamp switches and a myriad of other devices that modern bikes have and old clunkers do not). I haven’t tried to start Goldie this morning but I know that she will start once I have turned the furl tap to the ON position.

And do you know what is MOST annoying about this? When I first brought Goldie home I did exactly the same thing. You’d think I’d have learned and remembered, wouldn’t you?