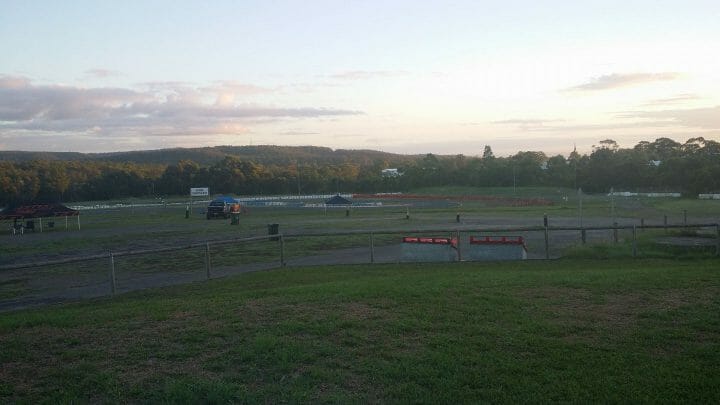 Last weekend was Rd 2 of MotoStars and I travelled a much shorter distance than Rd1 (250kms vs 500kms) to Newcastle and the picturesque Cameron Park go kart track on the western outskirts of the city. Set in the rolling hills near Mt Sugraloaf, Cameron Park is a very impressive facility with quite the shiniest and best-kept infrastructure of any track I have ever attended. Someone has spent a whole hatful of money to establish the complex and continues to spend large amounts of money to maintain it.

As usual I drove up on Friday and I took the punt that I could get through Sydney by leaving after my customary Friday morning breakfast with my good mates here in Wollongong. Amazingly, I had an excellent run, even the ghastly run through Beecroft and Pennant Hills was tolerable, and it wasn’t long before I was on the F3 heading north at 110.  My trusty GPS found the spot OK and I was among the first to arrive, picking out a nice camping spot near the facilities and with an excellent view of the track (above). As luck would have it, my chosen spot was also blessed with a cool breeze coming up the hill and that was tor be of great benefit as the weekend got pretty hot.

The go-kart officials there on site told me that, officially, camping is not allowed but, unofficially, everyone does it and it isn’t a problem. So, accommodation was sorted. Next item of business was to do a track walk and inspection and what an impressive track Cameron Park is. Being situated on a hillside it has elevation changes, an essential for a track as far as I am concerned and I immediately found that it was going to be a very challenging track for the kids. Unlike Port and Greer Park, both of which are similar lengths in terms of lap distance, Cameron Park is very compact with a tight and VERY technical layout packed into a small space. The main straight is VERY long, lest it sound like the layout is “Mickey Mouse” and there are a few lovely sweeping corners as well as some quite tricky corners, including two blind crests where the apex is not visible on approach! 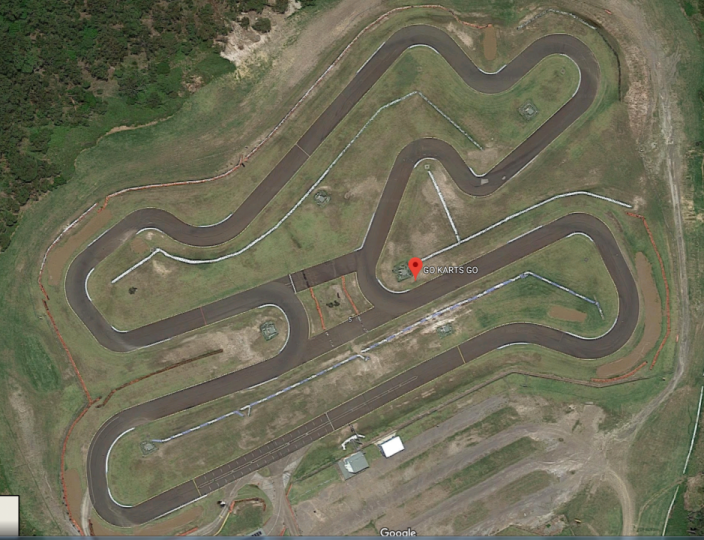 The right/left chicane at the bottom right hand end of the track is known by the karters as the “Ski Jump” and it sure gets your attention. The back straight is straight but has a substantial dip in the middle before it rises again to the fast right hander at the end, again, a brilliant feature. Lap distance is 1.064km and it is a very busy little layout. The track drops quite a few metres down to the bottom corner just before the back straight then climbs back up to the top again and the main straight, while being straight, climbs till well after the S/F line before it drops away to a super-fast right which is followed by a tight left. Ten points to the track designer, it’s a ripper. On Saturday morning before Practice started I was able to do a lap on the quad bike and it confirmed my theory that the kids were going to love this track, and so they did.

So, having established the parameters, I was off to visit some local friends. A Facebook friend who I have never actually met is an old Booragul High School student like me and she is also a casual school teacher so we have lots in common. When I contacted her she said that they were going out to Warners Bay for the evening where the local businesses promote a “Music in the Park” event every Friday night during the Summer. People come from all over, buy some food at the local take-aways who stay open for the occasion, then sit in the park and chat while listening to the music. It sounded absolutely ideal to me so I tagged along. I may have mentioned before how much I love Lake Macquarie but I was reminded again just why I do as the sun set over the lake. 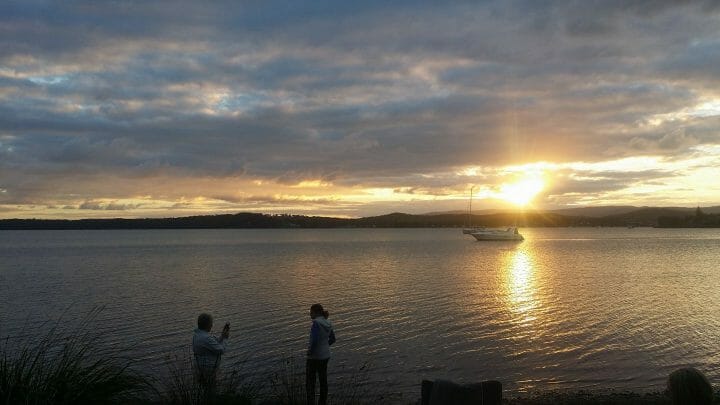 Saturday was busy as it always is. The kids and their parents were hard at work, learning the track, getting gearing ad settings right and making sure all was in place for the all-important qualifying sessions on Sunday morning. Everyone was busy but the day passed without any major incidents, always a plus. Indeed, it wasn’t until the sessions were over that a major incident took place and it was a most unfortunate one. Many of the kids bring their scooters and push bikes with them and they skylark around on them when the day is over and it was on a push bike that Benny Baker had  a major stack. He came off and smacked his face on the concrete. He broke two teeth, one of which punctured his lip and inflicted a big cut. As well he sustained a big cut under his chin and grazes to both his knees. So it was a trip to A&E at the hospital, an operation to stitch the cuts and clean-up of the other injuries. Unfortunately, because he had to be put under to have the operation on his lip, he was precluded from racing for 48 hours after so he missed racing and important points on the Sunday.

After the day is over is a chance for everyone to get together and relax and I had a great evening hanging out with the Middleton and the Hall family, as I always do. Casey had brought his electric guitar along and most of the boys took turns playing their favourite rock riffs, showing off as boys do. I had said that I’d like to have a jam with them so I turned the amplifier and all the “effects” off and sang a few songs. It was a great night and the idea of a MotoStars Band *might* have been suggested 🙂

Sunday was even hotter than Saturday and the racing certainly was. These kids constantly amaze me how they have progressed from their first, tentative wobbles around the pits on little race bikes. The racing was superb with the standard constantly being raised as they gain more and more experience and race craft. As well as the racing it was great to catch up with a couple of old stagers from the 70’s who had come along to take a look. Alan Kay, from the Central Coast was a very successful production and race bike rider who I haven’t seen for at least 40 years. We all agreed that “those were the days” Also visiting was Gary Coleman (no, not THAT Gary Coleman, for obvious reasons). THIS Gary Coleman.

Gary was a very successful racer here in Australia before heading overseas to try his luck. He didn’t make it as a racer but his engineering skills were soon in demand and he has spent the last 30 years fettling race bikes for the top teams, including being Valentino Rossi’s crew chief for 14 years. Newcastle boy made good, it was terrific to see him again after all these years and he was very impressed with what Damian and Amy and the crew are doing with MotoStars. 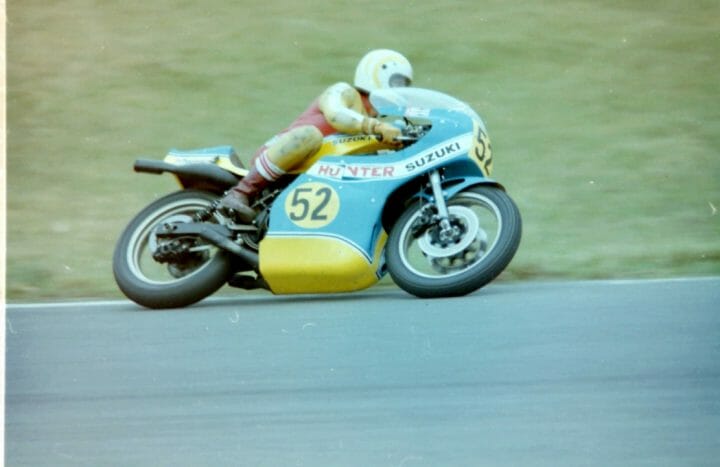 At the conclusion of the day I packed the van and headed south. The traffic on the F3 was appalling, locked solid for over an hour heading south. Crazy. Amazingly, the traffic in Sydney was a breeze and I (finally) got home about 2130, tired but happy.  The next round of MotoStars is at Toowoomba on the 14/15th April. That’s a long haul and I think I might take the bike (much more economical than the van, MUCH) and take advantage of the Brown family’s offer of their caravan in which to stay.

MotoStars is going from strength to strength, I remain a devoted fan of the concept and the series.

MotoGp starts this weekend but I’ll leave it till tomorrow to do my preview. Catch you then.