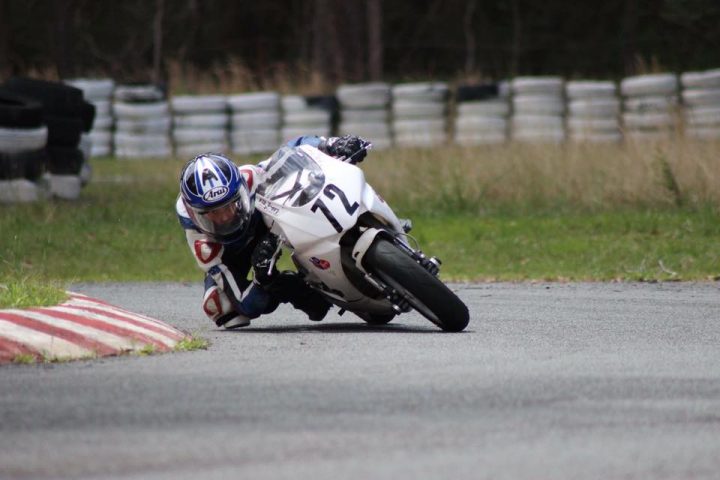 Almost exactly 12 months ago I attended my first MotoStars event. It was a training/coaching night at my local go-kart track and it was quite an eye-opener. MotoStars is run by former Australian superbike rider and current WEC competitor, Damian Cudlin and Amy, his wife. Damian started his racing career as a Junior, racing in the Moriwaki 80cc Series run by Australian racing legend, Tony Hatton. Since commentating Damian’s first-ever road race meeting at Wakefield Park in 1997, I have closely followed his career and, when he announced the MotoStars programme I was excited to go along and see what it was all about and see if there was anything I could do to help.

What I saw that evening got me all excited again at the prospect of a junior development series, similar to the MRRDA series but concentrating on developing riders on proper racing bikes rather than production-based bikes. And what I saw that evening made me think very much of all the young and extraordinarily talented riders who I have “spotted” at the very beginning of their careers over the years.

You see, I have my own theory on racers. Some of them are just huge talents who would win if you sent them out there on a bicycle. The others are also talented but achieve their success through graft and hard work. I guess it’s the teacher in me because I have seen the same process at work in the academic world as well.

It was clear to me about 5 minutes after I walked in the gate that night that I was seeing two riders who both fitted into the first category as well as others who fitted into the second. The stand-out talents that night were two boys who looked stunning on the track. One was a (very) young boy from Toowoomba (yes, the family had travelled over 1000kms to do a training night) called Thomas Brown. My immediate impressions have been proven to be correct and you will hear a great deal more of Thomas as he gets older. Write the name in the memory bank and remember you read it here first.

The other rider was older (relatively) and equally amazing. Benny Baker, from the Central Coast of NSW, couldn’t have been more different to Thomas if he had tried. While Tom was all precision, polish and panache, Benny was all flash, style and dramatics. Yet their lap times were remarkably similar and racing throughout 2017 showed that they both were extraordinary riders whose riding was an extension of their personalities. As close on the track as they are in the pits, these two boys are the future, take it to the bank.

Benny just blew me away. Dragging the knee? Pffft, he came back to the pits that night with scrape marks on his metal ELBOW sliders. Now, before you take me to task for majoring on minors, yes, I know that there is much more to racing than how much of your body you can scrape along the track, But, as a measure of commitment and sheer confidence, it’s pretty impressive to see a 12 year old doing this as a natural part of his racing.

Benny rode the little Kayo 150 in the racing bike class and a Yamaha 150 in the Production class. On the Yamaha he was probably even more lurid, arms and legs dangling all over the place and outrageous lean angles on tiny, narrow tyres, but he was both fast and predictable and his racing was a triumph of substance disguised behind a facade of extravagance.

As the year would prove, Benny WAS the real deal. In the 5-round MotoStars Series, he won his age division on the Kayo and won the Production class overall as well. Pretty impressive, eh? But there was more to the story, much more. He visited Asia and raced at Sepang as part of a local racing series and then headed back there in late 2017 for the Asia Talent Cup selection round. There, against over 150 riders, he scored a place in the final 10 riders selected from all over the world. Riding against 16 and 17 year olds, he kept his nerve and got the job done.

MotoStars concentrates as much on the development of riders as PEOPLE as they do on their development as racers. It is no longer sufficient that a rider be fast and successful. He/she must be personable, media-savvy, able to look after and boost their sponsors, comfortable in front of a microphone and able to hold an adult conversation. These, and many other personality attributes, are top of potential sponsors’ shopping lists. The young performers in MotoStars are building these attributes into their portfolios as well as learning how to to be top class racers.

Because Motorcycling Australia has, FINALLY, realised that, if Australia is to have a presence on the GP scene, they need to foster young talent, the previously restrictive age limits on junior participation in road racing have been relaxed. Now juniors can compete at Open Meetings from 13 years old onwards. Benny has just turned 13 and it was announced last night that he has been selected by Kawasaki Australia to be their representative in the 300 Supersports category at this year’s ASBK. Through Kawasaki’s development arm, BC Performance, Benny and Sydney’s Guiseppe Scarcella (16 years old in the 600 Supersports category) will be Team Green riders for 2018. As someone who has boosted him from the sidelines, I couldn’t be more pleased.

Benny’s team is simple and efficient. Dad swings the spanners (though he is the first to admit that he’s no mechanic) and mum handles the paperwork and the management side of Benny’s career. There is no vicarious living out of their own ambitions through their boy however; both are totally focussed on seeing Benny succeed. And, it has come at huge costs. As well as the monetary impost of travelling all over the country while Benny gains the exposure and the experience he needs, the close-knit family has had to deal with the tragic loss of Benny’s older brother, Aidan, in a road accident about 12 months ago. Quite how they have managed this is beyond me. It reminds me of a young man from Canberra who I knew years ago who went road racing after the death of HIS elder brother in a road accident. How families cope with this sort of stuff is something else again.

Benny truly is the fabulous Baker boy. I make no apologies for singing his praises, though he does sometimes get a bit embarrassed with the adulation (he’d better get used to THAT, too) Should the finances hold out and he remains injury free I see no good reason why he will not be competing at the highest level in years to come.

Write down the name. Benny Baker. You can follow him on Facebook and you can see him perform on track at a circuit near you this year. Don’t just take my word for it, get along and see for yourself. I have seen the future and it has the #72 on it. 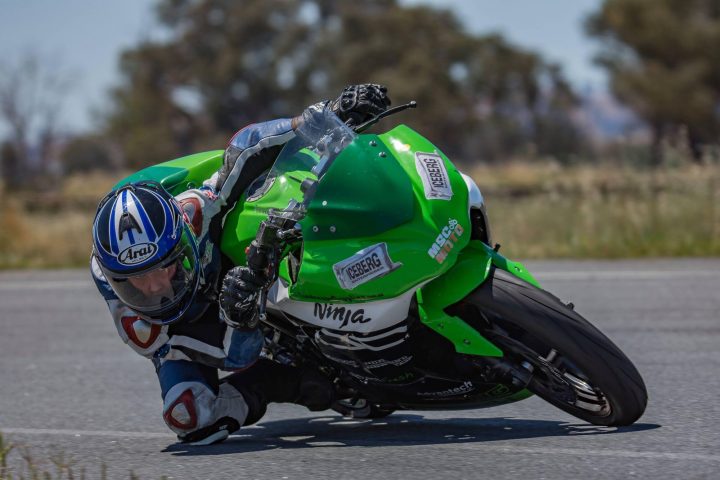