You are here: Home / October 2010 / The picture gradually becomes clearer

It’s Friday, Free Practice day at Sepang and another press release day. So here are the updates.

1. Marc Marquez answered the question that most people have been asking (isn’t it funny that a rider who isn’t even IN MotoGp can be the subject of such intense speculation?) He WILL stay for one more year in Moto2 and make the jump, hopefully, to MotoGp in 2013. Despite his boss’s explanation that Marquez hasn’t really got anything more to learn in Moto2, the man himself contradicts that..“I’m only 18 and need to gain more experience first. There is no pressure on me for title this year now I know I have another year,”  You can, however bet, that Marquez will be fighting tooth and nail to win the title THIS year and go into season 2 of Moto2 as the reigning champion.

2. Since it now seems that his main rival, Stefan Bradl, will not be graduating to the big league next year either, it sets up a fascinating season in prospect in the Intermediate class. Bradl can clinch the title this weekend if he wins and Marquez scores only 2 points, a highly unlikely scenario, so it looks like Bradl will have to do it in front of Marquez’s formidable and patriotic home crowd at Valencia, a tough order. In explaining his poor form in the two races preceding PI, Bradl said that the team made some pretty radical changes to the bike that plainly didn’t work, so, at PI, they went back to their original setup and the bike was instantly better. The team will be using the PI setup at Sepang.

3. The departure of Hiroshi Aoyama from the Gresini team was quite a surprise as the Japanese manufacturers always like to have a Japanese rider riding for them if they can, and DORNA encourages this also for all sorts of (mainly) political reasons. So, it should come as no surprise then (although it does to ME) that Aoyama’s place at Gresini is reported to have been taken by current Moto2 rider, Yuki Takihashi. I find this very perpexing. Takahashi has struggled in Moto2, sometimes putting in some excellent performances but more often than not finishing down in the order or crashing out. Indeed, his season this year has been even less impressive than his somewhat better showing in 2010. Ayoama has struggled, that is true, but HAS come back from a serious spinal injury, which shows enormous strength of character and he IS a world champion already, something I doubt Takahashi will achieve in any class. Anyway, DORNA and Honda get their Japanese rider, so I guess they’re happy. There is still no confirmation, however, that the 2nd Gresini bike will be a “full” MotoGp bike. Rumours abound that it will, in fact, be a CRT machine.

4. And, speaking of CRT, Colin Edwards confirmed his move to a CRT team next year but with a little surprise. Despite everyone thinking that he would be aboard a Tech III machine with a Yamaha R1 engine, apparently Yamaha have scuttled that idea. So CE II will be on board the Suter/BMW bike that has tested twice already this year with Mika Kallio and Damian Cudlin. Both tests showed that the bike is woefully off-the-pace compared to a “full” MotoGp machine, but Edwards is confident that can be resolved. “But at the end of the day our sport has a dream and a vision. Everybody wants to see closer, competitive racing in MotoGP like it is in Moto2. Somebody has to start it.”

5. Still no announcement from Suzuki about their plans for 2012, but the team will be running a 2-bike team this weekend with John Hopkins drafted in to ride the 2nd bike.

6. Ben Spies (I had to laugh when an American contributor on an American forum called him “Ben’s Pies” ) will ride this weekend despite still not feeling 100%. If he is still feeling the after-effects of his PI concussion after the Free Practice sessions he will make a further announcement about his participation or not.

7. Jorge Lorenzo is looking unlikely to participate at Valencia and his place at Sepang this weekend is being taken by the official Yamaha test rider, a veteran of the  Japanese Superbike Championship. Lorenzo can, mathematically, still lose 2nd in the championship but it would require that Dovizioso wins both races and he doesn’t score, so that’s not going to happen. Dovi, however, is locked in a titanic struggle for 3rd with his Repsol team-mate, Dani Pedrosa. Dovi is only 4 points in front so it could go either way. In any event, Honda, having clinched the Constructor’s title last weekend, is certain of getting 1st and 3rd in the riders’ title chase as well.

8. Casey Stoner continues to set new milestones. This weekend he will start in his 100th Grand Prix. The kindly people at crash.net have cleverly summarised those 99 starts so far. Casey Stoner’s 99 Grands Prix records

9. Hector Barbera returns to the Aspar team this weekend for what will almost certainly be his 2nd last start for them. Having parted company (somewhat acrimoniously) from Ducati, Aspar is looking at a CRT bike for next year and Barbera doesn’t want to be part of that. So he looks like being off to PRAMAC to replace the fast-but-fragile Randy de Puniet who looks to be returning to LCR to replace the disappointing Tony Elias who looks like he’s headed for retirement (finally). Aspar looks like running an Aprilia/FTR as his CRT bike (rider un-named at this stage) and, still on Martinez’s team, his line-up in 2012 in Moto2 will be the (hopefully) 125cc champion, Nico Terol and Pol Espargaro.

10. In industry news, BMW announced their S1000RR for 2012 last night with a raftload of minor changes and a new colour scheme. BLUE! I actually like it. Incidentally, I like the way that the mag wheels almost mimic old-skool wire wheels, very cute. 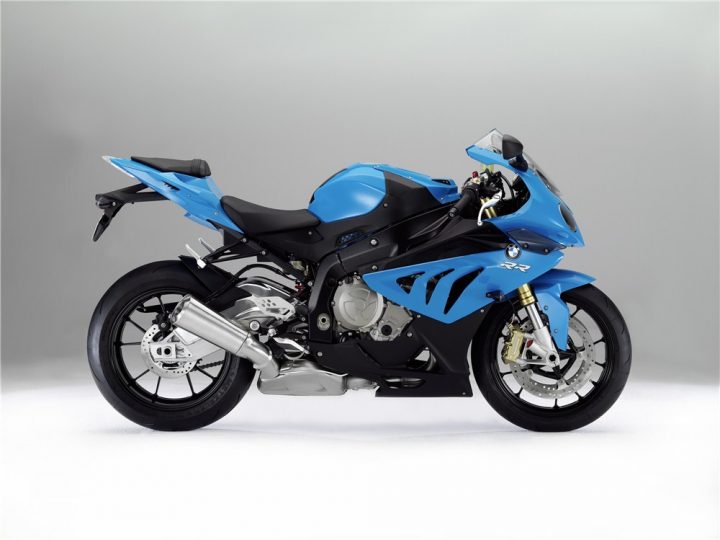 That’s all for today, have a great one!