Well, yesterday didn’t quite work out like I’d hoped. I was booked to call the PCRA meet at Eastern Creek and, after getting up early and driving up there, doing my pit walk and my homework, I found out that I wouldn’t be able to commentate since the commentary box was in the process of being completely renovated. Well, that was a bit of a bummer. Nevertheless, I made the best of the morning, networking with some friends, renewing some old acquaintances and collecting a couple of old tyres that I can use to protect the rims of the Shadowfax once it reaches rolling chassis stage. By mid-morning I was a bit tired and what I thought earlier was a possible toothache had developed into exactly that, so I pointed in the direction of home and made an appointment with the dentist on Monday morning. Hope it stays fairly quiet until then.

Casey Stoner got his 7th pole position of the season last night at Indianapolis and will have Lorenzo for company on the front row. Stoner broke the lap record in the process so it’s looking threatening for the rest. Rossi qualified 14th, his worst-ever performance at Indy. The GP11.1 doesn’t seem to be helping much.

I cleaned up some old motorcycle mags during the week and, as is so often the case, I stumbled across an article that was very topical. Just a few days ago I had been chatting with an American acquaintance on Facebook and he was a drag racing fiend. We started swapping stories about the Top Fuel bikes of the 1970’s and, wouldn’t you know it, in one of the magazines I found the article about Russ Collins’s 170mph get-off from the triple-engined Honda in 1976. So I scanned it and I’ll provide the links here if you’d like to read it. It’s taken from the November 1976 edition of Big Bike magazine. 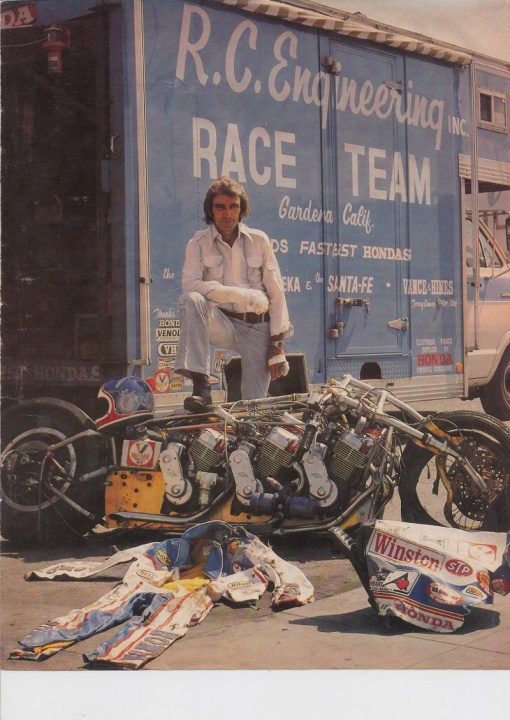 Needless to say I won’t be staying up into the wee small hours to watch the MotoGp !