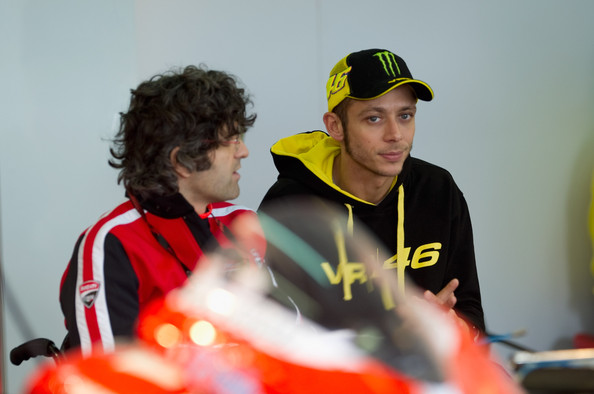 While the FIM has confirmed that the Japanese GP will take place a Motegi in October and the Tech III team has confirmed that they are attending, others, including World Champion, Jorge Lorenzo and Australia’s Casey Stoner are still vacillating. Now we have a press release from Valentino Rossi that suggests that he won’t be attending on health and safety grounds, despite assurances that the danger is “negligible”

“I was hoping the championship organisers would make the right decision, but that hasn’t been the case and now we’ve got a serious problem.” Rossi told BBC Sport.

The churlish amongst us might suggest that not going to Japan is a way of avoiding at least one disappointing weekend for the Ducati recruit, and also that, since Ducati is not a Japanese manufacturer, Rossi has more of an option to opt out than the other riders all of whose employers are Japanese factories.

In other Ducati news, motomatters editor David Emmett was able to secure an interview with Ducati team chief, Filippo Preziosi and it certainly makes interesting reading.

Filippo Preziosi talks about the Ducati.

No more movement at this stage on the Shadowfax project. I’m waiting for a rear hub to come from Canberra (via Victoria somewhere) and also the swingarm repair to be completed. Once this is done and I have the Marzocchis I’ll be nearly at rolling chassis stage so it is getting closer, just moving in fits and starts.

I’ve also updated My Motobiography this morning, sorry about being slack with this one, I must pay more attention to keeping the story going.