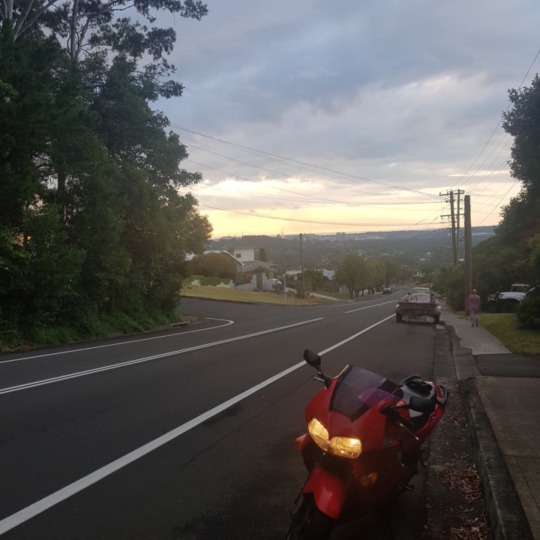 Double Demerits was due to start at midnight on the 23rd December and run for 10 days so a quick ride before they kicked in seemed to be in order.

Now, about DDs. They don’t bother me because I don’t speed. BUT, they DO bother me because, while I’m riding I need to be devoting 100% of my attention to the road and the situation around me NOT fixating on my speedo and obsessing about whether the 3 ks over the limit I am because I’ve just hit the crest of the hill is going to see me getting pinged. Governments are all about control and while they can bleat all they like about not increasing the FINES during holiday periods, the fact is that DD is a means of control.

Anyway, it was supposed to be a warm day so I set out early, and it was here that I made the first of my several silly mistakes that day. It was cold at home so I wore my winter jacket. I figured that much of the ride would still be in the morning and a bit of discomfort at the end of the ride would be compensated for by plenty of comfort while belting along the highlands.

The view of the early morning clouds over Wollongong was super, well worth stopping and snapping it (above). I made great time up the back road while still being real careful on a road that has had lots of repairs done since the rain but still holds lots of traps. Petrol at Cranebrook and on to Windsor.

But I wasn’t going to do the Putty, I was going to do Wiseman’s Ferry instead. So, it was right onto the Windsor Road and left onto the road to Pitt Town and into the glorious 50kms or so of twisties that take you up over the range and down to the ferry. TWO stationary speed cameras on this stretch (amply flagged by kind motorists heading the other way) and it was here that I discovered my second mistake. A large illuminated sign hanging over the road informing me that Double Demerits were ALREADY in force and would be until some date in January. D’oh, my plan to fly under the radar had been thwarted by my lack of proper research.

Nothing to do now but press on and I soon arrived at the ferry. As always it was half-way across the river on the OUTWARD journey so I was in for a wait. No problem, I’d been riding a fair while now and a break is good, plus the scenery is wonderful as well. 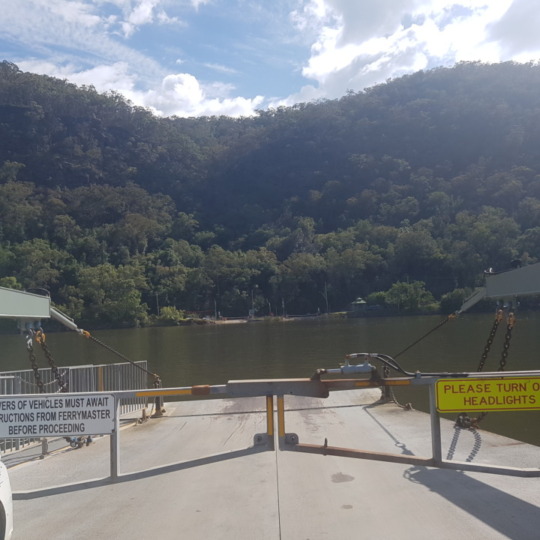 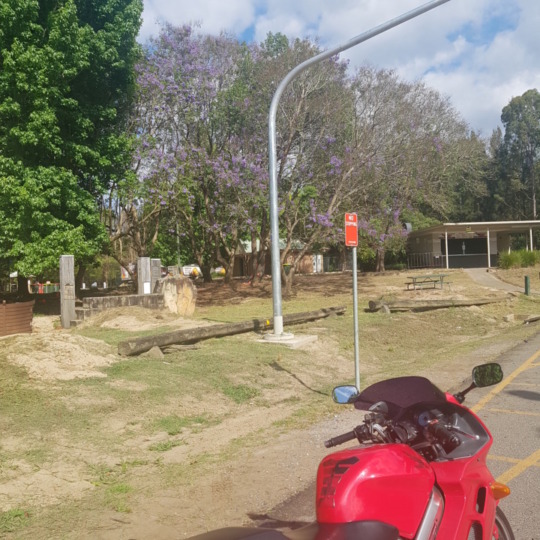 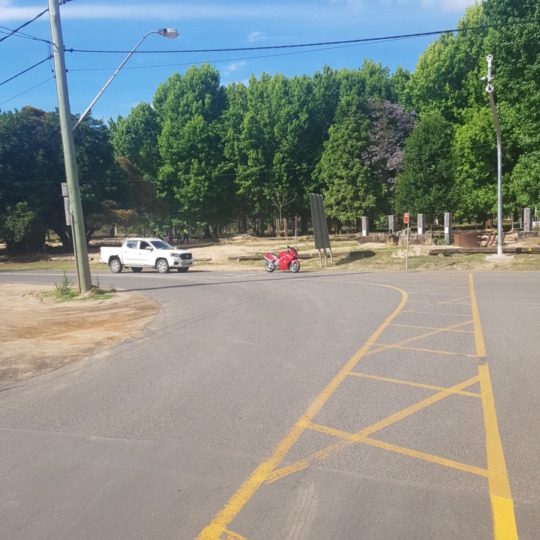 Out the other side I prepared myself for the rough ride that is the run along the river. As noted last time, lots of money HAS been spent on road repairs but even some of THEM are starting to break up already and there are still many sections that haven’t been touched at all. But there was no traffic, the weather was pleasant and I wasn’t in a hurry.

By the time I arrived at Spencer it was time for a coffee and something to nibble. You may recall that, a few years ago, I told you that the café was for sale. It was still the Spencer General Store then and sold what a general store did plus coffee and refreshments. The owner’s wife had serious kidney disease which required visiting the renal unit at Westmead Hospital three times a week (if you know your Sydney geography you will understand how taxing this must have been). The plan was to buy a dialysis machine for their home with the proceeds of the sale and avoid having to do all that travelling.

When I pulled up I noted two things. Firstly the general store had had a massive makeover. Repainted and redesigned and now renamed “The Anchor” the place looks a million dollars. 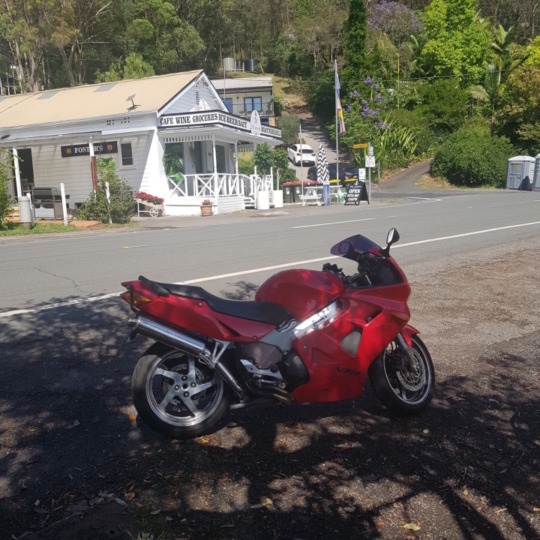 The second thing was that the tide was obviously still coming in and the river was lapping around the legs of the outdoor eating setting next to the river. It was going to be a quicker coffee than I’d planned!

I went inside and found that the reno had also completely changed the interior as well. It is now just a café/restaurant, the general store part is no more. 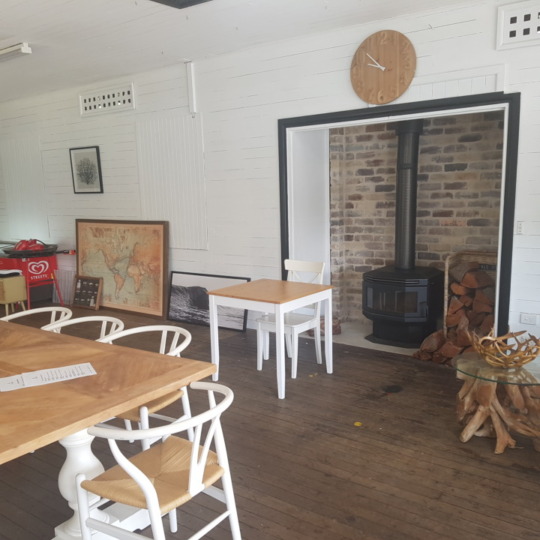 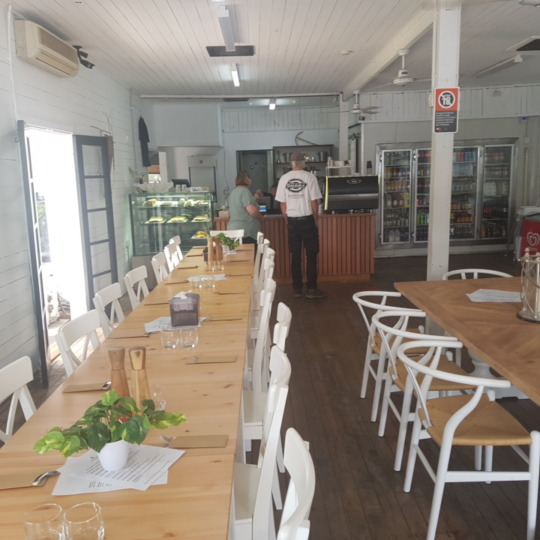 Sadly I also found out that only six months after selling up, the previous owner’s wife had passed away. Life can me cruel.

So I drank my coffee, ate my caramel slice while watching the encroaching water and hopped on the bike and scarpered.

The run along the rest of the river is much better, especially the climb out of the valley and the run up to Central Mangrove. I had only just (well, 50kms ago) had coffee so I didn’t go across to Jerry’s at Kulnura, turning right instead at the intersection and heading back out onto the highway. The plan was to head into Gosford and pick up the top of the Old Pacific Highway and follow it all the way to Hornsby. It has been years since I’ve done the Old Pac and getting onto it from the south wasn’t a problem, but, once committed, I realised that (mistake #3) I couldn’t remember how to access it from the NORTHERN end.

After travelling further into Gosford than was necessary, a friendly local pointed me in the right direction, a backtrack of about 10kms and into the industrial area at Somersby and the road that becomes the Old Pac.

Now it WAS DD time and I already knew that the Highway Patrol polices the Old Pac viciously so I just tootled. It is a shame that most motorcyclists ride the road from Hornsby to Pie in The Sky and then turn around and head back to Sydney. The best part of the road is the section between PiTS and Gosford.

So, observing the ridiculous 60km/h speed limit, I progressed to Mount White where I stopped at the café for a milk shake. It was starting to get pretty warm and it was here I discovered my next silly mistake. I had not brought my tank bag. Had I done so, I would have been able to remove the Winter liner from my jacket and been much more comfortable as a result. There were some nice machines in the car park, though. 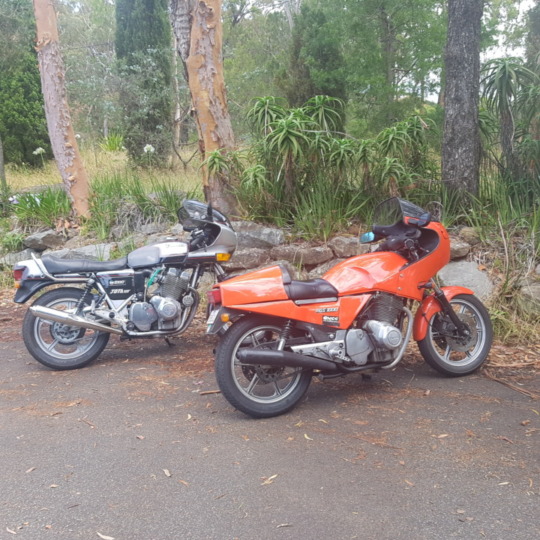 Always heading south I completed the last section of the Old Pac without drama (oh, except for the moron on the R1 who came screaming up behind me just north of Calga, the jammed on the brakes and pulled straight across in front of me so that he could get into the driveway of Pie in The Sky).

It was now mid-afternoon and my plan was a rapid transit down the highway to Pymble and down the King George’s Road and home.

It didn’t work out like that. By now the heat was taking its toll and my left had was cramping up as a result of the shoulder problem. Navigating traffic was starting to be a real bind and, as a result of poor sign-reading and lack of attention, I missed two vital turn-offs and ended up winding my way through the back streets until I finally hit Victoria Road, coming out at the top on Ring Road 3 at Ryde. Silly mistakes #4-whatever.

By now my hand was seriously hurting so I found a shady park near Concord where I took a well-earned break. I must have been there for at least a half an hour and, when I got going again, the situation had improved considerably.

That’s not to say that navigating the traffic for the rest of the journey till I got out to the other side of Waterfall was easy, but it was better than it might have been. The traffic right through Sydney was manageable, though it reminded me again of just how many sets of traffic lights dot the route.

The ambient temp gauge was reading 33° for most of the run through Sydney and that, with the Winter jacket, made the last bit a feat of endurance rather than a pleasure, but, I’d stuffed up so I was the one who had to wear the consequences.

439kms for the day in somewhat trying conditions and, best of all, I attracted zero attention from Mr Plod. Next time I’ll do it better, thanks for reading.

A very Merry Christmas and a happy and prosperous New Year to all of my readers, thanks for the encouragement that keeps me writing.