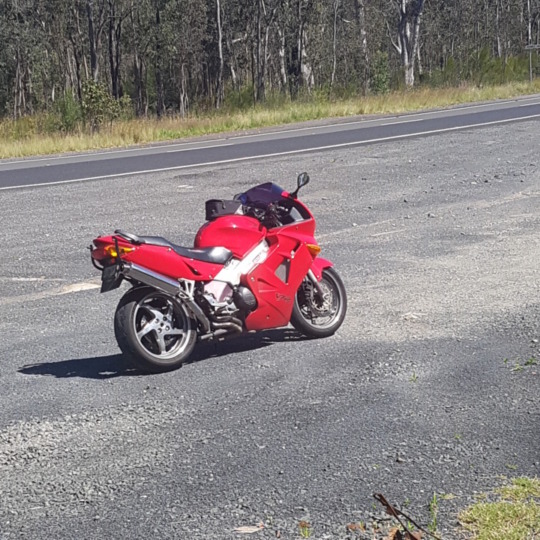 Yesterday was the first decent weather day for several weeks. I have been watching the BOM weather site to see when I could get in a decent ride and Friday seemed to (finally) have the promise of something good. So, I set the alarm for “early” and planned to head up northwards.

Of course, nothing is ever as easy as it seems and Thursday night had been quite windy. It was still quite blustery at 0600 but, the die was cast, I was going riding come what may. The forecast said temperatures in the mid 20s so I broke out the Summer jacket for the first time since LAST Summer and I even grabbed the Summer gloves (yes, I know, they are not like other gloves).

It WAS a bit cool heading up to the tops and through Picton but I’d ridden through 20+ Canberra Winters so I wasn’t going to let a bit of chill deter me.

Part of the reason for the ride was simply that I didn’t need a reason but also so that I could check out the current state of play of the roads I regularly ride. I already knew that few, if any, of the local councils had been able to do extensive repairs after the devastation of the March deluge but, questions had been asked so I decided to try and answer at least some of them.

I already knew that the backroad through the Oaks was going to be dodgy; Paul and I had discovered that when we went to Cessnock to pick up TBF a couple of months ago. The local councils had been very hard at work, it seems because it was in much better shape than I remembered, though it was clear that the southbound lane was much worse than the northbound.

The RMS’s insistence upon preventing overtaking at all costs has meant that, as sections are being repaired, they take the opportunity to strangle a perfectly good “B” road with miles of double unbroken lines. In this instance I wasn’t really in a hurry, I had a LONG day planned and I wasn’t going to burn myself out on the first leg, so, when I fell in with a Torago and a Triton ute just after the Oaks, I was content to stay behind. Good thing, too, because the council appears to have overlooked two massive potholes in the leg between there and Silverdale. One of them was over 6 feet across and very deep. Fortunately, the two drivers were obviously locals and the wisdom of staying behind them soon became clear as they skillfully avoided the worst of the dangers and allowed me to copy them and do the same.

A sausage roll and a flavoured milk at the Siverdale Bakery and it was on the road again. The roadworks between there and Penrith has been pretty extensive and the leg was accomplished with a minimum of aggravation.

Through Windsor and out onto the Putty and the road was looking OK. There were some very bad patches eastbound before the road opened to 100, but, on the whole pretty good. Incidentally, only one police vehicle spotted for the whole journey.

The Putty was, as always, a mixture of good and not-so-good. Evidently the authorities have been hard at work here as well and the progress was good apart for the usual bumpiness. I didn’t stop at GGC though there were heaps of bikes there, preferring to press on and get a good bite of the journey done in the morning.

I had a fabulous run from the GGC to the bottom of the Ten Mile and I began mentally preparing myself for the inevitable roadworks. Sadly, repairing the Ten Mile is going to be a LONG, long process as there are still long sections of one-lane controlled by red traffic lights where the road has simply fallen away into the river. Just getting equipment INTO there then manouvering it around doesn’t even bear thinking about.

Having said that, don’t be deterred. There are still plenty of sections where you can have lots of fun.

And, speaking of fun, not long after I got into the Ten Mile, I encountered a little Yamaha enduro bike being ridden VERY enthusiastically on dirt tyres. It was fully equipped with a tail bag, panniers and, it seemed, a large after-market fuel tank. I wasn’t keen to pass as I knew there was little to be gained so I stayed behind and enjoyed watching a rider who obviously knew the road and what they were doing.

I had already seen quite a lot of wildlife, several bearded dragons sunbaking on the road and large goanna who played chicken with me in the twisty bits near the Putty turn-off. But nothing prepared me for the sight of a large red-belly crossing the road who reared up and tried to strike at the Yamaha rider’s right boot! It reminded me of poor Gino Borsoi who encountered an angry cobra during qualifying at Sepang in 1998!

At the next red light I pulled up beside the rider and was surprised to see that it was a girl, and a tiny one at that. And, boy, was she equipped. She had a huge phone on a Quadlock showing the GPS route, a GoPro attached to the handlebars and another attached to her helmet and a Sena attached to the helmet as well. Top quality riding gear added to the image.  Conversation was difficult as I had my earplugs in but I found out that she was from Bargo on the Southern Highlands and she was travelling to the Central Coast to join a group of girls who were going adventure riding for the weekend.

When the light went green she offered to let me go in front but I demurred, I always enjoy watching someone who knows what they are doing and she was an excellent rider. After the Ten Mile I did pass and gave her a cheery wave as I stopped at the Truckies Memorial at Milbrodale and she rode on through.

The link road between Milbrodale and Broke is always dodgy, littered with bad patches, bedevilled with kangaroos at all hours of the day and night and ruthlessly patrolled by the local HWP, intent on enforcing the stupid 80km/h speed limit. NOT a road on which to hurry so I didn’t.

The next leg was exploratory and was likely to be the most difficult. It’s been some years since I have done the Broke-Kulnurra section through Wollombi and it was pretty awful last time. I had read some reports that it was diabolical after the rains but there was only one way to find out.  So I was pleasantly surprised to find that it was wide, open and free of potholes, what? Someone must have blundered. Enjoy it while you can, I thought and I was right. At the bridge crossing the Wollombi Brook, the local council border must be located because, after it, the road deteriorated rapidly to being at least as bad as I remembered, perhaps worse. Hardly any advisories, locals in their 4WDs driving down the middle of the road on blind corners and little, if any sign of maintenance. Pothole City, and then some.

Once committed, it was a case of slow down, press on and be super careful. So I gritted my teeth and was eventually rewarded with the sudden climb off the river flats and into Lemming Corner.

Speaking of rivers and flats, the pastures are so green it almost hurts, all the farmers’ dams are filled to overflowing and any low-lying land is still flooded. It’s no wonder that the new rains can’t soak in, the countryside is just waterlogged.

The rood between Lemmings and Kulnurra has always been one of my favourites and it was in pretty good shape. No traffic, barring a Queensland-registered motorhome which I quickly dispatched and I made excellent time to Jerry’s where I planned to stop and take a longer break.

It’s a good thing I planned it too because, as always, Jerry’s was a feast of fine machinery. As well a a plethora of lovely bikes… 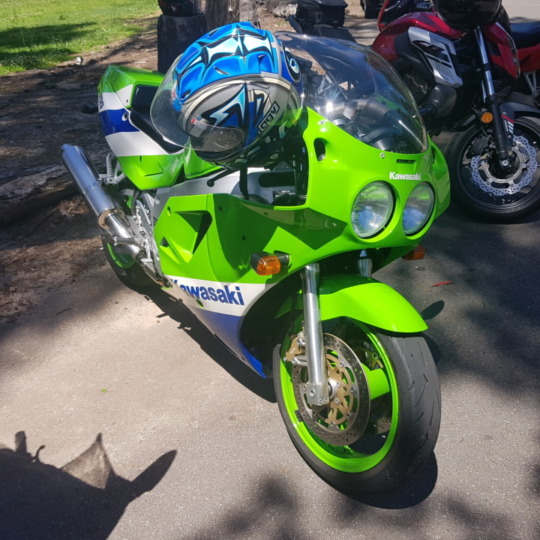 …a local Pommie car club was having an outing there. A yummy Daimler SP250 and a cream Triumph Stag were just two of the delights on offer. 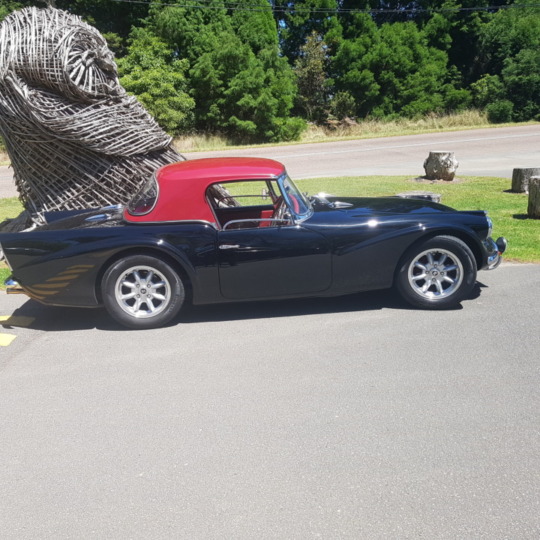 After shooting the breeze with the Daimler’s owner for a while I decided to press on as there was still some way to go.

My next research project was the road between Central mangrove and Wiseman’s Ferry. The run down the mountain onto the river flats is always entertaining and the road surface was good and it was also totally traffic-free. I knew enough to know that it was the flat section that wended its way beside the river for the next 20 or so ks that was going to be the issue. It never has been any good and I was anticipating that the usually dreadful surface would be even more so.

Well, it wasn’t great, but there has been a huge amount of road works undertaken and there is still plenty happening. What a surprise. Again, traffic-free apart from a nice bloke driving a RAV4 who pulled aside and let me go by, win.

Missed the ferry by “that” much so a wait while it returned. 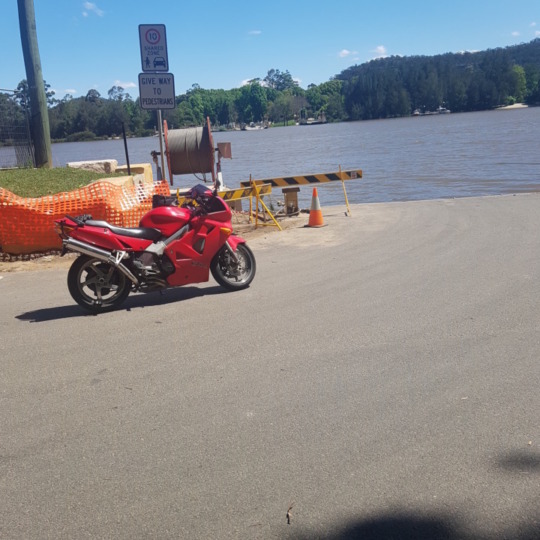 The road surface up to the flats at Maroota was pretty terrible, but mostly on the northbound lane, strangely enough. I love all the sweeping bends and elevation changes on that road and I got a good run and was only really held up by a slow-moving truck on the outskirts of Pitt Town and I didn’t get by him until I got out onto Windsor Road.

Time was moving on but I had already decided to take the Northern Road home so it was on to Cranebrook where I paused for fuel, a nibble and a chain adjustment before steeling myself for the run through the Penrith by-pass. “Run”, not really, more like a crawl. By now my left had was cramping up pretty badly and having to constantly use the clutch certainly wasn’t helping. Three lanes of traffic heading south with a multitude of traffic lights into the bargain. Call me a wimp if you will, but the road should only really be two lanes not three and filtering was definitely not possible.

Once clear of Penrith and environs it was onto the new road which, while boring, sure shifts the traffic and allows for rapid progress.

One more traffic jam around Campbelltown and it was onto the Appin Road and homeward bound.

I pulled into home at 1800, having left in the morning at 0630. Eleven and a half hours in total, 611kms total for the day. Not fast but I was never planning on it being so. I used Relive to document the run so here it is if you’d like to see how it looks on the map.