You are here: Home / News and Updates / The Emperor’s New Clothes 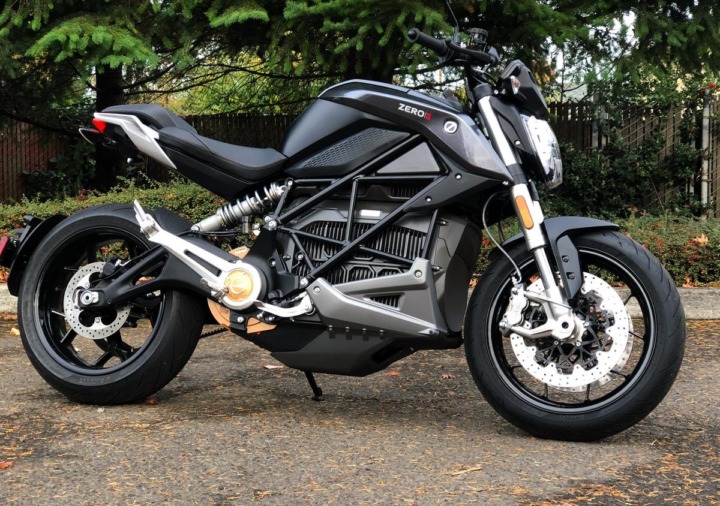 I have been waiting a long while to compose an article on the subject of electric vehicles (a misnomer which I will explain in a moment) and I think the time has come.

Electric Vehicles, 2 and 4 wheel, are all the rage right now with their fans (fanatics) shouting their praises from the rooftops. Any attempt to point out the many flaws in the concept are met with strident criticism and name-calling of the most abusive kind. So, what is the state of play and should we be getting on board?

Well, to start with we need to clear up the naming. Electric Vehicles are NOT electric vehicles. In order for them to be so, they would need to generate their own electricity and they don’t. The correct term for them is Battery Vehicles and that’s the term and the abbreviation that I’ll be using here. BVs are vehicles that are powered by an electric motor that draws its power from a battery. Important distinction but one which the BV brigade does not want to have pointed out.

AND, BV’s get their battery power from being plugged into the grid and recharged (way too often) in order for them to keep going.

BUT, where does this charging power come from? From the grid, as I have already pointed out. Some power station, somewhere or other, generates electricity and the BV owner plugs his/her BV into the power charging point and draws down current that charges their vehicle’s battery.

BUT (again), isn’t the point of the BV that it frees the owner from the evil system of coal-fired or, worse still, nuclear power generation? That’s what their proponents want us to believe.  And, isn’t owning a BV better for the environment because it takes away the pernicious Internal Combustion Engine and its associated pollutants. Right? Wrong. Modern ICE’s are incredibly eco-friendly and contribute far less to pollution that vast, monolithic power stations upon which the woke brigade’s BVs are still dependent.

California’s super woke Governor has announced that the sale of new ICE vehicles will be banned entirely by 2035. But, at the same time, California residents are living in a state of suspended reality amidst homelessness, beggars on the street corners of their major cities and demands that they LIMIT their electricity consumption in the northern Summer because the existing grid can’t cope with the demand. Seriously, you can’t make this up. If the grid can’t cope NOW, what hope will there be once all new vehicles are electric (sorry, battery)?

Sales of new vehicles will plummet and Californians will spend the money they are being coerced into wasting buying BVs making sure their existing IC-engined cars keep running for as long as they can.

It’s no surprise that California is at the forefront of this stupidity. With the mansions in the hills behind the big cities occupied by entitled virtue-signalling “celebrities” who want to take every opportunity to flaunt their environmental credentials, it’s a no-brainer. But don’t ask how much these mansions cost to heat and cool and how much electricity they use. And don’t ask how much their executive jets and extra-long limos contribute to pollution, that’s an inconvenient question.

“We will make sure you can’t use your IC-engined vehicles,” they say, “We will legislate them out of existence. Then you’ll either have to buy a BV or walk.” Well, guess what, pal, you’ll be walking with me because, if the current trend continues, you won’t be able to travel even if you want to because you won’t be able to charge your car.

BVs are the Emperor’s new clothes. Everyone KNOWS it’s a con but nobody is game to say so.

They can do what they like to dress it up so it makes sense, but, in the mean time, I’ll be the little boy standing on the side of the road saying, “But, mummy, the king is naked.”