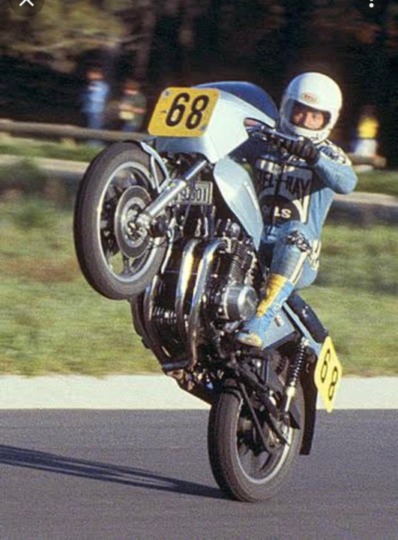 I’m still a bit in shock this morning. My good buddy and photographer and fellow CRRC foundation member, John Small, was found dead yesterday at his home at Tilba, on the south coast of NSW. The details are not clear at this stage. John, whose work became known world-wide through the above picture and others of the era that he took, forsook the hurly burly of Canberra many years ago, swapping it for the bucolic lifestyle in the picturesque little town of Tilba. There he continued his photographic journey, concentrating on capturing Australian wildlife and scenery instead of bikes.

At a later time I’d like to compose a proper tribute but, for now, here’s a few words about him from my blog of many years ago.

Despise not the day of small things.

John’s loss is a personal one for those of us who knew him but it has wider significance because of the body of work that he produced. That body of work will be his legacy and will help his name to live on. RIP John Lindesay Small. Proud to have known you and to have been able to call you my friend.