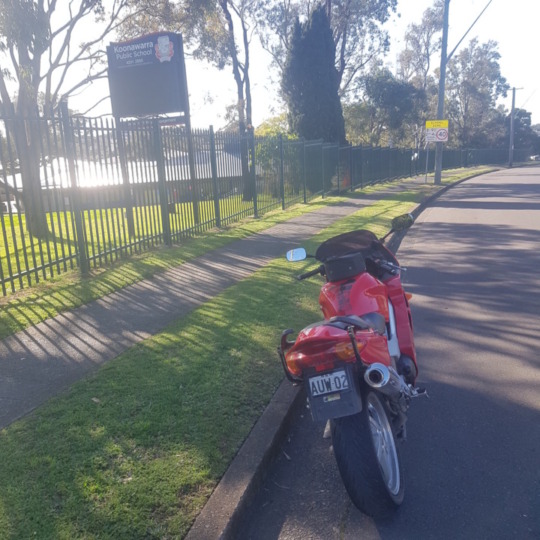 Sleep is not happening quite as it should these and portions of every night seem to be dedicated to random thoughts about all manner of subjects that seem to have little meaning or connection. Now you know that, when this sort of thing happens to me I usually get up, jot down some notes and address the issue in the morning, a process that usually results in a blog article of sorts.

The other night I was doing my usual tossing and turning and the thought turned to how many schools at which I taught in my 40+ years of involvement in the profession. My brain would simply not allow me to “pigeon-hole” the idea for later consideration so I counted them up. Even I was amazed that the number added up to over 40.

Of course, in the normal course of things that would be impossible so I’d better explain.

In the three years I spent at Teachers College, I did 5 Practice Teaching placements. Trainee teachers spent three weeks in Terms One and Three working in a classroom, learning their trade under the guidance of the classroom teacher. My first placement was in 1969 at Windang Public School, working in the class that was taught by the Principal’s wife. It was quite a shock to the system. I was paired in the class by another First Year student, a young lady called Laurel Bridges. We were both eager to learn and did, in fact, learn a lot in those three weeks. Laurel also learned that, while her mini dress was very stylish and fashionable, it wasn’t quite the right thing to be wearing if she was planning on reaching up to write on the board while her back was to the class.

In Third Term I did 3 weeks at Port Kembla Public (the old building that is now not there). Situated right next door to the ER&S works, whose huge chimney spewed out noxious gases from the copper smelter, it’s  wonder we all didn’t end up suffering from dreadful diseases in later life. I returned to PKPS in 3rd Term of 1970 for another three week stint. In 1st Term of 1970 I did three weeks at Mount Keira Demonstration School, half way up the mountain. Demonstration schools, by their names, were schools where trainee teachers went to watch lessons taught by experienced teachers and learn all manner of classroom management techniques. There was also a Demonstration School at Fairymeadow where we also attended classes. FMDS is one of the schools that I attended a a student and later returned to as a teacher.

In 1971 we only did one “prac” but it was a long one, SIX weeks. I was sent to Mount St Thomas Public where I was attached to the 6th grade class, the teacher of which, Ron Ring, was also the school’s principal. Ron had an office behind the classroom and it didn’t take long for me to notice that he spent most of the day in his office and very little time in front of the class. A bit of research elicited the fact that Ron was a keen cricketer who spent most of his school day transacting the business of the cricket club, of which he was president, rather than teaching his class. His lack of attention to the job in hand and to his responsibility for mentoring me as a trainee teacher led me (in retrospect) to develop some rather bad classroom habits that I later had to UN-learn.

As you know, my three weeks at Teachers College ended at the end of 1971 and my 1972 began with a train trip to Sydney to be inducted into the Army as a National Service Recruit.

As luck would have it, at the end of my 10 weeks of hell at Kapooka, I was posted to Army Education Corps and posted back to Kapooka as a Sergeant Instructor. As much as I hated 1RTB as a recruit I hated it even more as a staff member though the perk of leap-frogging the Corporal Instructors who had made my life miserable for the preceding ten weeks did help a little. But I was very pleased when, only a few weeks into my tenure there, my request for a posting closer to Wollongong and my girlfriend resulted in a move to Holsworthy, the Eastern Command Education Section.

Life at Holsworthy was brilliant, easily one of the most satisfying periods in all of my teaching career. I was discharged from the Army in February 1974 and posted to Koonawarra Public School, near Dapto and just up the road from where my wife and I had bought our first house after we were married in 1973. That’s KPS in the picture at the top of the page.

In 1976 I accepted a posting with the ACT Education Department and moved to Canberra to live. I taught in two different schools there till the end of 1981 and, in my spare time, I founded the Canberra Road Racing Club, presided  over 4 race meeting at Macarthur Park as well as several Club Days and novelty events.

From the start of 1982 to the end of 1987 I taught in the private sector, in schools in Sydney and in Ipswich in Queensland.

Returning to the ACT in late 1987 I decided that I didn’t want to go back to permanent teaching and I spent the next 14 years working as a Casual Relief school teacher in various ACT primary schools.

My daughter was born in Wollongong in early 1976 and my son in Canberra in mid-1978.

I’ll pick up the rest of the story, plus the reason why I have the enigmatic photo at the head of the article, tomorrow. Catch you then.