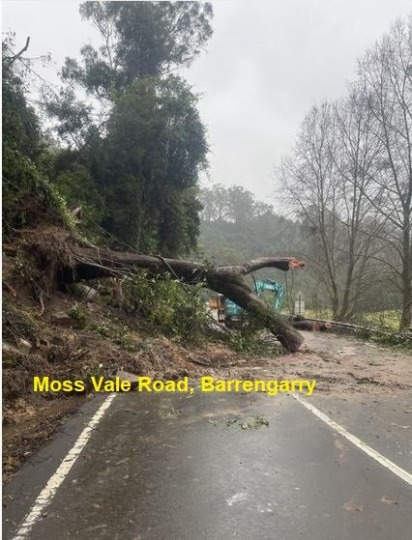 The weather on the east cost of Australia continues to play havoc with the lives of nearly all residents. Losses in the latest lot of flooding (in areas that have only just recovered for similar flooding in March) are incalculable and costs are sky-rocketing as we speak. Only now that the floodwaters have begun to assuage are we really seeing the full extent of the damage and the herculean efforts of those who have again put their lives on the line to try and help those who have been affected.

The above picture is local, a landslide that has again closed the Barrengarry Mountain roads only weeks after it was finally re-opened after being closed for repairs for several months. Estimates are that the road will again be closed for an extended period to deal with this and other land slippages.

Jamberoo Mountain Pass, which, for months served as our only road up to the highlands is now closed for an extended period. Macquarie Pass has just re-opened after major earthworks that took months to repair flood damage from last time have been completed.

Here are some more shocking images from around the east cost of NSW. 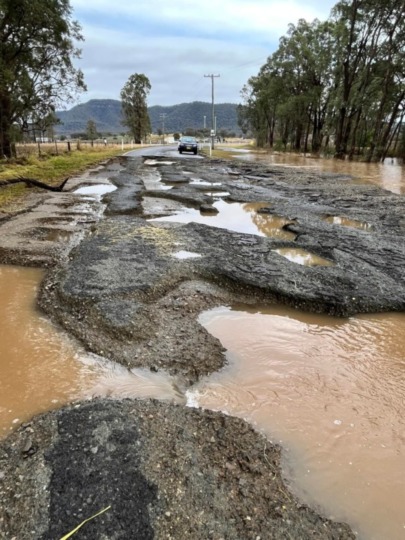 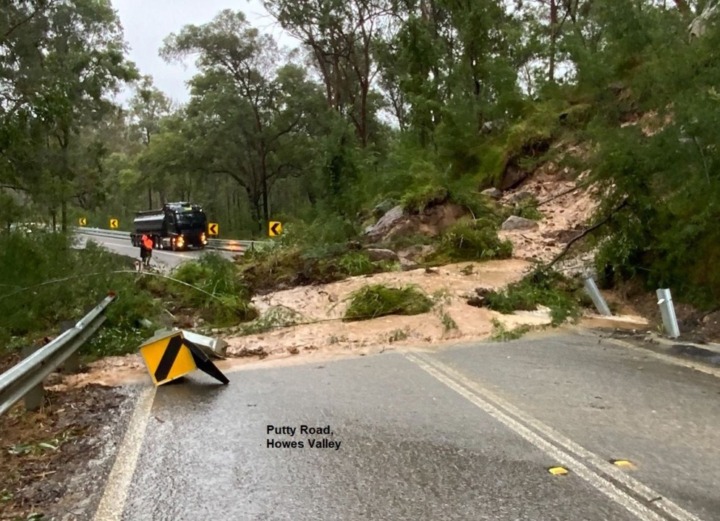 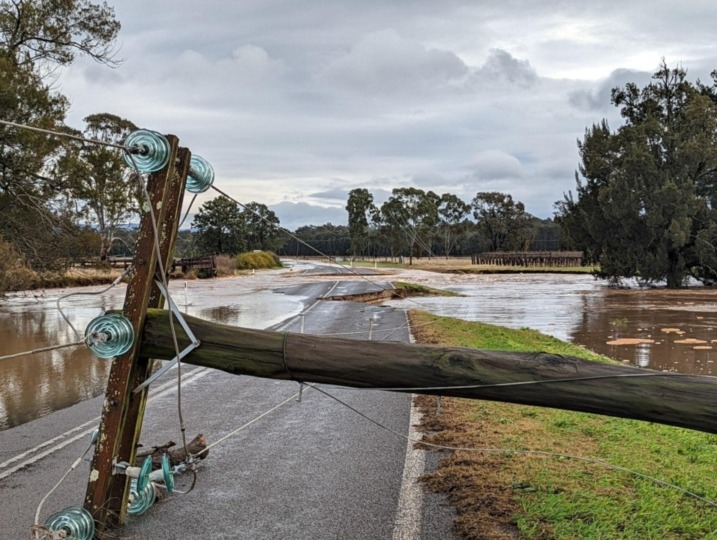 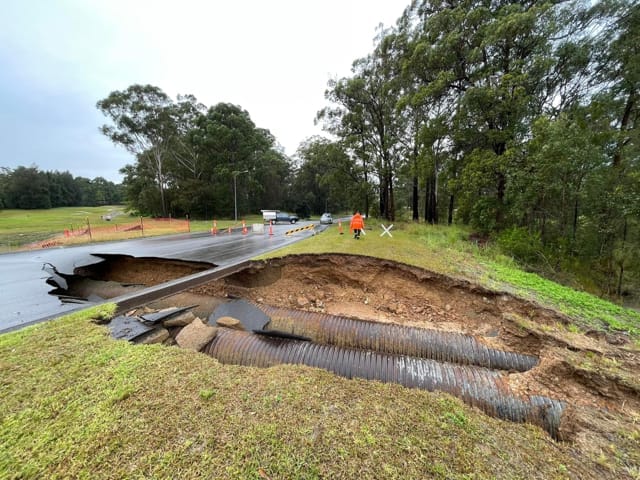 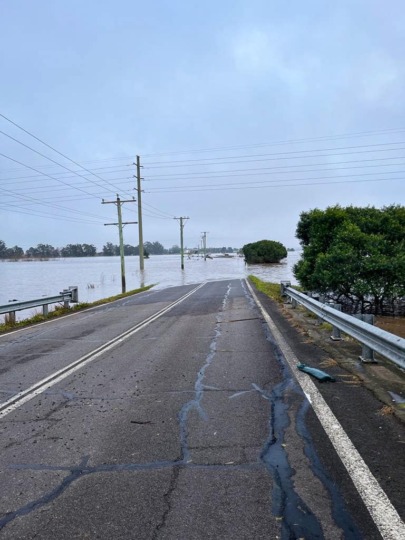 It is probably churlish in the extreme to complain about the impact that the weather and the floods have had on riding so I won’t. Suffice it to say that, even though the weather itself seems to have cleared and the sun is out, the idea of actually RIDING somewhere remains firmly well into the future. Let me quickly detail what the impact has been on the roads that I regularly ride.

Local roads have all been badly hit by the rain and riding becomes more of a pothole-dodging exercise than a pleasure.

The Putty Road is closed at Milbrodale, but, even if you rode up TO there, the road itself is in appalling shape and it would not be an enjoyable exercise.

Wisemans Ferry is closed so no sneaking through the back way and up through Wollombi. The Tavern there was almost up to its roof on the weekend anyway and there are reports of police fining motorcyclists who have been ignoring the Road Closed signs and taking the backroad through to Broke. Broke itself has been devastated by floodwaters and is presently cut-off.

As noted already, Barrengarry is closed so no access to Kangaroo Valley from the north.

The Nelligen Road is in dreadful shape and there are reports of numerous motorists incurring considerable tyre and wheel damage, and that INCLUDES  drivers of 4WD machinery.

The Hunter Valley is basically a no-go zone with towns like Maitland and Dungog being inundated.

So, where do you ride, assuming that you want to play “dodge the pothole”? Not much choice and probably better to just stay home till things settle down a bit.

To be fair, it IS Winter and riding opportunities are less than they usually are anyway, but it is very much a case of all dressed up and no place to go.

Hopefully Springtime will be here soon.