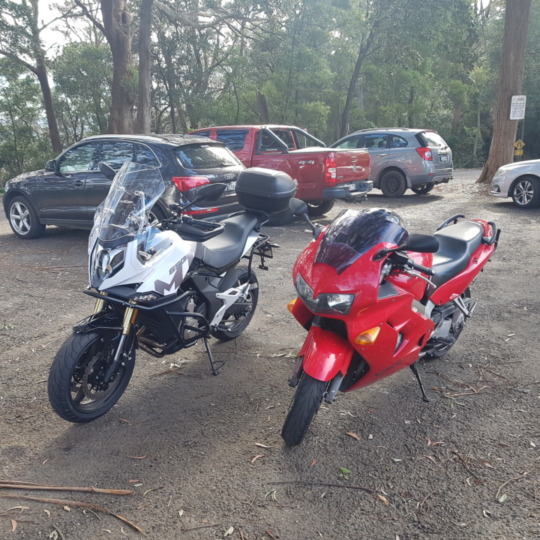 Yesterday was the shortest day of the year, yay, warmer weather is coming, so I did a short ride with a Facebook friend who I have been trying to see for over a year. Tony lives in one of the Wollongong beachside northern suburbs and is a member of a revered speedway family and we have been trying to coincide our times for a ride for ages. Yesterday it happened.

Tony is riding a CFMoto twin that is brand new, an acquisition after owning two FJR1300 Yamahas over a period of 18 years. Like many guys our ages, he was finding maneuvering the Yammy increasingly difficult. Not so much on the move but at low speeds and when parking, etc. I am experiencing similar issues with the VFR but I am just too bloody-minded to sell it and buy something smaller because I know I would miss it too much.

Anyway, apart from a few minor niggles, Tony absolutely loves the thing, mostly because it is 72kgs lighter than his FJR was (let’s face it, the Sydney Harbour Bridge is lighter than an FJR1300).

So, after numerous attempts to get together for a ride, as I said, we finally managed it yesterday and what a great ride it was. The weather was super and the destination likewise. Down through Jamberoo, Kiama, down the highway to Bomaderry and up Cambewarra Mountain to the famous café on the summit. Yes, the road was a bit patchy in places but we had plenty of time to dodge the nasties as we weren’t in any hurry at all.

And what a lovely venue, perched on the edge of the escarpment with spectacular views of the Shoalhaven River and the farmland and towns along it. 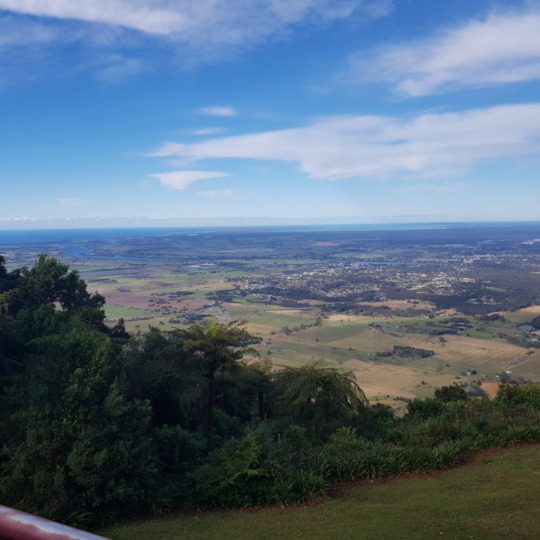 Though it was only 8° ambient temperature at the top, it was warm and snuggly inside and the big mug of hot chocolate certainly helped. 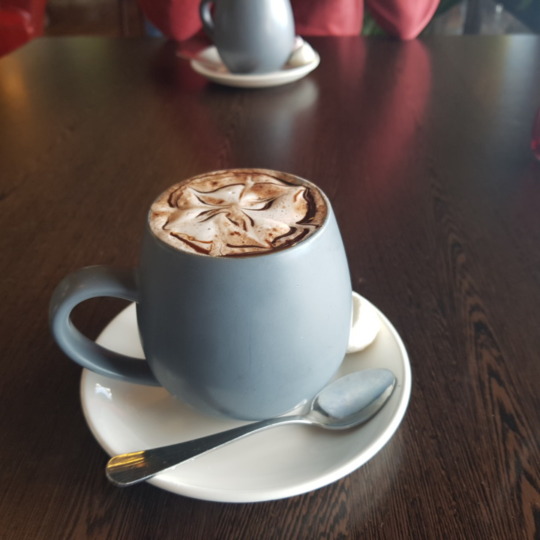 Best $6 I’ve spent in a while. Over a leisurely cuppa we discussed life, the Universe and everything, talked about speedway; Tony’s dad was one of the original builders and fund-raisers for Goulburn Speedway, gave our opinions on the state of MotoGP (Tony has just returned from Italy where he watched the Mugello event) and on motorcycling in general.

It is rare to find a new friend with whom you instantly “click” but that was certainly the case. We have very similar tastes in riding, preferring to keep at or around the limit and similar tastes on most things motorcycling.

We rode back the long way through Seven Mile Beach and resumed the highway near Gerringong. Tony peeled off at Kiama to go and visit his mum who lives there and I retraced the usual route through Jamberoo and home.

One of those days where everything goes right, what’s not to like? 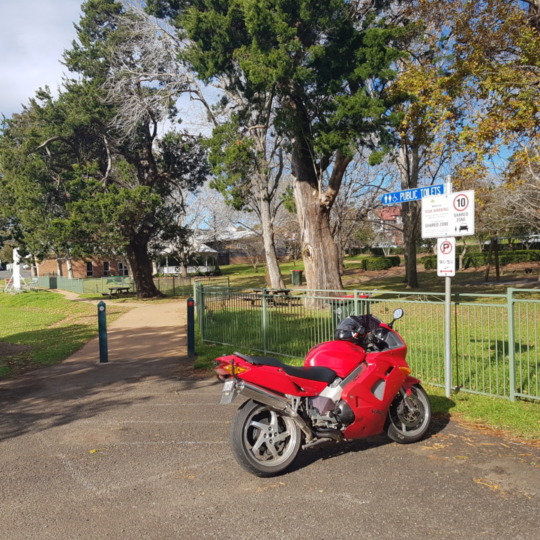 The comfort stop at the park in Jamberoo is becoming as common as the one in the side street of Picton.

And the trying something new? Well, it doesn’t really apply to Tony OR the ride, rather it applies to a new phone app that was shown to me by one of our Illawarra Riders members.

It’s called “Relive” and is basically a tracking app that taps into the Location Services of your phone and records a whole heap of details about your ride, walk, whatever. But, unlike other similar add-ons, like Strava, for example, it produces an animated record of your ride overlaid on a Google Earth background. I only tried it for the first time and I didn’t use any of the fancy features but I reckon it’s great. Here is our ride from yesterday please let me know if it doesn’t render and I’ll try and embed it another way.

Relive ride on the shortest day.

You can add photographs that you have taken along the way and add captions to them as well and you can have different music or none at all. The app is free but to use the advanced editing functions you need to subscribe at the rate of $5 per month. I did; I reckon it’s worth it.

Now, to the ongoing saga of my Go-Pro camera. Most of you know that my Go-Pro copy camera records beautifully and is a great cheaper option to the expensive named version. Apart from the fact that I can’t seem to block out the wind noise so I can hear the motor/exhaust note (yes, I have tried the windsock and other “solutions”), the only problem has been that the videos render perfectly when viewed on the camera but they take FOREVER to upload to the computer and then render jerkily when displayed.

My brother took the camera home the other day to try on his computer which is a similar spec to mine and it worked perfectly. It seems that my USB cable is dodgy, so I tried another one and, what do you know, the file was viewable through the cable on my computer screen. BUT, when I tried to upload it, I encountered the same problem, arthritic upload speed.

Then a little flash of inspiration (I have to note these because they are becoming increasingly rare). I wondered what would happen if I tried to upload the file to another hard drive on my computer. Yeah, you guessed it, the file uploaded in just 5 minutes (it’s nearly 4gb so that’s pretty good) and it displayed on the screen perfectly. Finally some success.

I will upload a link later, but I’m a happy chappy.