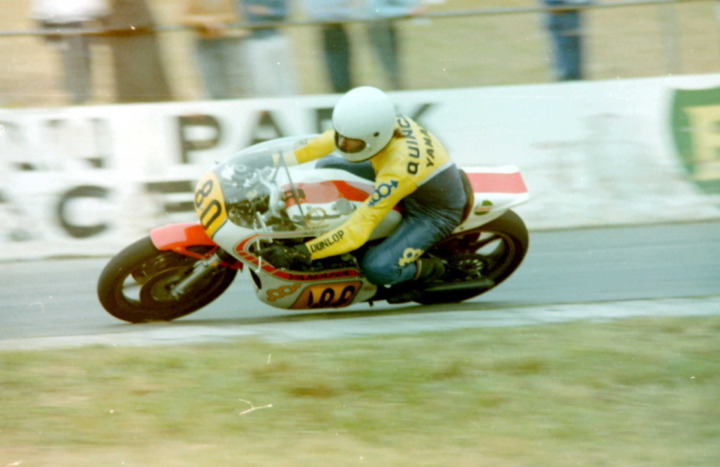 Yesterday was a very sad day with the news coming through that champion road racer and champion person, Ray Quincey, had passed away. Elsewhere on this blog I have detailed his story so I’m not going to do so again. Suffice it to say that Ray, a winner of THREE Australian road racing titles in the ONE year in his early career, was a rider who could have and should have gone right to the top barring his horrendous accident in Belgium in 1978 that left him confined to a wheelchair.

Despite the adversity, Ray attacked life with the same ferocity with which he had attacked his racing, carving out a career as a motorcycle dealer and always being around the motorcycles he loved so much.

An “old skool” racer who eschewed the “knees-out” riding style of his peers, he was neat, precise and as smooth as any I ever witnessed.

I am proud to have known him, spent time with him and with his family and been responsible for getting him the commentary gig at the 1979 Road Closure meeting in Canberra. We hauled Ray, in his wheelchair, up onto the platform and I spent the weekend listening to his very expert commentary.

I met Ray again at the 30th Anniversary Kenny Blake dinner in Melbourne in 2011. He was bright, cheerful and it was great to renew his acquaintance.

I extend my personal condolences to Ray’s friends and family. His memory will always be treasured.