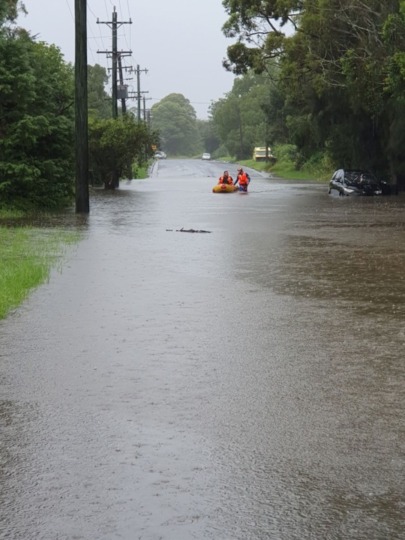 Remember I said we got a bit wet on the last leg of our 3 day Oxley Adventure? We couldn’t have known that, since that day, we have had nearly constant rain here on the east coast of Australia with areas in Queensland and northern NSW receiving over 1000mm of rain since the 21st of February.

The flooding on the eastern seaboard has been the worst on record in some areas with the perfect storm of heavy rains, already saturated water tables, coastal rivers all flowing to the oceans, an East Coast low pressure system dumping massive amounts of rain and king tides preventing the rivers from dumping the extra into the ocean.

We have been mercifully spared the worst of it here south of Sydney but, even so, my local rain gauge here has recorded 597mm of rain since 21-2-2022. This is a conservative figure since my gauge only records up to 40mm and, on two days, it has been overflowing.

Localised flooding has occurred here with all roads but one into Horsley being closed on two days, access only being possible by way of a circuitous route out to the highway across the Fowlers Road bridge.

The devastation up north has been horrendous and it will take literally years for the coastal communities and the rural areas along the river banks to recover. Help is bring rushed in by emergency services but there are many areas that not even they can access as yet an it will take weeks for the flooding to go down since we are still under the influence of the ECL.

Suffice it to say, no riding is being done nor will there be in the foreseeable future. Good thing that MotoGP starts tonight, eh?