…are like no other gloves, or so they say. 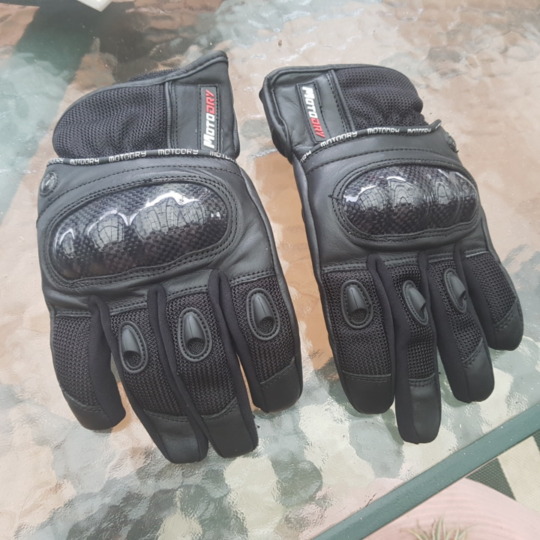 My summer gloves take a bit of a hiding. I tend to wear them most of the year with my mid-season gloves only being brought out if the weather gets cold. I have an excellent pair of Black Ice winter gloves and I seriously cannot remember when I wore them last. I have had Rhonnda for over 5 years now and I have only ever used the heated hand grips twice in all that time so I guess it means that my hands don’t get that cold.

But my summer gloves are finally in need of replacement and, apart from wanting another pair, I did have a specific requirement that made finding replacements a little more difficult. My existing R-Jays gloves have this little pocket on the back of the knuckles which I have always used to stash my ear plugs when I am not wearing them. When it came time to buy new ones, I was somewhat dismayed to find that nobody seemed to do this any more. Plenty of summer models but none with this little feature to which I have become so accustomed.

But, after a little bit of flaffing around, I found that MotoDry make a set that has the pocket. My local dealer didn’t have my size (extra fat) so I ordered a pair in Large and I wore them on my recent Oxley tour.

First of all, the quality appears to be excellent. 100% Australian owned and designed (though probably made elsewhere, but you can’t have everything) and solid-feeling. The gloves fitted perfectly immediately, unlike some that take some time to “stretch in” and were very comfortable.

I wore them for the duration of the three-day ride including the times when it rained. I was surprised at how well they shed water and each time we pulled up after rain the inside of the gloves still felt dry. By morning the outside was dry as well, something pretty clever is going on here.

What surprised me most, apart from the comfort, was that they also kept my hands warm. On Sunday morning while heading down the Oxley to the mountain it was foggy, rainy and the ambient temperature was 9 degrees, well and truly low enough to justify switching on the heated grips but I found I didn’t need them.

So, had I inadvertently bought a set of mid-season gloves that just had the pocket and were short in the wrist by mistake? Evidently not because, on the many occasions where the ambient was up over 30, my hands felt cool, so I can’t really figure it out.

“MotoDry Aero Vented” is the brand and I’m pretty comfortable recommending them. They cost me $70 which I also think is a reasonable price. 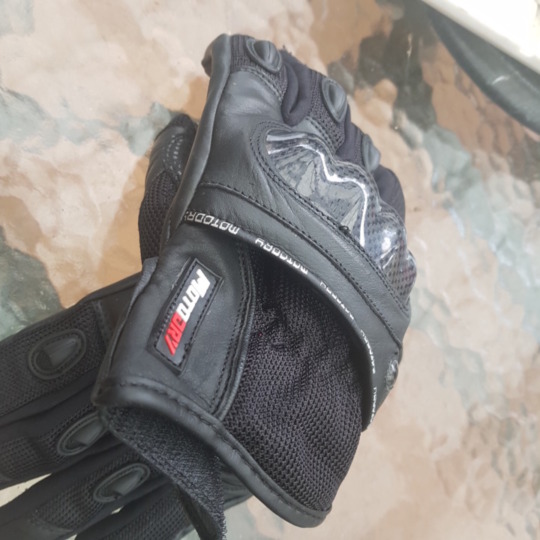