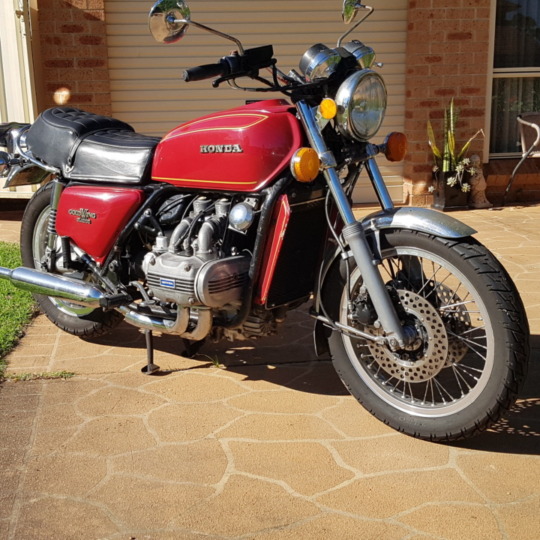 Proving that you are never too old to learn something new, here’s a tip that turned up on Facebook today. Now, I hasten to add, I haven’t tried it yet but it seems obvious from a physics point of view and I don’t think you could fake this just for the sake of a video. Here it is, make of it what you will. And, if it works and it works for you, please let me know so I can pass on thanks to the original poster.

If you think about it, its is clear why this HAS to work, even watching the video, you can see that the bike “sits up” when you turn the handlebars. Can’t wait to get out and try this.

In other news, the Christmas celebrations have come and gone, somewhat muted this year what with COVID and everything (even a scare ourselves when a friend’s mum tested positive, but she tested negative and so did we). Our NYE celebrations are getting even more muted these days, as a friend said, now that she’s older she decided to get out and party some more but it’s difficult to do so when she needs to be in bed by 10! My best to all my readers for 2022, let’s hope it is a better year than the last couple have been.

No real news in MotoGP except a barely plausible Press Release from HRC saying that Marc Marquez’s recover from the double vision he suffered earlier in the year is “progressing”. Honestly, sometimes I think HRC’s press crew read the book on “How to lose friends and antagonise people.”

In local ASBK news, the major story is that of “Mad Mike” Jones who will be switching from Ducati to Yamaha for 2022. I’m sure that there is plenty more in this story but, as usual, it is deeply obscured by press platitudes which, when boiled right down, mean absolutely nothing.

I’ve been keeping up the riding though only locally, no big rides since the Putty run a couple of weeks ago. Apart from Christmas responsibilities, it has been raining almost constantly so you really have to pick your times. I did get a nice long run on Bexie the other day and thereby hangs a strange tale. Back in October, I had a Jamberoo run on Bexie and I noted John Keogh taking some photos, I clicked on the link and selected a couple of shots and emailed him back but never got a response which is most unlike John. I called him and asked what was happening and assured me he had sent the proofs through.

I still didn’t receive them so I just let is slip, I’d catch up with him another time. Then, on the 13th, I did some laps of Mac Pass and both John and Jay were photographing and both of them shot me several times (the number of times I went by both up and down, there would have been something seriously wrong if they DIDN’T). Anyway, I saw the proof and emailed John and asked to see the others. A couple of days went by and, when I hadn’t heard, I rang and John said he didn’t have an email from me, very strange.

Anyway, the upshot is that his Office 265 upgrade had also upgraded his email client which is set, by default, to ignore emails from generic email hosts such as Yahoo, GMail, etc. John is furious because he is sure he has lost a lot of business because of it. Of course the mail client can be configured to ACCEPT these mail domains but, by default, it rejects them. All’s well that ends well, I now have some lovely shots of Bexie on the move that I have been wanting to have for a long time. 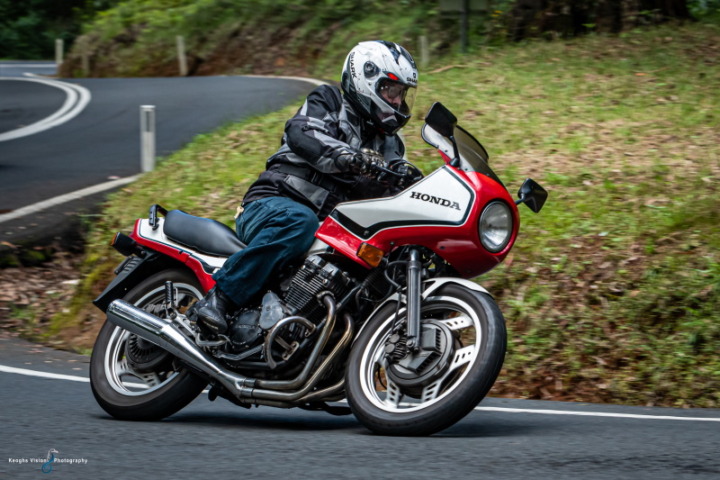 And, on the subject of the excellent John Keogh, it appears that his business site that contains all his data as well as his customer database, was hacked during the week last week and he was booted off it himself, some vicious action. John has lost most of the data from the last few years and has had to restart, virtually from scratch, this includes his Facebook business page. So, if you haven’t yet, search for Keogh’s Vision Photography, note the apostrophe that wasn’t there in the old one, Like and Share it and help John and Belinda get back up and running again.

Tomorrow the weather is looking halfway decent so I might try a longer ride, fingers crossed.