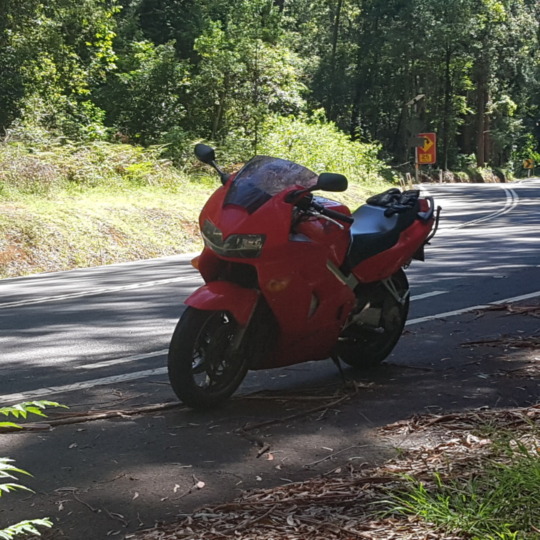 The weather on Monday was predicted to be dry and hot. Helena had some commitments so it seemed silly to waste part of the day so, mid-morning, I set out to do The Lap. I waited at the start point in case anyone else was going to join me but, come the appointed time, I had been nigellated again so I set off. As I stopped at the traffic lights at Albion Park I saw that I had stopped behind an immaculate 1980 model CB1100R Honda. Before I had a chance to stop and had a chance to chat, the lights turned green and he shot off into the distance, turning into a driveway further up the road. I almost stopped but then decided against it and pressed on.

Monday was, of course, a work day, so I was prepared for the Pass being fairly crowded but even my planning was deficient. I’d hardly got going when I saw that there was a big tip truck with a dog trailer a few vehicles up ahead. A quick calculation determined that I was too far behind to be able to catch and pass before the turn-out lane (there were three SUVs in front of me) so I decided to do what I often do in this situation. Faced with this situation, you basically have two choices, grind it away all the way up the Pass till the overtaking lane (never my choice), or, find a spot to pull over, wait for 10 minutes until the traffic has got away and head off again. It always amuses me that (mostly young) riders come out with the fatuous, “I had to overtake the truck over the double unbroken line or I wouldn’t have gotten a clear run.”

No, you didn’t HAVE to at all, all you had to do was stop, admire the scenery, let your anger die down and then head out. So, just at the end of the turn-out lane, I stopped and waited. There are numerous benefits to this course of action.

Firstly, you have the opportunity to ask yourself if these were REALLY marijuana plants grown on the side of the road. 🙂 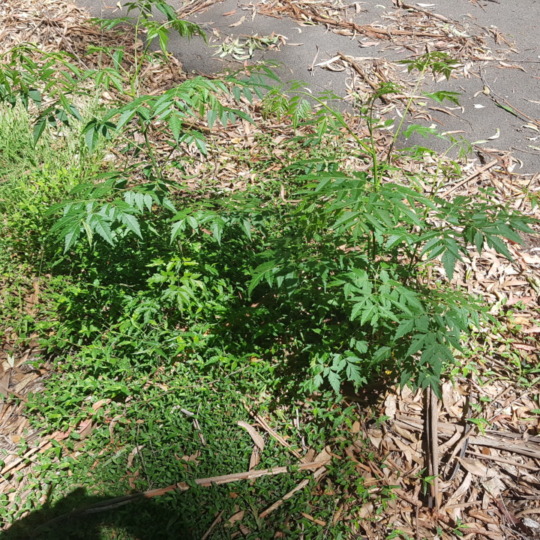 I’m sure they weren’t but it was fun.

Secondly, there is the opportunity to see, close-up, the magnificence of the rain forest. I couldn’t get far enough back to get the whole of this tree in the photo and it was only one of dozens in the bush, just off the edge of the road, that you don’t really get the chance to see. 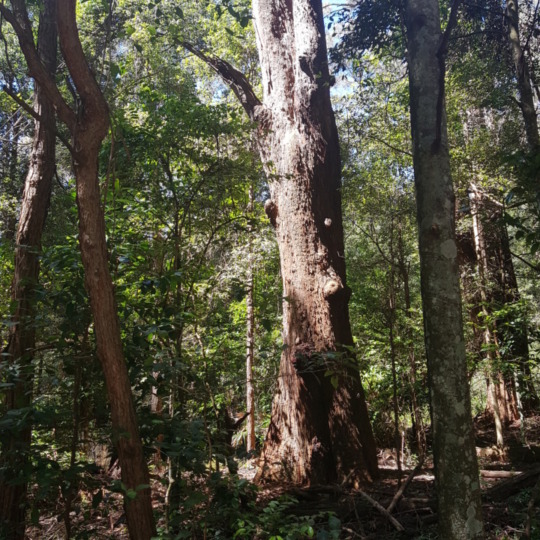 Worth stopping just for that.

Then, of course, you can watch the traffic clearing. Yes, some cars came by and a truck, too, but I knew that, by the time I had caught them, I’d be in the position to be able to deal with them.

10 minutes or so and I put the gloves on, started up and belted up the Pass, unhindered and uninterrupted. It wasn’t until the second hairpin that I caught the second truck, the cars were long gone and the tipper with the doggie (he’d caught up with another similar rig by then) was still a fair way ahead.

It was then that I made the decision to change the plan and, when I got to the Tourist Road turnoff, I indicated right and headed north west. Now the Tourist Road has a reputation for being pretty lumpy and bumpy but I wasn’t in a hurry so. Actually, given that the highlands have had a surfeit of rain lately, I was pleasantly surprised at just how good a condition the road was in. No traffic from end to end, whoohoo so a pause at the Glenquarry Hall to mark my progress.. 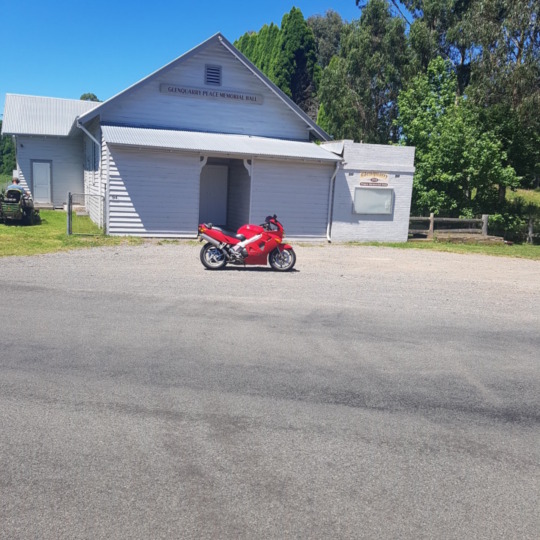 and straight on down to Sheepwash Road. Left onto the main road, across the Illawarra Highway at the big roundabout and on towards Fitzroy Falls, then Kangaroo Valley, Cambewarra and Bomaderry. Again, very little traffic and several vehicles whose drivers noted my arrival and waved me through, gotta love it.

Flavoured milk at the servo at Bomaderry, photo op beside the Shoalhaven River which, obligingly, was at full tide, 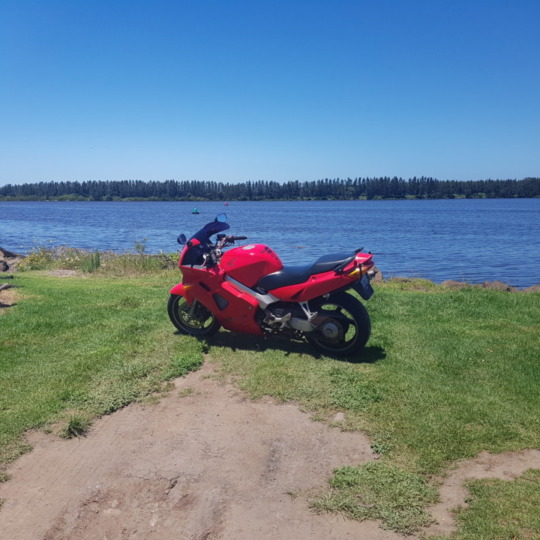 then up the Seven Mile Beach road, Gerringong, Kiama, Jamberoo, Albion Park and home. A bit over 170kms and 4 hours so you can see that I wasn’t fanging.

By the time I got home it WAS time to be home, the temp gauge on the dash told me it was 31 degrees ambient. Another great ramble though the countryside that I am so fortunate to have right in my backyard. It’s Christmas soon so the idiots will be out on the road so so it was a good idea to get the ride in when I did.