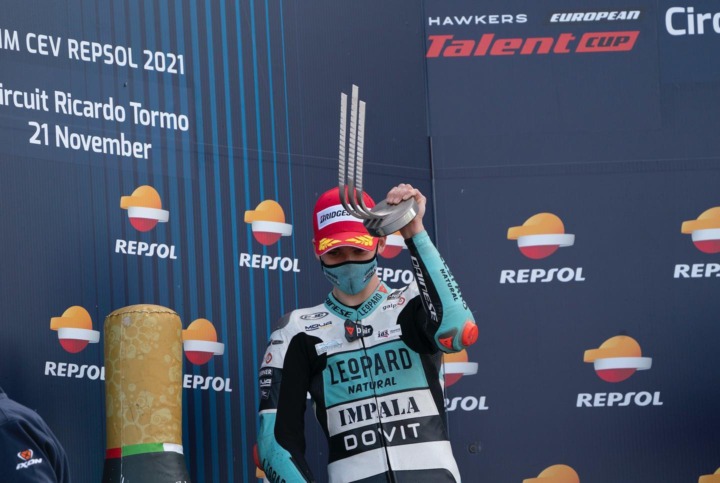 Yesterday I had the privilege of sitting down with rising star, Jacob Roulstone and listening to him talk about the last two years he as spent in Spain riding in the European Talent Cup. It’s a long way from racing a little Kayo 150 around go-kart tracks in Australia with MotoStars to sharing a paddock with established Moto3, 2 and MotoGP stars but Jacob has managed just that. With the help of his family and especially his mum who has travelled with him to Europe, and, without the benefit of a major corporate sponsor or rich benefactors, Jacob has achieved wonders solely on talent, passion and dedication.

I’m pleased to say that I have watched Jacob from when he first started road racing and always believed that he was the “real deal”. As you listen to this interview (allow yourself some time, it’s long) you will gain a very detailed insight into what it takes to get to where he has gotten so far. Jacob is now almost 17 years old, tall (especially for a Moto3 rider) and the first thing that you notice about him is his piercing blue eyes and his pianist’s hands. Speak to him and you see none of the usual teen-age braggadocio, he’s quietly spoken and considers carefully what he is going to say before he says it. In short, he has all the qualities that are needed to climb the dizzy heights of road racing.

Recorded in his home now that he and his mum are home from Europe, I hope you enjoy listening to them as they recount how Jacob has been climbing the ladder.

Oh, and, when they mention that Jacob has a deal to race in the Moto3 Junior World Championship and the Red Bull Rookies Cup for 2022 but they couldn’t say with which team because the details have been finalised but the team hadn’t announced it yet. This morning they were able to announce that Jacob will be riding for the Aspar team in 2022, one of the most prestigious teams in the paddock. Like I said, he is climbing the ladder and I hope to see him on the top rung one of these days and sooner rather than later. 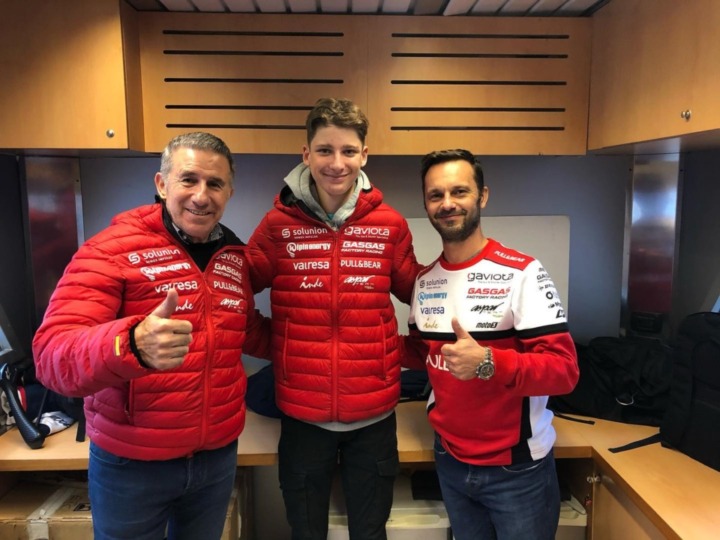 That IS the legendary Jorge Martinez!

Anyway, I hope you enjoy the interview, it was a blast doing it.