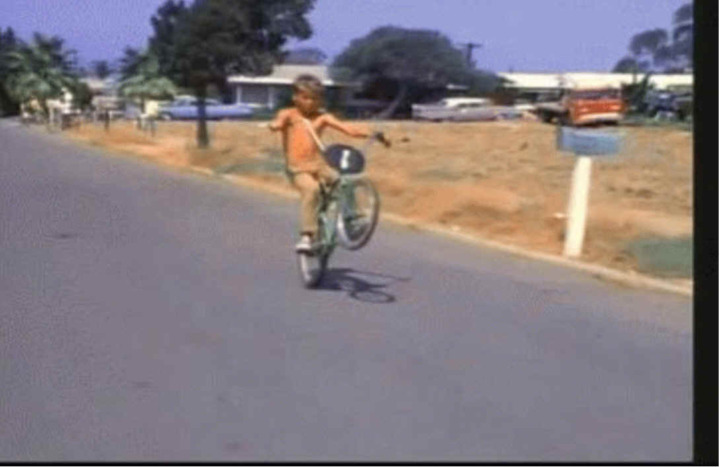 Yes, folks, it is 50 years since the greatest motorcycle movie ever, “On Any Sunday” debuted in the theatres. A smash hit from Bruce Brown, the renowned producer of the iconic surfing movies of the day like “The Endless Summer”, OAS opened to acclaim that has not ceased despite the passage of the years. OAS anoraks have never stopped looking for features and aspects of the movie that were originally unnoticed and this week another one was unearthed.

Remember this classic wheelie scene? Well, someone with a lot of time and enthusiasm has searched out the records and found out the names of all the boys who were involved in the opening sequence of the movie. Sadly, some of the participants are now deceased but Mark Mandeville, who featured doing the wheelie here on his dragster bike, is apparently still around and an enthusiastic fan has tracked him down. Not only has he tracked him down but he built an exact replica of the bicycle featured here and presented it to Mandeville on the 50th anniversary of OAS’s release.

You can read the story here, I think it is very cool.