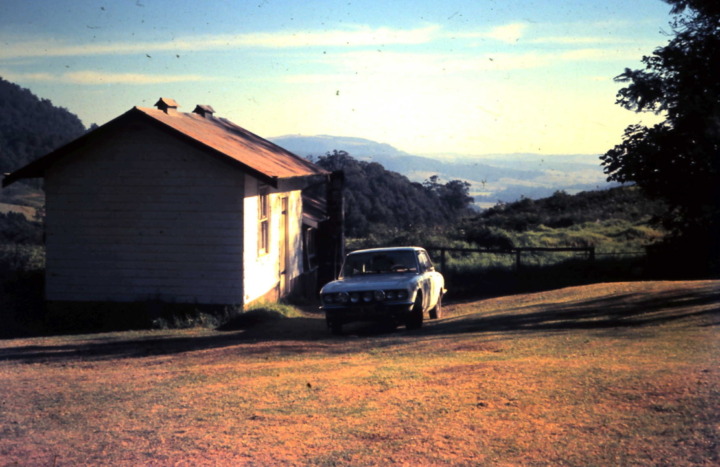 In 1973, when my wife and I got married, the plan always was that we would spend our honeymoon on Norfolk Island. Quite why we decided on this is lost in the dim reaches of my memory but the aim became irrelevant as the time grew closer and the reality of the costs involved in such a venture became clearer.

So, Plan B was that we would go to Port Macquarie instead. I had great memories of the town from my childhood and the rates at the caravan park were reasonable. We spent a week there (though the town was certainly a lot less bustling than it is now) and thoroughly enjoyed the beaches, the bush walks and the local scenery.

We had decided that we would split our honeymoon in two, spending 1 week in Port and the second week in a little bush getaway much closer to home. My good mate and one of my groomsmen, Ray McKnight, was somewhat of a local history “buff” and he suggested the cabins at Clover Hill, on Macquarie Pass, just west of where we lived at the time. Some time before the big day we drove up there and visited with the owner and paid a deposit to ensure our spot.

Ben Turner, for that was the owner’s name, was a lovely, gentle old man who took the opportunity of some company to tell us a bit about his place. Sitting on the front door step of his A-frame house, looking out over the paddock at the front and on to the coastal plain and the Pacific Ocean in the distance seemed like my idea of paradise at the time. Ben pointed out the grassy paddock where some excavation had recently taken place and told us the story of it. It seems that Toyota wanted a grassy paddock with an impressive backdrop to film a TV advertisement for one of their 4WD vehicles. I remember it vaguely having a Toyota 4wd pulling a plough better than a tractor could, but it was a long time ago. Ben seemed to think that the while thing was a bit of a wheeze, actually, though he did say (with a twinkle in his eye) when concluding the story, “They paid me good money for that, too!”

As you can see, the cabin we rented had a stunning location and it was probably the spectacular view that blinded me to many of the cabin’s limitations when I should have been being more attentive. Ah, well, ignorance is bliss, or so they say. That’s my Mazda 1500 sedan parked out the front and you can just make out the light bar on the front bumper that consisted of two Hella driving lights and two Cibie Oscar driving lights. Given that the car only had a generator rather than an alternator, all the other lights dimmed somewhat when I light the four of them up together. One must maintain the image and rallying was king just then.

On arriving at the beginning of the 2nd week of our honeymoon we found that the cabin had no electricity, cold running water only and no stove only a fireplace. But that wasn’t the worst part. The beds inside consisted of 4 single bunk beds made of timber. All the luxuries for our honeymoon, no doubt. But we were young and adventurous and we made the best of it. We had cold showers, though that did test the character somewhat, it was May after all, we cooked on the open fire including roasting potatoes in aluminium foil and we squished up together in a tiny single bunk (did I mention that it was cold?)

The days were spent rambling around Ben’s property, mostly accompanied by his pet sheep who certainly believed that he was a dog. Further southwards and up into the rain forest we found a huge boulder perilously (it seemed) balanced on top of a tiny one and photos depicting feats of superhuman strength ensued.  Further on was a wonderful waterfall which looked inviting and probably is during the Summer but not in May so we just admired and photographed. We didn’t really socialise with Ben, it was our honeymoon, after all, but I was a bit sad later that we hadn’t. The week passed quickly and we returned to civilization, me to my Army life at Holsworthy and Helena to her PA position in the Executive Building at the Steelworks.

From time to time afterwards we would drive in and visit Ben and he was always welcoming and congenial. In 1976 we moved to Canberra and our only contact came to be noting the entrance to his property as we went up and down Macquarie Pass on the way to and from Wollongong while visiting friends and relatives.

In 2004 when we returned to the coast we noted that the entrance to Clover Hill was blocked by a huge steel boom gate that remained firmly locked. It wasn’t until some time later that the rest of the story of Clover Hill and Ben Turner emerged.

Ben had bought the land in 1949 after taking early retirement from his job. He lived in a house there that had been built by the Thomas family and he and his wife lived there for quite some time until, in the early 1970s, the house was destroyed by fire. Undeterred, Ben built a new house, a quirky A-frame design that had a huge rock forming the most part of its foundation. It became know as Ben’s Folly and, over time, he added to it as the nature of such follies was.

At the same time as this happened, the National Park service resumed the land and incorporated it into the Macquarie Pass National Park. Ben was “allowed” to stay on the property and did so until his death in May 2001. Such are the bald facts, but the story is much more tragic. In the 80s and 90s, Clover Hill increasingly became the target of vandals and hooligans who targetted Ben and his home with many attacks. Unable to defend himself, these vermin made his life increasingly unbearable and National Parks and the local police, though they knew of the terrorising that he was enduring, did absolutely nothing to protect him. Indeed, it seems that National Parks were just waiting for him to die so that the reminders of his ownership and care of the area could be destroyed.

Once Ben had passed away the boom gate was installed, vehicular access was banned and it didn’t take very long for the house and the cabins and all that Ben had built up to be looted and destroyed.

Today Clover Hill is a hugely popular bushwalking trail and hundreds of people every week walk the 6kms or so between the gate and the waterfall to admire the beauty of the rain forest and the magnificent views from the escarpment.

The majority never know about Ben Turner and the trail bypasses the location of his folly and the little cabin where we spent our honeymoon nearly 50 years ago. Little evidence of the folly now remains and I wasn’t able to find any trace of the cabins when we last searched up there. I guess time passes and we move on, but I never drive or ride past the gate without thinking of Ben and the wonderful week we spent there when we were young, in love and carefree.

Incidentally, though it is still called Clover Hill, in our family it is always known as Daisy Hill Puppy Farm, after the Peanuts cartoon. Somehow the humour is entirely appropriate. 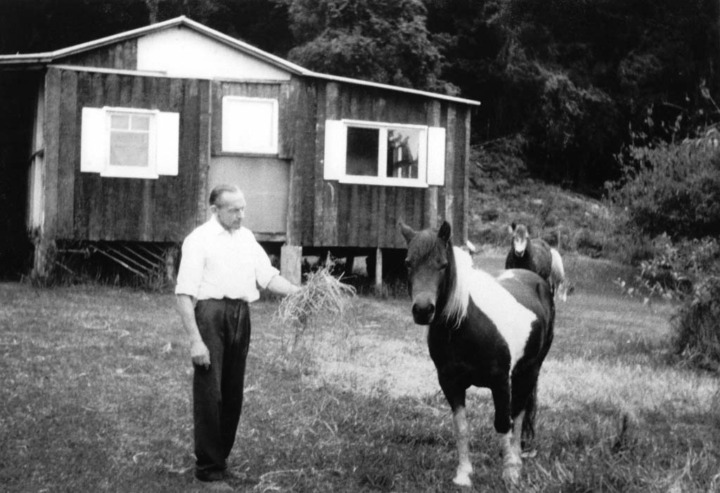 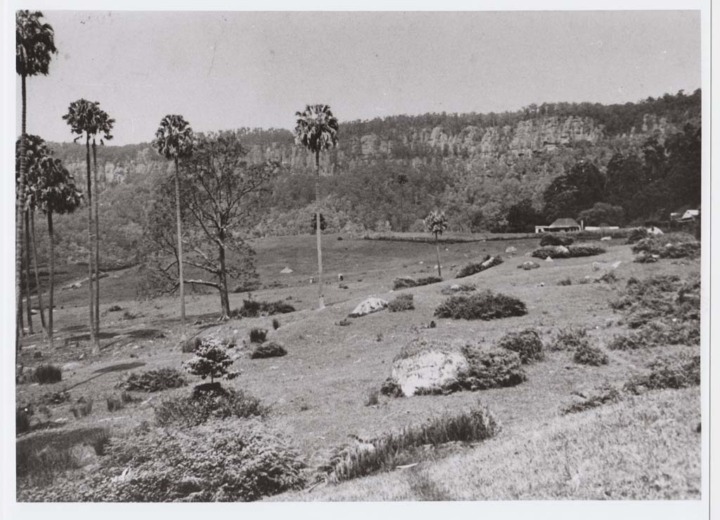 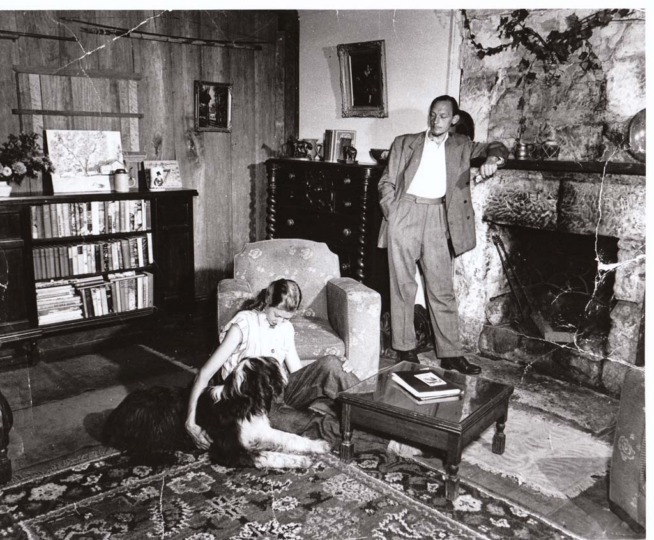 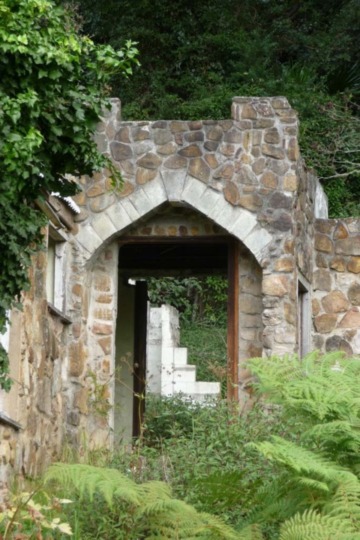 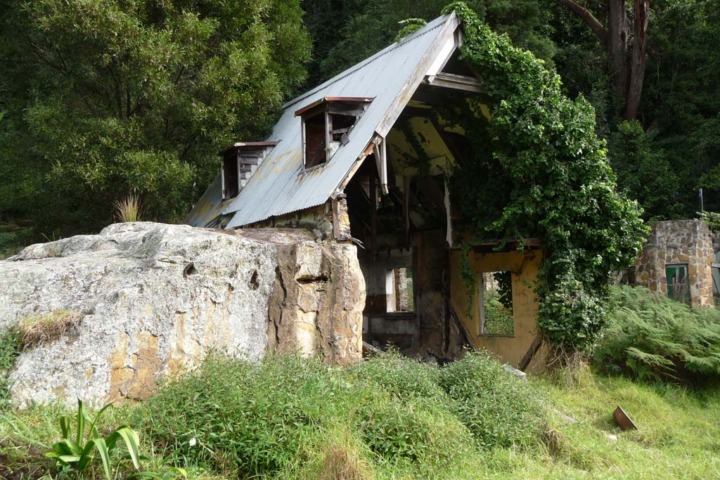 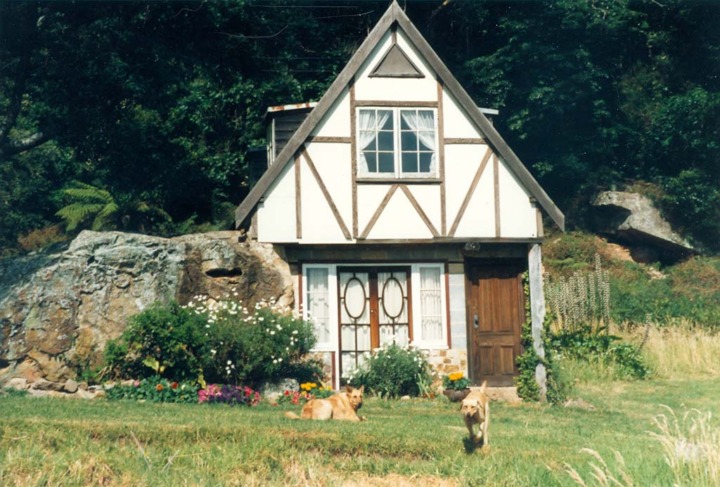 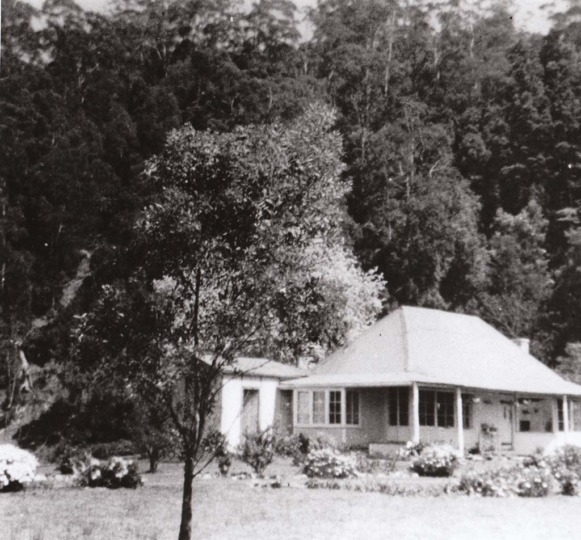 The photos are taken from the Shellharbour History site and you can read the story of Ben Turner there.