You are here: Home / News and Updates / Norbert 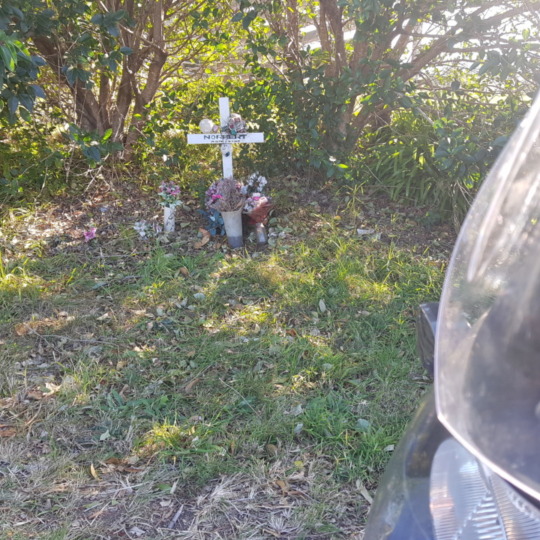 The riding group to which I belong, Illawarra Riders Association, was formed in 2005. Pre-dating Facebook, it was an online forum based group and it grew very rapidly from small beginnings. There was no official membership roll and members used usernames rather than their real names (in most cases) and, even when we met, it was unusual for real names to be used. I was an early adoptee, being member #31 which seemed like a huge number at the time; later, it became somewhat of a badge of office to be recognised as one of the very early members.

I chose my username, like you mostly did in those days, rather suddenly; you didn’t even THINK about it until you were faced with the “Choose a Username” question on the sign-up page. As a devoted fan of the movie, “The Princess Bride” (I still am), I chose fezzick as my username. I’d not noted how it was actually spelt and only found out later that I’d mis-spelt it when signing up (the lack of the capital letter was deliberate).

To begin with we met each Wednesday night at the historic Mount Kembla Hotel and most of us would take advantage of their excellent kitchen to eat dinner there and then usually go for a blat around town afterwards. Soon the slowness of service there and the much larger crowds of other people who came along on a Wednesday night brought about a move to a better venue but it was a great beginning.

Membership grew very quickly and it wasn’t that long before there were more than 100 riders and friends on the forum. Like most things, some joined up and became active, long-term members. Others tried it out and, for any number of reasons, decided that it wasn’t for them.

Quite early on a guy joined whose username was Norbert. Whether this was his real name (it is not an uncommon name in Germany) or a made-up one, I had no idea. I must confess that, any time he was mentioned, I thought of the comic strip of the 70’s by the same name where the so-named Norbert was a loveable puppy who had morphed out of the previous “Little No-no and Sniffy” enterprise. Our Norbert was very quiet and quite shy, as I recall. I don’t recall what sort of bike he rode but I do recall that he seemed rather out of place being neither overly demonstrative nor a fast rider. It didn’t come as too much of a surprise when he started to drop off the radar as some did and that would have been it except for an unfortunate incident some time later.

As local riders we were keenly aware of incidents involving our local riding community so it was quite a shock to hear of a fatality on the Jamberoo Road just south of Mount Terry. When the details emerged it became even more sad. It seems that the rider had been riding south towards Jamberoo and had come upon a group of young men who were riding long-board skateboards on the hilly Jamberoo Road. Whether the rider was actually involved in an accident with them or whether he simply swerved to miss them, the end result was the same. The rider crashed and died as a result of the accident.

As memory serves me, it was quite some time after the accident that I noticed a small plaque on the side of the road near the top of the hill. Later the plaque was replaced with a small wooden cross. As you can see from the photo, it simply says, “Norbert” with both his date of birth and death. It was a horrible shock to see it at the time and it sent a shock wave though our group once it became known. The rider was not named in the news reports and I don’t recall ever finding out what his name really was.

Over the years the cross appears to have been well maintained, the grass around it kept cut and, despite the fact that the flowers there now appear to have been there for quite some time, it is clear that someone is still making sure that he is remembered.

I often wonder who Norbert really was and ponder about his needless death. To my knowledge the long-board riders were never charged which also rankles. I still ride the road often, I’ve probably ridden it hundreds of times and, without fail, as I tip into the slight left-hand corner where his memorial is located, I dip the throttle for a moment, glance to my right and think about a motorcycling brother who I hardly knew but who I will always remember. 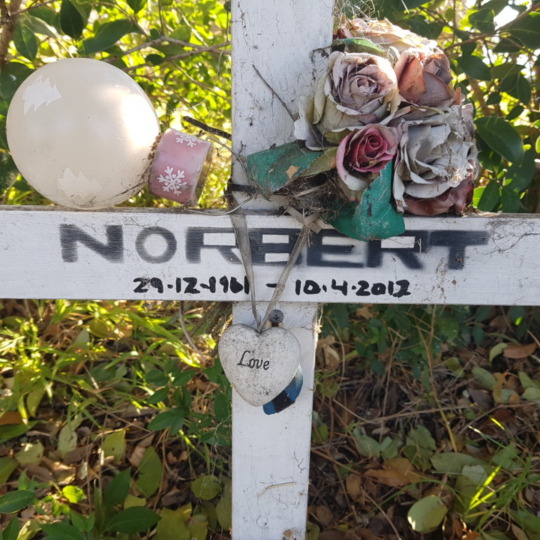