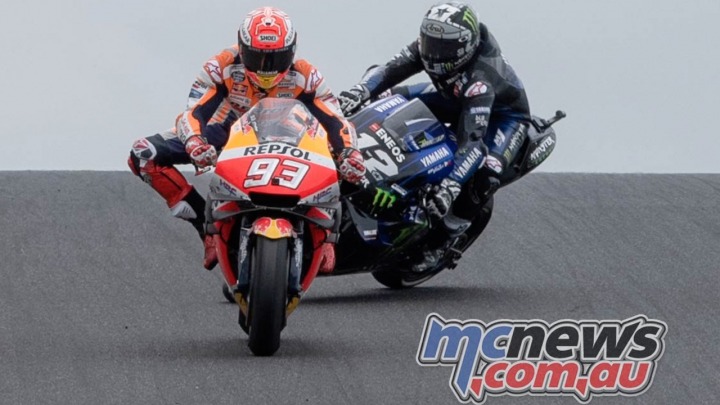 Last Saturday, in the midst of practice for the Dutch TT a rumour started sweeping the paddock that caught nearly everyone by surprise. Monster Yamaha’s Mavrrick Vinales was quitting the team at the end of the season and signing for Aprilia in 2022, a year before his Yamaha contract was due to expire.

As far as the contract was concerned, nobody was particularly worried about that, contracts aren’t worth the paper they are written on if either side is determined to escape from them.

And it wasn’t THAT surprising either given Vinales’s current run of form. Qualifying last and finishing last in Germany was one of his worst-ever performances and even qualifying in 2nd on Saturday had been accompanied by angry looks and worrying body-language gestures. Plainly Maverick is in a slump and everyone knows it.

Attempts to garner some truth about the rumours was also met with the usual shrugs of shoulders and mealy-mouthed answers that meant nothing at all once they were boiled down. Everyone who COULD know something was suddenly very busy and, even those that weren’t weren’t in the mood to discuss the matter.

So, what about the race on Sunday? Well, Maverick had one of his better days, finishing 2nd to his team-mate though enough of a distance back to ensure that everyone could see that he wasn’t ever going to win. At the first corner, Quarter-pounder elbowed him out of the fast line and he was playing catch-up from then on. The presentation ceremony and post-race interviews saw him at his surly “best” and nobody was surprised when, on Monday, Yamaha issued a carefully worded statement to the effect that the marriage was over. True to form it was filled with lots of platitudes and nonsense, barely disguising the fact that Yamaha was glad to be rid of him and his constant blaming of the bike and his team for his lack of performance.

It probably was the most underwhelming Press Release of recent years, strangely mirroring the rider’s own on-track activities.

So, what about those performances? One stat sums them up in my opinion. When he joined Yamaha, Vinales won 3 of the first 5 races in his maiden season with them. Since then, he has had 73 races and has only won 5. Now some keyboard jockey on social media immediately replied with the usual clap-trap of how many grand prixs have YOU won? True, it is hard to even win one and any rider who can even QUALIFY for one is a better rider than me, I’m happy to admit it, but the question is garbage and contributes nothing to the discussion.

Fact is that, as a VERY highly paid member of a FACTORY team, Maverick’s performance have been ultra-disappointing. Despite the fact that Yamaha have, it seems, done everything they can to accommodate him and his wishes and provide him with the best bike that they can (a bike which has already won FOUR Grands Prix this year so far,) as a factory rider and the supposed #1 rider of the Yamaha squad, Maverick has been a failure.

Now much has been made of tyres (see my comment about Quarter-pounder’s performance so far), the difficulty that Maverick seems to have when the bike has a full fuel load (see above again) and the chopping and changing of garage staff on his side of the pit, but none of these indefinables can excuse the fact that, if the “good” Maverick turns up on race day, you’ll see a great show and if the “bad” Maverick turns up you won’t. As someone said yesterday, it’s not the BIKE that is Maverick’s problem, Maverick’s problem is Maverick.

Where to from here? Aprilia haven’t confirmed but signing with them will be a step down in most areas and, given that he hasn’t proven to be a good development rider, he would probably have to be content with being the #2 rider at the Noale factory, especially given how well young Mr Asparagus is performing at the moment.

Of course, his departure from Yamaha leaves them with a vacancy. Franco Morbidelli must be odds-on favourite but that would leave the PETRONAS SRT team with TWO vacancies to fill at a time when the available pool of suitable riders is very small given how many 2022 contracts are already signed and sealed.

Red-eyed Ducati fans are suggesting Dovizioso but, as I have said so many times, Dovi is too old now and hasn’t delivered a championship despite having ridden for the best team for three years.

It’s all up in the air and could remain so since the 5 week Summer break gives everyone a chance to do things a little less in haste than it would be otherwise. Interesting times are ahead, that’s for sure.