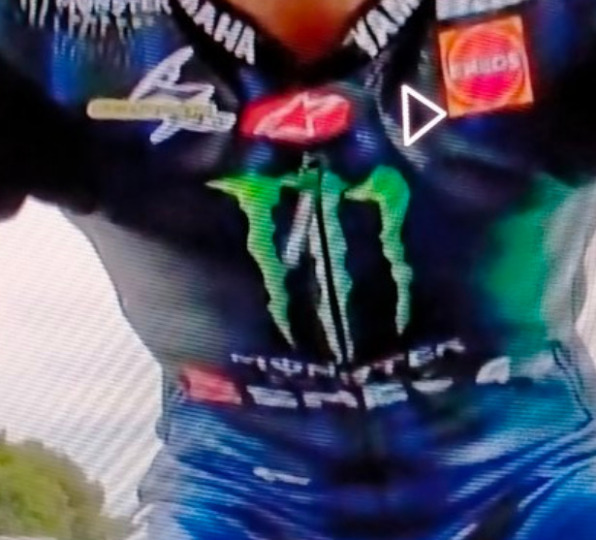 Last weekend’s incident at the Catalunya Grand Prix where Yamaha’s Fabio Quatararo rode around at racing speed for three laps with his leathers undone has caused a storm of controversy, and not surprisingly, too.

In the closely analysed world of MotoGp you can’t get away with anything without a camera catching you so it was no surprise that it didn’t take long for the whole episode was aired in glorious, living colour. The rearward-facing camera on the headstock of the bike showed the rider’s leathers flapping open followed soon after by video of him slowing, reaching into the leathers and throwing his chest protector onto the track before speeding up again.

The immediate and disingenuous explanation from the commentators was that the suit’s air bag had gone off and pushed the zipper open. Plainly this was a stupid postulation since it was clear from the video that such was not the case. A day or so after, the suit manufacturer issued a Press Release that confirmed that, on examination of the suit, post-race, it was in perfect operating condition.

After the chequered flag, Race Direction issued Quatararo a 3 second penalty for cutting the corner on T1 where he ran wide and rejoined the track, gaining one position in the process. This demoted him from 3rd position to 4th.

Clearly, though, this wasn’t enough and both Suzuki and Honda issued a protest and race direction levied ANOTHER 3 second penalty for riding with his safety gear in a non-working condition, dropping Quatararo back to SIXTH place and costing him more valuable World Championship points.

Despite almost universal questioning about why he wasn’t immediately called to the pits to remedy the problem DURING THE RACE, Race Direction saw fit to call the matter closed and sit on their collective hands and hope the fuss would die down. It didn’t.

The next morning, the rider himself saw fit to keep the controversy well and truly alive by issuing a bragging post on Twitter saying, basically, that people should shut up, that it wasn’t their business and that he couldn’t care less what they thought.

Then, next morning at the Test Day, he inflamed the matter further by posting a photo of him sitting on his bike in the pits wearing just a pair of shorts and the taunting caption, there, is that batter, or words to that effect. Yamaha’s PR department must have been cringing in their bunker.

The problem is that there is nothing that Race Direction can now do about this as they have declared the matter closed but the fault for this fiasco should be squarely laid on pretty much everyone’s shoulders. The rider himself should have immediately pitted and had the problem addressed. “But he’s a racer,” the apologists say. Well, I’m sorry, that’s crap. He’s been racing since he’s a child and he knows the rules.

His team, who monitor the live-feed assiduously, should have acted immediately and notified the rider via his dashboard display, to come into the pits and have the problem fixed. They had plenty of time but they didn’t. So they, too, are culpable.

Finally, Race Direction should have acted and they didn’t. Everyone wants someone else to be responsible for a glaring lapse of judgement but on-one wants to be that SOMEONE. And issuing penalties AFTER the event is a sure and certain way of bringing the racing AND Race Direction, into disrepute and it sure has done this.

Of course the throwing of the chest protector onto the track in front of other riders should have resulted in immediate disqualification, but nobody wants us to mention that.

The other issue that has also arisen is why does Quatararo not wear an inner liner to his leathers? Yeah, it’s hot over there but I’d have thought that, if not mandatory, it would be advisable.

Now, a couple of days after the event, the rider himself has finally come clean and admitted that he SHOULD have been disqualified, well, der.

And some sharp-eyed observer has noticed that he always does his warm-up lap with the latch on his leathers BELOW the securing tab, as seen in the picture above, and does it up just before the race starts. Once again, he is without defence.

As the body responsible for enforcing the regulations, it is ultimately Race Direction’s stuff-up. They have set (again) a very dangerous precedent by allowing a flagrant breach of the safety regulations to go unpunished and they have created a potentially terrible situation where, should Quatararo go on and WIN the World Championship, it will be able to be said, with some justification, that his victory is tainted by this breach.

I am bitterly disappointed in Race Direction’s performance, in the team’s turning of a blind eye and Quatararo’s lack of discipline and the bad example that it sets to other riders and teams. Plainly, he should have zipped it. The fact that he didn’t has brought disrepute on everyone concerned.