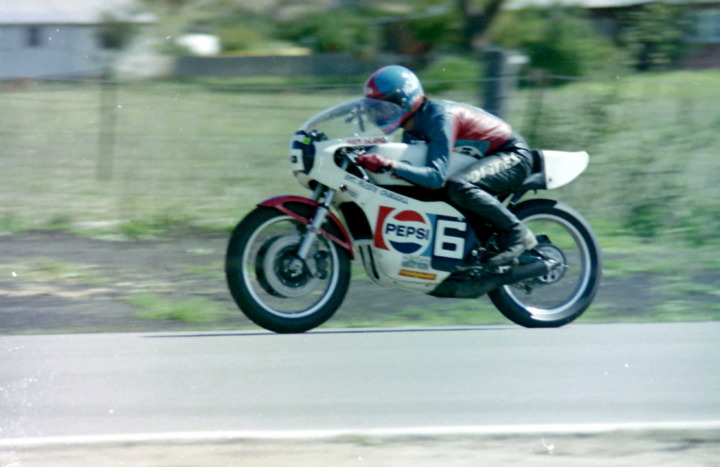 Yep, I know you’ve seen this one before, but, bear with me because there is a reason. The photo is from Bathurst, 1977 and the rider is the late Kenny Blake aboard Rusty Cragill’s TZ350. Rusty is the uncle of Marty Cragill, former superbike rider and now pilot of Phil Andrea’s amazing TZ750. There are several interesting things to note from this picture.

Firstly, Ken was, as far as I know, the only Australian rider who was able to secure (on separate occasions) sponsorship from the two biggest soft drink manufacturers in Australia. Both Coca Cola and Pepsi had a part to play in his racing career here in Australia.

Secondly, it is interesting to note that Ken raced for many different owners as a “rider for hire.” I never saw him race on his own Triumph but, for all the times that I saw him race, it was always on someone else’s bike. Many were supplied by one of his long-term backers, Jack Walters and most of these were tuned and fettled by Ron Angel, one of Ken’s best mates. But, as well, he rode “Gyro” Careless’s ECCO BMW.. 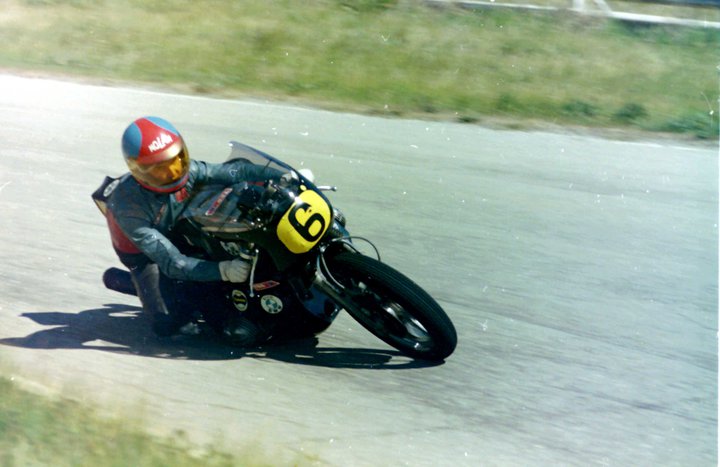 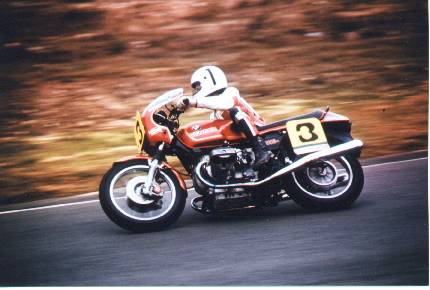 Note that, in the BMW shot, he is wearing his Coca Cola leathers. 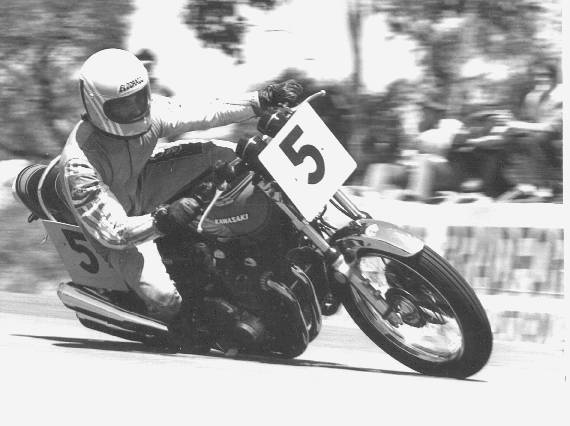 In the early days of the Castrol Six Hour race, it was a great advantage to an entrant if he could get Blakey on his riding roster.

So, why so much about the late Australian champion? Well, apart from the fact that he was one of my all-time racing heroes, in a few day’s time (June 9th) it will be the 40th anniversary of Ken’s death at the Isle of Man. And that is certainly well worth noting.

The Ken Blake Memorial lunch is held every year in Melbourne on that date no matter which day it happens to be. There is no booking required nor RSVPs sent out. It is open to all who want to be there to pay their respects to the quiet man who died way too young. I’ve been to two lunches, and the last one was in 2011 for the 30th Anniversary. I remember it being a bit of a trial as it was only 6 months or so after my big accident on Macquarie Pass. I drove down, went to the lunch and then drove part way back before stopping at a motel in Albury and completing the journey the next day.

Now, being the 40th, I was determined that I would go this year, but recent events now look like depriving me of the opportunity. Melbourne is in lockdown (again) and will be so for 7 days. Should health authorities decide to extend the lockdown at the end of the 7 days, I may not be able to travel down for the lunch.

Needless to say that my fingers are well and truly crossed at this stage as,, apart from wanting to attend the lunch, I am also looking forward to meeting up again with many old friends from when I used to cover the races.

Speaking of races, it’s Mugello this weekend and I can’t wait to see what will eventuate on the super-fast Italian circuit.

I am anxiously awaiting the Bill of Sale from the previous owner of the Hornet so that I can go ahead and register it. The Qld rego has lapsed but I was allowed to ride the bike from my place to the mechanic’s so that he could do the requisite inspection and it certainly felt terrific. Having it sitting in the garage and not being able to ride it is a bit of a nuisance, however.

Despite being retired I seem to have days filled with at least as much activity as when I was working, this afternoon another nursing home concert. I really enjoy these and, as the homes are starting to open up for visitors, there are more of them in the offing.

Thanks for reading and bearing with my sporadic offerings of late, I really need to get my act together.