You are here: Home / News and Updates / RIP Greg Kelly 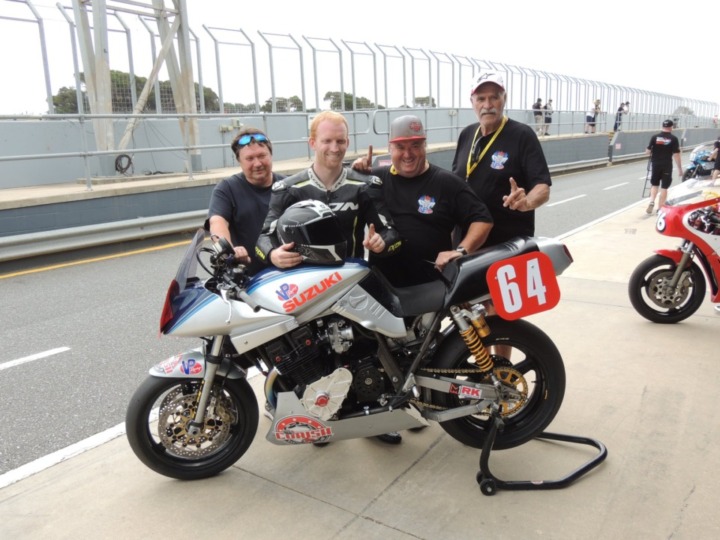 Some very sad news in yesterday. Greg Kelly (far right in this picture) has passed away after a short battle with cancer. Greg was a big man (literally) and he had a big reputation..

He is seen here with the other members of the Corish Racing Team at the Island Classic in 2019. Also in the picture is the CRT rider, Aaron Morris and the Corish brothers, Ken and Les. Greg lived in far northern NSW and came down to the Island to lend his expertise (considerable) and his brawn (also considerable) to the Corish Team. When the gearbox failed in Race 3, Greg was just the man to have around when a motor change was necessary.

Greg had been a racer himself and was part way through the restoration of his old DOHC Honda 750 superbike (#7). 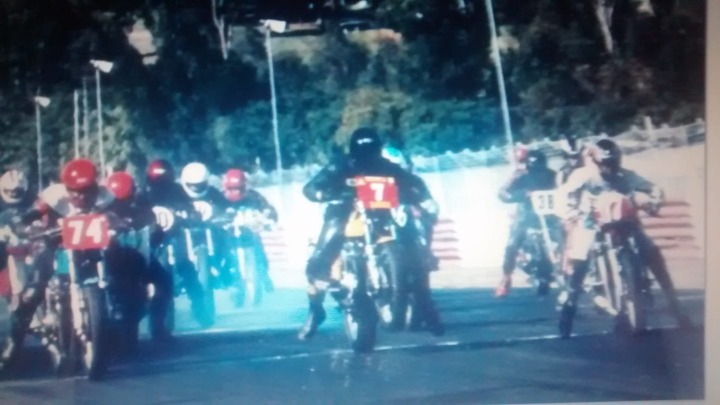 In 2020 I was privileged to be seconded into the Corish Team and shared a 2 room apartment with Greg. He was a real gentle giant, quiet and, like me, feeling a bit “special” to be part of the tiny, 1 bike team that nearly pulled off the miracle against the big-budget teams.

I’ve know the Corish boys for years, firstly through the bike that their dad built, the legendary Corish Vincent and its legendary rider, the late Eric Debenham. Later they became involved in speedway, running speedway karts and garnering huge success in that arena as well. Both Ken and Les are locals, living just down the coast from me and running some IGA supermarkets. For some reason, Les saw fit to include me in the “loop” when they started to go Historic racing and I have been confided in with lots of info that I couldn’t tell you at the time and still can’t as Les regularly updates me with the latest developments.

So Les’s call a week or so  was going to be, I assumed, another “progress report” and, while it turned out to be so, it was to tell me that Greg’s cancer had returned and that he had, maybe a couple of weeks to live. It seems hard to believe that the next time the team gets together, Greg will not be there. Les promised Greg before he passed that he would complete the restoration of the Honda and Greg was very grateful.

I know that, as we get older, we become more subject to such things but it’s still a puzzle while the good die young. RIP Greg, you truly were one of the good guys, you will be irreplaceable as a person and as a member of the crew.