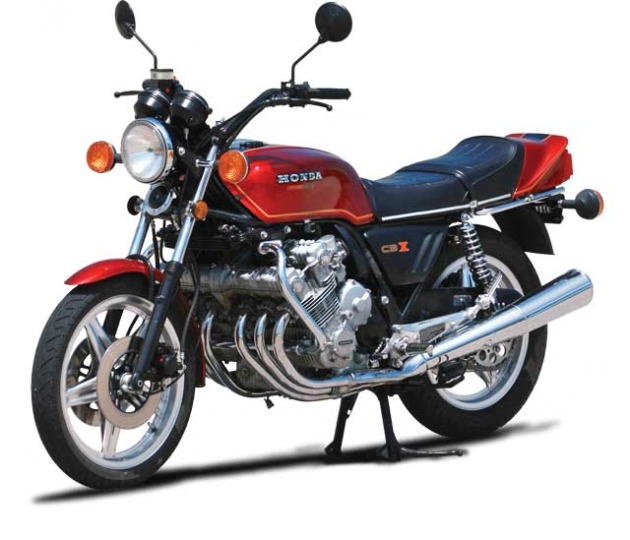 Not many motorcycles achieved the status of a cult bike while they were still being produced but the Honda CBX1000 was one of them. I’ve talked about the bike before so I won’t go into details again. I remember that one of our CRRC members back in 1978 bought one and we were all amazed. Ray was a policeman and was based in Goulburn. I never did ask him what sort of speed he achieved out on the Hume Highway late at night when he knew that his colleagues weren’t going to notice but I was equally amazed when he sold the bike after a few months of ownership. When I asked him why, he told me that it was too quiet and too smooth, it lacked “feel”. Well, he was right that it was smooth, no doubt about that and he was right to a degree that, with the standard pipes you really did have to stir it up to enjoy the noise. Horses for courses, I guess.

It always amuses me that owners of all sorts of bikes post up videos on YouTube trying to give an idea of how their bike’s new exhaust system sounds. It rarely succeeds because, in order to hear how a bike sounds properly, you really need to hear it on the move and the technology to do that is not always available. The following clip from YouTube, however, really DOES illustrate just what sort of astounding sound the CBX can make when it is (almost) tapped out. Now there is no doubt that the bike in this clip does have an after-market exhaust system, but, even allowing for that, it is the most spine-tingling experience to hear just what the big six sounds like out on an open road. I hope you enjoy it.

And here is another one, this time on a race circuit (albeit somewhat restricted by the silly chicanes that don;t allow the bikes to be run up to top speed). Nevertheless, this clip again illustrates the amazing sound of the CBX1000/6

Turn it up loud and enjoy!