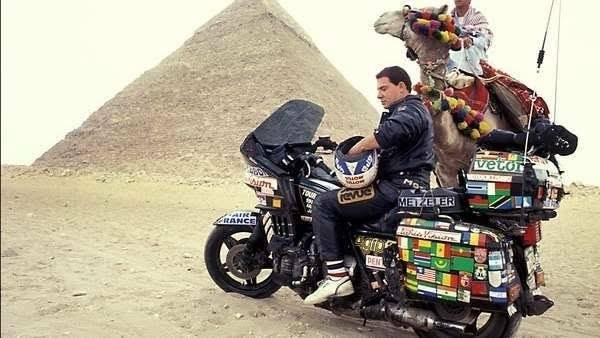 I’m privileged to know several riders who belong to various long distance riding clubs. Their feats of endurance amaze me and I’m filled with admiration for them.

However, this gentleman, Argentinian motorcyclist, Emilio Scotto, beats them all by a stupendous margin. Emilio set out for a ride from his home on the 17th of January 1985. His choice of bike was no doubt questioned by many but he put his money where his mouth was, choosing his 1980 Honda Gold Wing GL1100, nicknamed “The Black Princess.”

Emilio returned from his trip on the 2nd April 1995, having ridden for just a bit over 10 years. The statistics of his ride are just astonishing. In the 10 years he was on the road (though much of his riding was OFF the road) he covered a total of 735000 Kms and visited in that time a total of 214 countries and independent territories.

“Princess” used a total of 47000 litres of fuel, 1300 litres of oil, 86 tyres, 12 batteries and NINE seats! Along the way, one engine change was required and normal maintenance was carried out.

On his return, Emilio sat down (!) and wrote a 224 page book entitled’ “The Longest Ride.” (who is going to argue with THAT?)

The fact that he achieved this monumental task on such a huge motorcycle just adds another level of amazement to the story.

Here’s the cover of the book so you know what to look for. 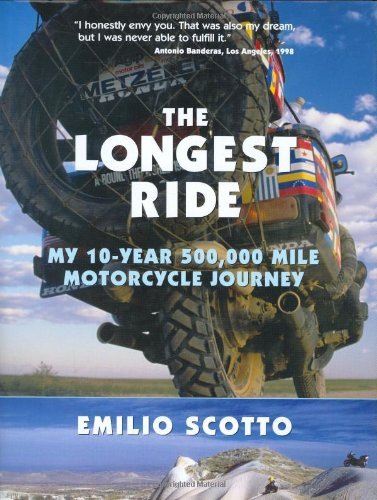 There are hundreds of references to Emilio on the net should you wish to look for extra information. My admiration for this intrepid man knows no bounds. Here’s a few more pictures and a big thank you to Bekim Van Sant‎ and the Wisconsin Motorcycle Riders Facebook group for posting this up. 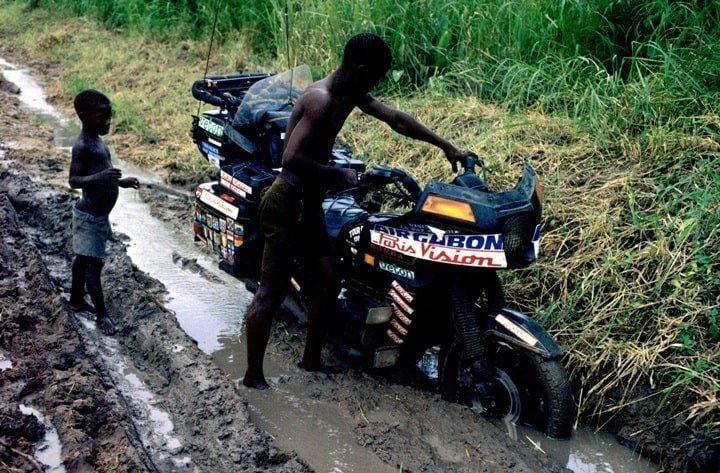 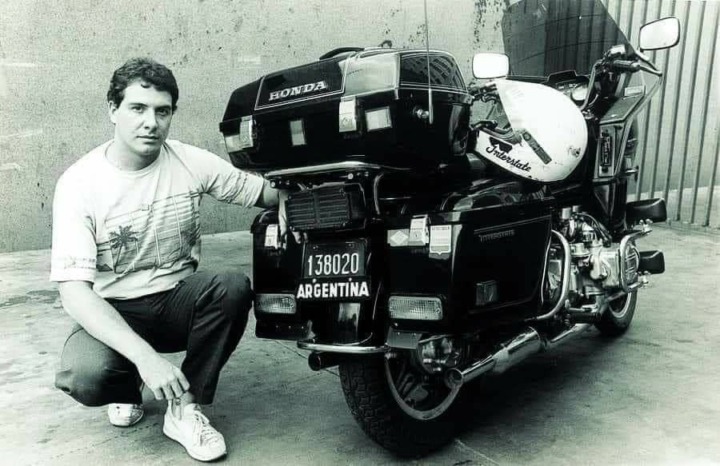 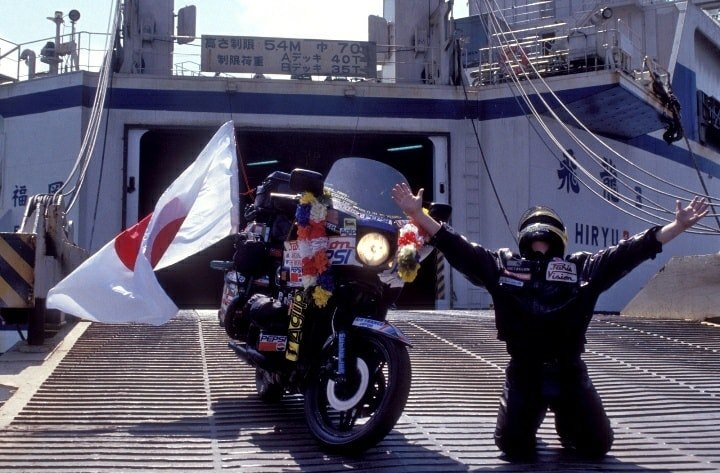 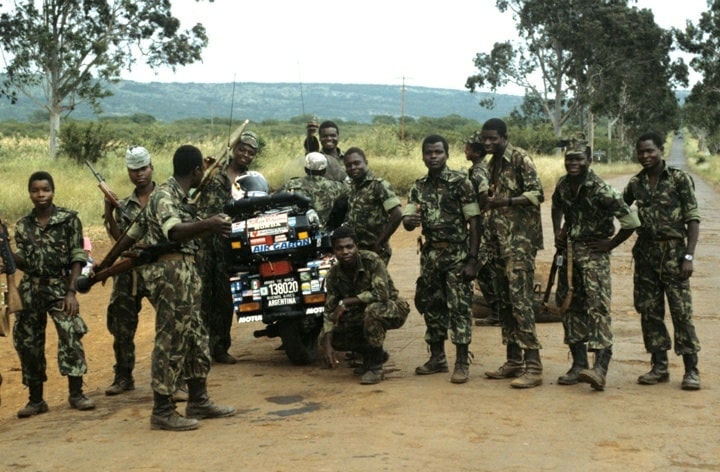