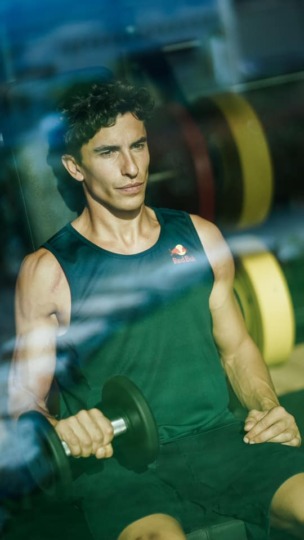 What a bizarre MotoGp season it has been so far. COVID has had all sorts of effects on the calendar, the inability of spectators to attend the races, the heath scares that have concerned the paddock and the general uncertainty that has been evident week by week.

But what has been most evident is that 2020 has been the closest season in recent memory. The reigning World Champion remains at home recuperating from his incautious decision to come back to racing too soon. And, while the cat’s away, the mice have certainly been playing. 10 races so far, only one repeat winner, Quatararo who has won 3, 4 maiden GP winners (Olivera, Binder, Morbidelli and Espargaro)  and 7 different winners altogether.

The result of this is that the pointscore is as tight as ever. With just 6 races to go, the Frenchman leads by just 10 points and, if the unpredictability of the season continues, it probably will go “right down to the wire” the term beloved of the commentary team.

Quats remains the favourite but he is no sure thing and, if the next round at Aragon sees the return of Marquez, then the uncertainty will be increased. Speculation is rife about the return as it is about how fit he will be and how race-worthy he will be after such a long lay-off. In terms of physical fitness, the pictures coming out of the REPSOL garage seem to indicate that that certainly will not be a problem. Marc has been exercising constantly and, if anything, looks a little TOO thin for my liking at the moment. As far as his MENTAL fitness is concerned, the haters are hoping that the accident and the subsequent lay-off will have permanently affected bis confidence and his will to win. If they are hoping this they are doomed to disappointment. The lion is at its most dangerous when it is cornered and he will come out roaring, you can be sure.

Incidentally, the constant sniping by the yellow army about how the crash will affect his confidence could hardly be worse placed given Rossi’s recovery from a much worse accident some years ago. And, speaking of Rossi, he achieved another record in his long career ate Le Mans, 3 consecutive retirements from 3 consecutive races all through accidents that were all unforced errors. Those who were hoping for a 10th world title in 2020 while Marquez wasn’t around are gnashing their teeth in frustration. It’s all swings and roundabouts, but this is NOT the time for him to exhibit a glass jaw, something he has never done before.

Aragon IS Marc’s home GP; it will be a double-header so a perfect place for him to make is return. And, speaking of the Marquez clan, what a splendid ride by Alex in the rain at Le Mans. He certainly is a late-bloomer but it looks like he’s finally getting his head around the tricky Honda. All of which raises the issue, where will he be in 2021? As far as I can see there are no available seats left. Definitely a puzzle.

And, where will Dovi be? Answers on a postcard, please.