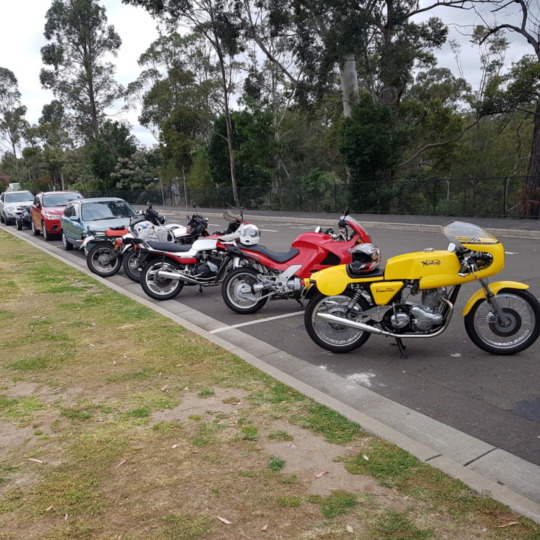 My club holds lots of rides every month which is great. A regular monthly ride is the Ron Foye Ride, named in honour of a past club member. Yesterday was Wednesday so the regular RFR was scheduled. It had rained during the night, about 10mm actually so the roads were wet and the mist hadn’t even risen out of the valley and over the top of the escarpment. It didn’t look promising. Nevertheless, I dragged Bexie out of the garage and headed off to the start point for most of our rides, Key battery Service on Mt Keira Rd. I had to stop and get fuel but, even with that, I was still well early for the 1000 meet-up. I must admit I was a bit surprised when there was only a handful of bikes there,  the CEMCC lot are well known for being hardy souls.

I figured that more would arrive but, come hit-out time, there was only 9 bikes. That number reduced dramatically as soon as we left as three members had just come to say hello and weren’t even GOING on the ride. The word “soft” was bandied about quite a bit. All of the participants were dressed up in their “wets” except me. I just had my Summer jacket on and textile jeans as usual. I couldn’t see what the panic was about, I figured that, once we got through the low cloud on the way up the mountain, the sky would be clear and no rain would eventuate.

Mt Keira Road has large sections that don’t get the sun until late in the day so it was tippy-toe till we got up on the top and out to the Picton Road. The venue was Warragamba Dam, just outside of Silverdale, about 100 kms from home.

Sure enough, the weather was great once we got onto the road and it remained so for the rest of the day. While it is almost exactly 100 kms from my place to Silverdale, I knew it would be longer than that as the boys know all of the backroads. They even know a lot that I don’t know and it didn’t take long for me to be completely confused. While I knew the general direction we were heading, some of the turns taken seemed to me, at least, to be taking us in completely the wrong direction. But, I wasn’t the ride leader so I shut up and followed along. It was only after we went through the same intersection twice that I realised that maybe the ride leader wasn’t quite as au fait with the roads as he wanted us to think. 🙂

Anyway, we eventually DID get to the dam and wandered down and looked at the water. There’s plenty there, the March rains had boosted the catchment enormously.

While our club is a classic bike club, riders are encouraged to ride whatever they have on these rides so there was a nice mixture of old and relatively new. The ride leader was on a lovely ST1100 Honda and there was a nice BMW R1200S there, too. A rider turned up on a gloss black Can-Am Spyder RS, very tasty. On the classic side there was Bexie, of course, a mint R80GS Beemer, a lovely 1970’s Yamaha XS850 triple and, joining us along the way, a glorious Gus Kuhne Replica Norton 850. 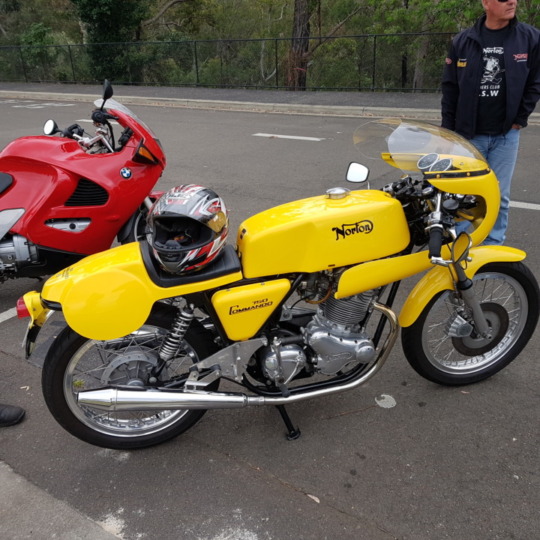 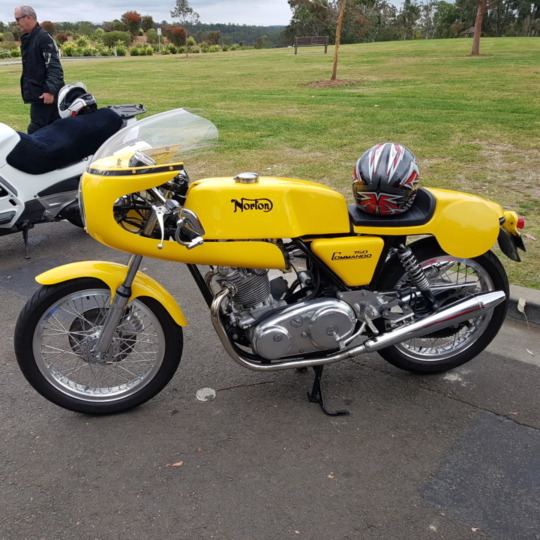 After surveying the sights, it was voted to visit the bakery in Warragamba for lunch. I had to bug-out, unfortunately, an appointment in Dapto at 1400 means that I’d be cutting it a bit fine if I stayed and ate. A spirited run down the Oaks Road and back into Picton and then an easy run back down Picton Road get me back to Wollongong in plenty of time. The road down Mt Keira was still damp so I took it easy and got home in plenty of time to get out of the bike gear and into my “civvies” for my appointment.

I am amazed each time I ride her how “modern” Bexie feels. I am so glad I bought her back.