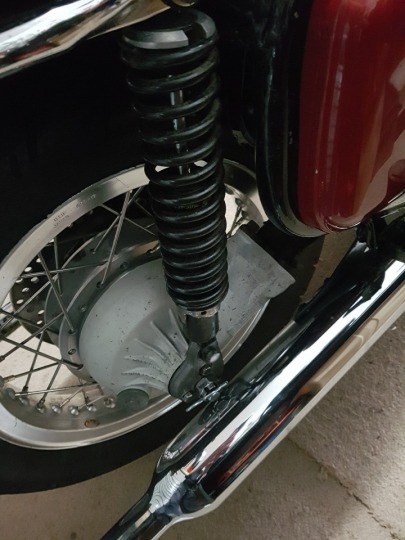 Not long after I started the restoration process of the Gold Wing, someone told me something very important. “Don’t expect the Gold Wing to be like the VFR,” they said. In my mind I was thinking, “Well, der, of COURSE it’s not going to be like the VFR.” But then they went on. “Owning a classic bike means that you will always be tinkering, fiddling with little things that need fixing. You can’t just get on them and ride and not expect to have little things go wrong.”

Of course time has proven him to be 100% right. There hasn’t been anything major go wrong (well, it depends on your definition I guess – please read on) but there certainly has been lots of little fiddly things to occupy my mind.

Last Sunday the Australian Gold Wing Association of which I am a member, organised a sausage sizzle at Warragamba Dam. It was the club’s first club outing since restrictions have been lifted and it was very well attended. I left home anticipating that it was going to be VERY cold up on the highlands and through Picton but it wasn’t that bad and, by the time I got there, the sun was shining and it had turned into a terrific day. This was my first outing with the club and I found it amusing in the extreme that, of the 25 bikes in attendance, mine was both the oldest and the SMALLEST! 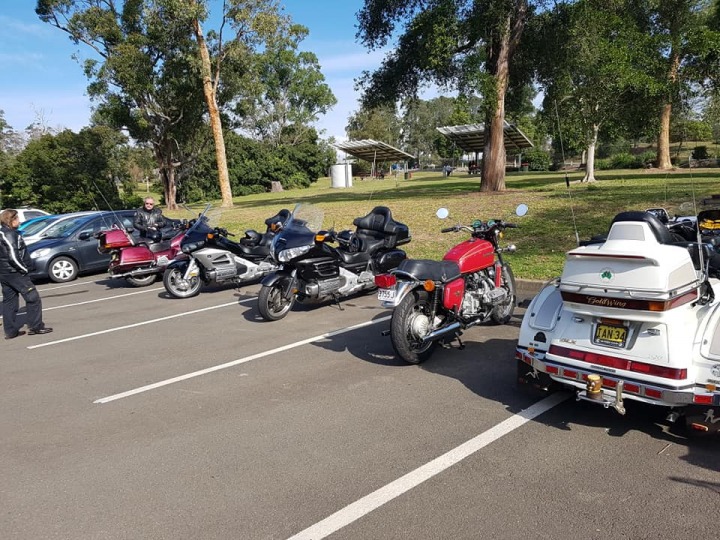 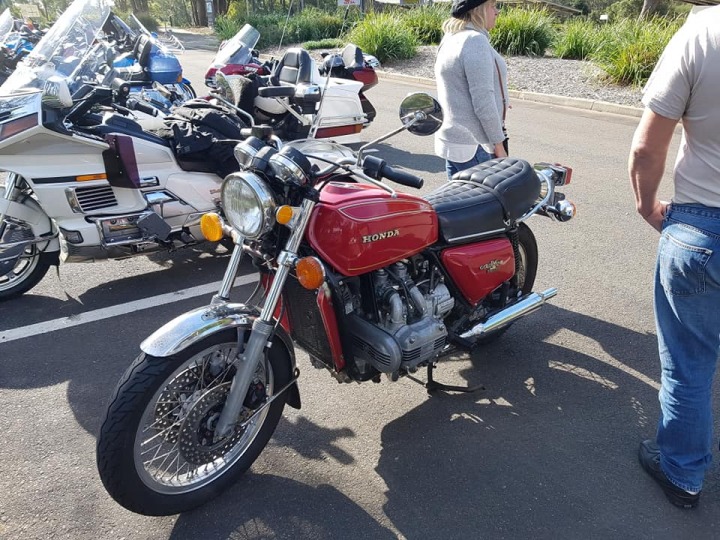 I seriously don’t know how those guys manage their big 1800cc six cylinder monsters. Anyway, as soon as I arrived and got off the bike there were plenty of members anxious to have a a look at what is a bit of GW history. And, as I was looking at the bike myself, I noticed a puddle of oil under the back. Whoops, that’s not right. My initial though that the oil could have already been there when I arrived was quickly dispelled ans I saw the back of the bike was liberally coated with the black, slippery stuff and that the right hand side of the rear tyre was also liberally coated.

Did I mention that I was over 100 kms from home? Well, I was over 100 kms from home. I went to the toilet block, grabbed copious quantities of paper towel, returned to the bike and proceeded to clean up the mess. It seemed clear to me that the oil was coming either from a burst shock absorber or from the drain plug on the differential which is also on the right hand side. Once the oil was cleaned up it was obvious that the shock absorber had blown up. Now it’s not an original, in fact it’s a Mulholland but of indeterminate age. I didn’t let it spoil my day, however, but I was concerned that I’d have to ride home like that. I certainly hadn’t FELT anything wrong but, the suspension is like a buckboard so I wouldn’t have anyway.

After lunch I grabbed some more paper towel and tucked them away in case they were needed for the trip home. They were. It astounds me that such a small item could contain so much oil. I had to stop twice on the way home and clean the area and especially the tyre but I got home safely which was great. I have sourced a set of new original-pattern shocks from a company in Brisbane, good price and cheap postage so that will be my next bit of “tinkering”.

Oh, and while I was coming home, this happened. 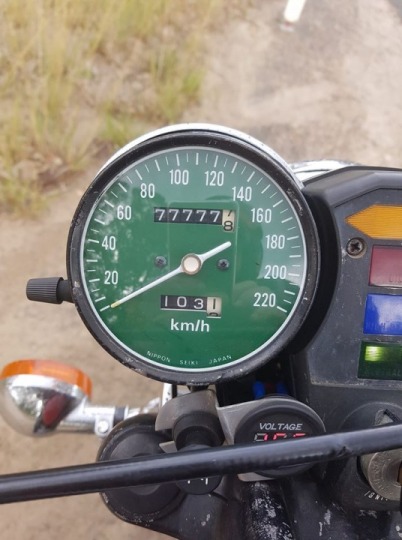 I now have a matched set 🙂 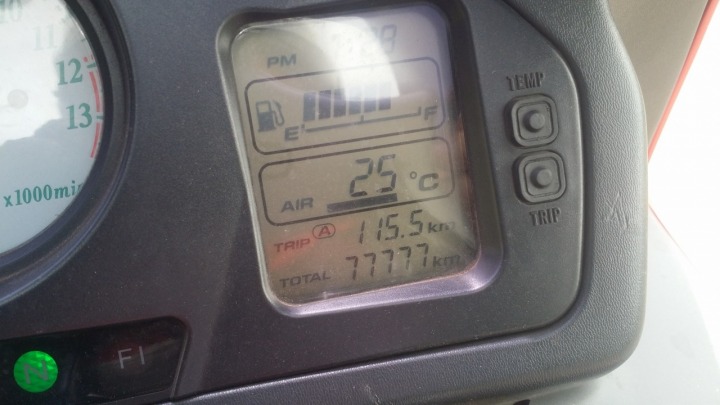 That’s all for today, catch you next time.