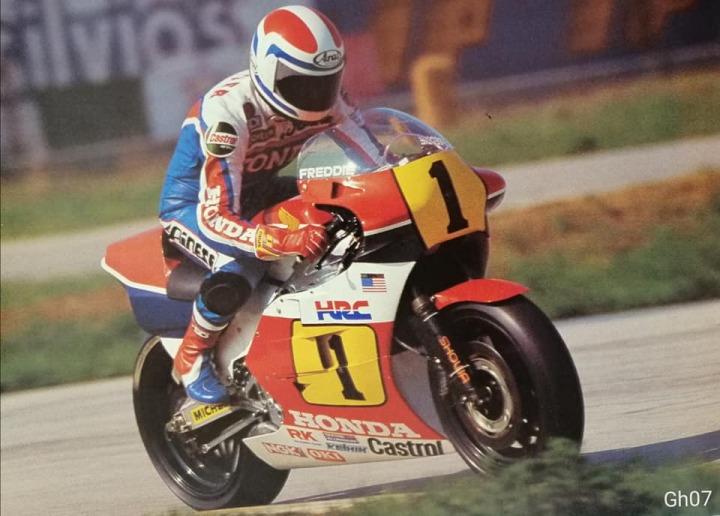 Last time I posted I got myself sidetracked in the discussion about two steps forward and one step back. What started out as an examination of how motorcycle manufacturers seem to follow this mantra, morphed into a discussion about minor issues with the Gold Wing. So, without further ado, I want to get back to the theme of the current symposium and look at some examples of how manufacturers seem to have a funny misunderstanding of the term “progress”

Now I’m sure that you can think of dozens of examples of where motorcycle manufacturers seem to have reverted to form like this. Despite my Honda loyalties I have to confess that Big Red has been more guilty of this nonsense than probably all of the other manufacturers put together. Quite why they persist in this vein is quite beyond me though I do think it has something to do with corporate pride and that indefinable concept of “face”. For most of their corporate life, Honda HAS been the dominant manufacturer and this has led to their constant seeking out of ways to not only BE so to be SEEN to be so as well. And what better why to keep your name before the public eye than to constantly produce technologically innovate machines?

It wasn’t that long ago that Honda produced another of their howlers, the VFR1200 Honda. Now, despite having been constantly besieged with VFR fans who only really wanted one thing for their new VFR, more capacity, Honda chose, instead to build a brand new design that answered none of the questions that VFR owners had been asking at all. In fact, as someone said, it answered the questions that nobody had been asking. I well remember riding up to Sydney for the launch. It was a spectacular-looking machine, the quality of the finish was extraordinary but, the bike was a huge disappointment. By then the full details of its specification had been revealed and I had no expectations of the new model fulfilling my ideals, but I was invited so I went.

We wanted a 1000cc engine, a more sophisticated suspension bundle and an updated appearance, that’s all. Instead, Honda, in typical fashion, dropped three existing models, all of which were excellent in their field and somehow expected that the new VFR would be an attractive proposition to buyer looking to upgrade from the discontinued Blackbird, VTR1000 and the existing VFR. It was never going to work. The 1200 was too heavy; the fuel tank was ridiculously small, the engine was weirdly configured; it had shaft drive and it was RIDICULOUSLY over-priced. Unsurprisingly, despite being very quickly discounted (and heavily so), the bike bombed in the market place and dealers were left with unwanted 1200s on the floor while buyers continued to buy the now-supposedly discontinued VFR800. It took a couple of years for Honda to wake up but the 8th Gen VFR, released in 2014, a cosmetic upgrade of the Origami bike, was an admission to all and sundry that Honda had bombed out and bombed out badly.

Sadly, there was to be no more steps forward with no plans for a new VFR and Honda hoping that potential buyers will find something else in the catalogue that can do what the VFR, the VTR and CBR-X could do.

Surely the Japanese manufacturers couldn’t get it wrong in racing, though, could they? You bet your sweet crankshaft they could. And they DID.

Following on his back-to-back world title wins for Suzuki in 1976 and 1977, Barry Sheene had every right to expect that Suzuki would provide him with a much better bike in 1978. Yamaha was gearing up for a huge assault, spearheaded by the as-yet unproven Kenny Roberts. But did they? Nope, they didn’t. They produced a new version of the RG500 that their engineers were confident was a much better bike than  the existing machine. Except that it wasn’t. Despite all that their calculations and slide rule projections had suggested, it was a step backwards. Barry hated it and told the engineers so, “But, Sheene-san, this is a better bike,” they said. The stop watch and the rider’s seat of the pants said otherwise. And, right on cue, Roberts, crewed by Kel Carruthers, mopped up THREE consecutive world title while Suzuki flaffed around. Yes, the later model RG’s were MUCH better bikes and won a couple more titles after Roberts’s trifecta but it could have and should have been so much better.

Just as Honda has shown that the bigger the company, the bigger the bloopers, so they did in racing. Spencer’s V3 Honda was a superb bike, light and “flickable”. He bested Roberts in the 1983 title chase and Honda moved on, building him a FOUR cylinder bike for his 1984 title defence. And you know what happened, don’t you? This. 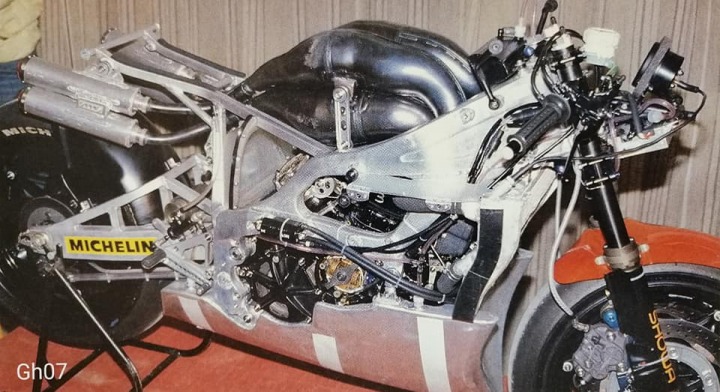 Reasoning that a bike handled better with a lower centre of gravity, Honda engineers turned the NSR500 upside down, putting the fuel tank UNDER the engine and the exhaust pipes on TOP. Now, despite all their impressive engineering skills and qualifications, anyone could have told them that it wasn’t going to work. And so it proved. With a full tank at the start of the race, the bike WAS impressively stable though riders found it hard to psychologically get their heads around the weird layout. However, as the fuel load lightened, the bike became increasingly more and more top-heavy and harder to ride. While other bikes reacted BETTER as the fuel load dropped, the NSR behaved WORSE. Factor in the catastrophic failure of the “trick” carbon fibre rear wheel at Kyalami and it was clear that Spencer was going to need a miracle to repeat his 1983 title victory. Spencer won 5 GP’s that season, significantly TWICE on last year’s 3 cylinder bike, but he didn’t repeat his 1983 success. In 1985 Honda went back to basics, produced a “conventional” NSR and Spencer duly won the 500cc crown, backing up to also win the 250cc crown as well, the first time that this had been done and also the last time that this was to happen.

Well, now you would think that, having been bitten once by this fiasco, Honda would have tucked it away in the file with a notice “Do not Repeat” written across it is large, black print. But did they? Oh, no, they didn’t. And it wasn’t as if they let a considerable period of time elapse before they did it again, it was only 4 years and they took two steps back without any prospect of any forward steps at all. It was 1988 and HRC was rejoicing in the 500cc title win by Aussie, Wayne Gardner, the year before. So, new season, we must have a new bike, yeah? Of course we must. Now Honda was doing pretty well in F1 at this stage and the bike division made the fatal mistake of allowing their CAR boffins to have considerable input into the design of the “improved” 1988 grand prix machine.

I actually heard Wayne himself tell this story and, if it wasn’t so diabolically bad, it would actually have been funny. The F1 boys, working out of their car racing parameters, determined that what was required was a lower centre of gravity (stop me if you’ve heard this one). In PRACTICE, it was exactly what was NOT required. The 1988 bike was a shed,and it drove Wayne to distraction. It didn’t help that he was trying desperately to defend his title from the year before, but the bike was simply awful, despite, as usual, what the Honda technicians said while they assured him that the bike was better!

In despair, Wayne was sitting in his motorhome in the pits when he saw Kevin Schwantz’s Suzuki leaning up against Kevin’s motorhome parked next door. It was pretty obvious once he started looking at it more closely that the Suzuki was noticeably taller than his Honda with considerably more ground clearance. Wayne quickly called his head mechanic who proceeded to take dozens of photos of the bike through the (tinted) windows of Wayne’s van. Then, surreptitiously, they took similar photos of Wayne’s Honda and it became very clear that the “low centre of gravity” plan was the problem as the Suzuki was a vastly better-handling bike. Next, they got the photos developed and enlarged as far as they could and printed onto large sheets of photographic paper. Comparing the two bikes confirmed what they had been thinking, the Honda was just too LOW.

Against the wishes of the team manager, they then proceeded to hack up the bike and reconstruct it using the parameters they had determined from their eyeball observation and the succeeding photographs. While the team manager took the “be it on your own head” position, he didn’t prevent the experiment. The bike was transformed and suddenly became a race winner. In fact Wayne was in a position to win the last race of the season and retain his title when cooling system issues intervened. Again, another case of two steps backward, but it wouldn’t have been one step forward at all except for an observant rider.

Thus history repeated itself and I am sure that it has done so many times again since. Will they ever learn? I don’t think so.